It was one of the biggest chess championships ever held in Bahrain, organized by the Indian Club Bahrain in association with Arjun’s Chess Academy. There were a total of 140 participants from 11 countries. The event saw a prize of $1500, with a top prize of $400 USD. Syria’s Mero Aghiad scored 6.5/7 to win the tournament. Novo Lee Anthony and Elsehenawy Ibrahim both scored 6/7, but Anthony took 2nd place thanks to better tiebreakers.

Aghiad was the 12th seed in the event, and then beat 2 titled players and won the event! 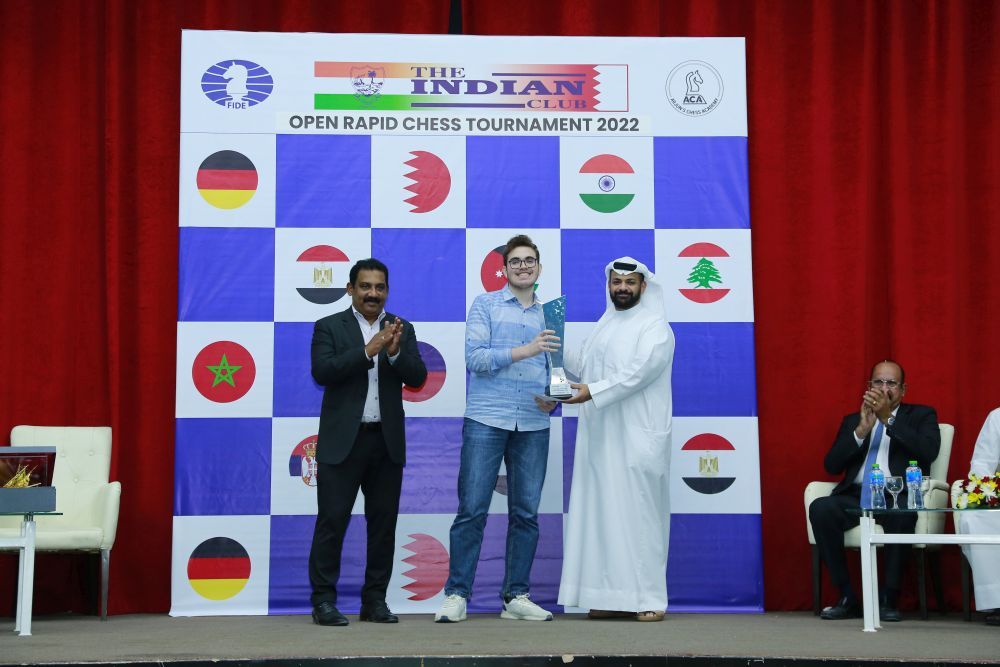 Dhruvi Shrikant Panigrahi of India placed 1st in the U-10 category, with a score of 4.5/7 |Photo: Arjun Kakkadath

Rishi Kankhara won the U12 category. The top 3 players were all Indians! | Photo: Arjun Kakkadath 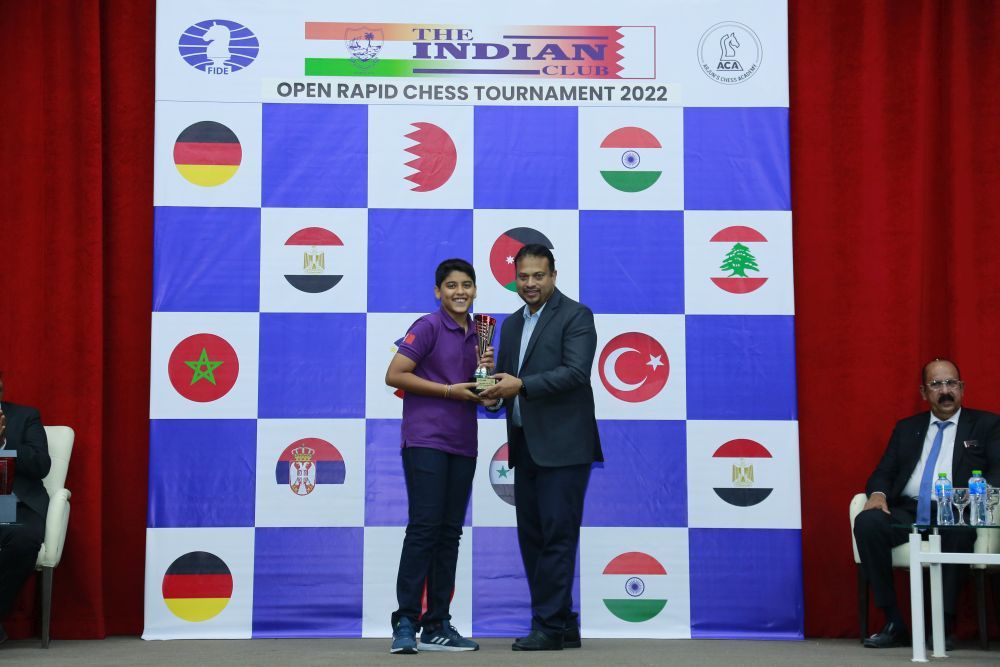 Vismay Sachar had the highest score among Indian players – he finished 11th overall, scoring 5.5/7 and winning the U-14 category. |Photo: Arjun Kakkadath 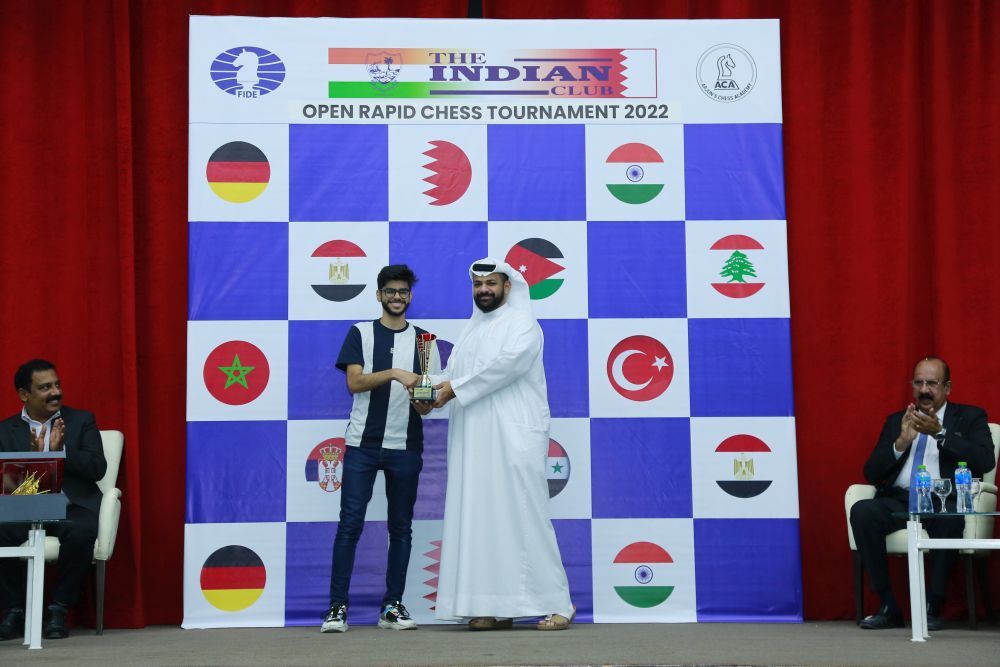 Special thanks to Tournament Director and Deputy Head Referee Arjun Kakkadath for sending us all the photos and details. Delegates from the Indian Club and Arjun’s Chess Academy have informed us that there will be many more events to come in the future!