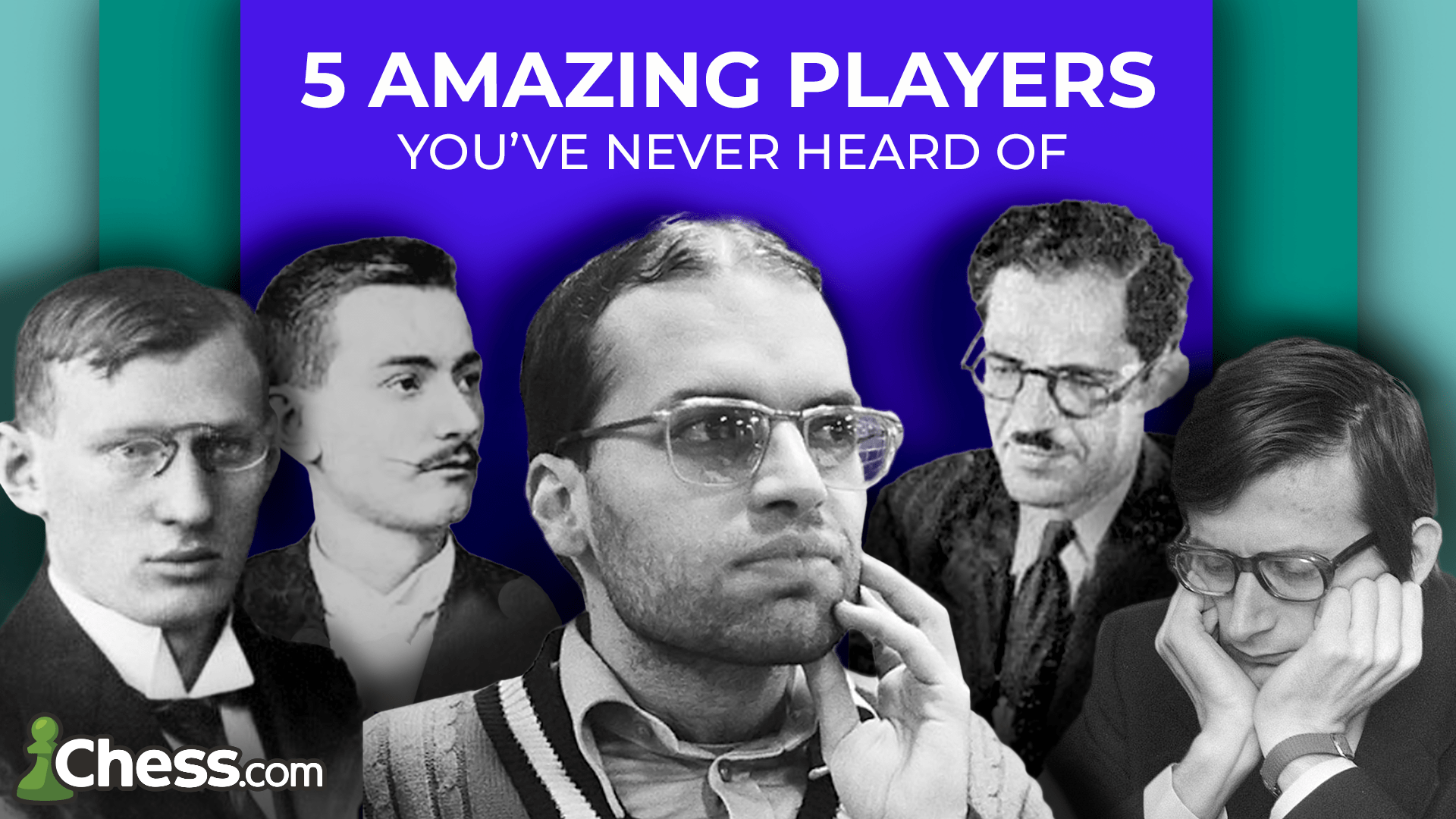 There are many world champions, challengers, candidates, world-class players, national champions and well-known grandmasters in chess circles. The best players our game has ever seen are constantly celebrated and for good reason! However, there are many fantastic players most chess fans have never heard of who deserve more attention than they get.

None of the notable players on this list is considered a “family” chess name due to various issues beyond their control, but they have all made great contributions to the royal game – with theoretical ideas that have stood the test of time. the test of time, with their magnificent games, or both.

Without further ado, here are five underrated but amazing players that most have never heard of:

Rudolf Charousek was a Hungarian master and one of the top 10 players of the 1890s. In 1893 he participated in a correspondence tournament and first shared with Geza Maroczy. In the same year, he played an incredible match with a memorable checkmate. Can you find mate in three after 16…Nc6?

Charousek made his international debut at the Nuremberg tournament in 1896. It was at this tournament that he beat world champion Emanuel Lasker – as far as I know he is the only player in the history of the game to have defeated the world champion using the King’s Gambit in a tournament:

After those great performances, Lasker said, “I’ll have to play a championship game with this man someday.” Sadly, Charousek died of tuberculosis at the age of 26. He never had his chance to win the title, but who knows, maybe Charousek could have been world champion?

At the start of the 20th century, Gyula Breyer was a promising Hungarian master and world-class player. After winning the 1912 Hungarian championship ahead of Richard Reti and other masters, he became one of the main pioneers of the hypermodern school.

After World War I, Breyer won the 1920 Berlin tournament ahead of Reti, Maroczy and two future GM World Championship challengers Efim Bogoljubov and Siegbert Tarrasch. Here is a magnificent offensive game played by Breyer from this tournament where he beat Maroczy with ease:

In 1921, Breyer played 25 games blindfolded simultaneously, which was a world record at the time. His greatest contribution to chess theory is undoubtedly the Ruy Lopez variation that bears his name.

The Breyer variant of the Ruy Lopez is still played at the highest level today. It has been used by some of the greatest players to play the game, including several world champions: GMs Garry Kasparov, Magnus Carlsen, Viswanathan Anand and Vladimir Kramnik.

Perhaps Breyer would have become a “family” chess name had his career continued, but he (like Charousek) died at a young age of heart disease.

GM Isaac Kashdan was a world class player and America’s top player for years. He has won the US Open twice and played first board for American teams that have won the Chess Olympiads in 1931, 1933 and 1937. Playing in five Olympiads, Kashdan won a total of nine medals – this is still the record for an American player.

Kashdan’s chess career slowed due to economic hardship during the Great Depression, and he sought other avenues of employment to support his family. He was still playing at a high level, and in 1948 he was playing his immortal game – the sacrificial attack is legendary, and the muffled checkmate leaves a lasting impression:

Kashdan was awarded the grandmaster title in 1954 (many years after his peak in chess) and was a popular chess writer. In 1960 he won the title of international referee and supervised the two Piatigorsky Cup tournaments. Later in life he was an important administrator of the United States Chess Federation.

As the saying goes, life gets in the way of chess – Kashdan lived through World War I, had its peak years during the Great Depression, then continued playing through World War II and beyond… Kashdan is an underrated American Chess Hero.

GM Albin Planinc was a two-time Slovenian champion and a world-class player. His first major success came in 1969 when he won the Ljubljana tournament ahead of nine grandmasters as an untitled player. After winning the Grandmaster title in 1972, he finished first alongside GM Tigran Petrosian at the IBM tournament in Amsterdam in 1973 in front of many grand masters including GM Boris Spassky.

Planinc was on the verge of being among the top ten players in the world in 1975 when he played a dazzling game for the ages. This game demonstrates Planinc’s incredible imagination and creativity – his queen sacrifice and king hunt leave a lasting impression. Here is the game with annotations by NM Sam Copeland:

Like most actors on this list, Planinc’s story doesn’t have a happy ending. His playing began to decline in the late 1970s and after battling depression for many years, he spent the last two decades of his life in a mental institution.

He left this world at the age of 64 (the number of squares on a chessboard, as you know) – the same age that GM chess giants Bobby Fischer and Wilhelm Steinitz died.

GM Henrique Mecking was Brazil’s first Grandmaster and a World Championship contender. It peaked at world number three in 1978, behind only GMs Anatoly Karpov and Viktor Korchnoi.

Mecking won his first Brazilian championship at the age of 13 and he finished first in the South American championship the following year. Here’s an example of brilliant play from Mecking that displays his great tactical abilities from a relatively calm opening. The exchange sacrifice with 16.Rxd7! keeps the black king in the center, and the sacrifice of the pseudo-queen 23.Qd4+ forces a delightful checkmate!

In 1973 he won the Petropolis Interzonal ahead of many chess legends including GMs Efim Geller, Vasily Smyslov, David Bronstein, Samuel Reshevsky, and many more. Mecking reached the quarter-finals of the Candidates Tournament, where he was defeated by Korchnoi.

Here’s a match from his 1974 Candidates match with Korchnoi. Mecking uses a solid mix of tactics and positional play to earn a pawn and claim victory against the mighty Korchnoi.

Mecking also won the Manilla Interzonal in 1976 in front of a star-studded field that included Spassky. In the Candidates Tournament, he again reached the quarter-finals. While playing in the 1979 Interzonal in Rio de Janerio, he fell very ill and was forced to withdraw from the tournament. He was diagnosed with a rare neuromuscular disease from which he took a long time to recover.

Mecking made a triumphant return to the 64-place finish a dozen years later and continued to compete. In 2009, he drew in four games with the best Brazilian player GM Alexander Fier. In 2011, he placed third in the Brazilian league and is ranked 2553 as of September 2020.

I find great pleasure in studying players of the past, especially those who have achieved as much as the players on this list. All of these players have devoted most of their lives to the noble pursuit of chess and have faced terrible hardships to achieve it. I hope you enjoyed this brief overview of these incredible players. Let us know your favorite player on this list in the comments below!