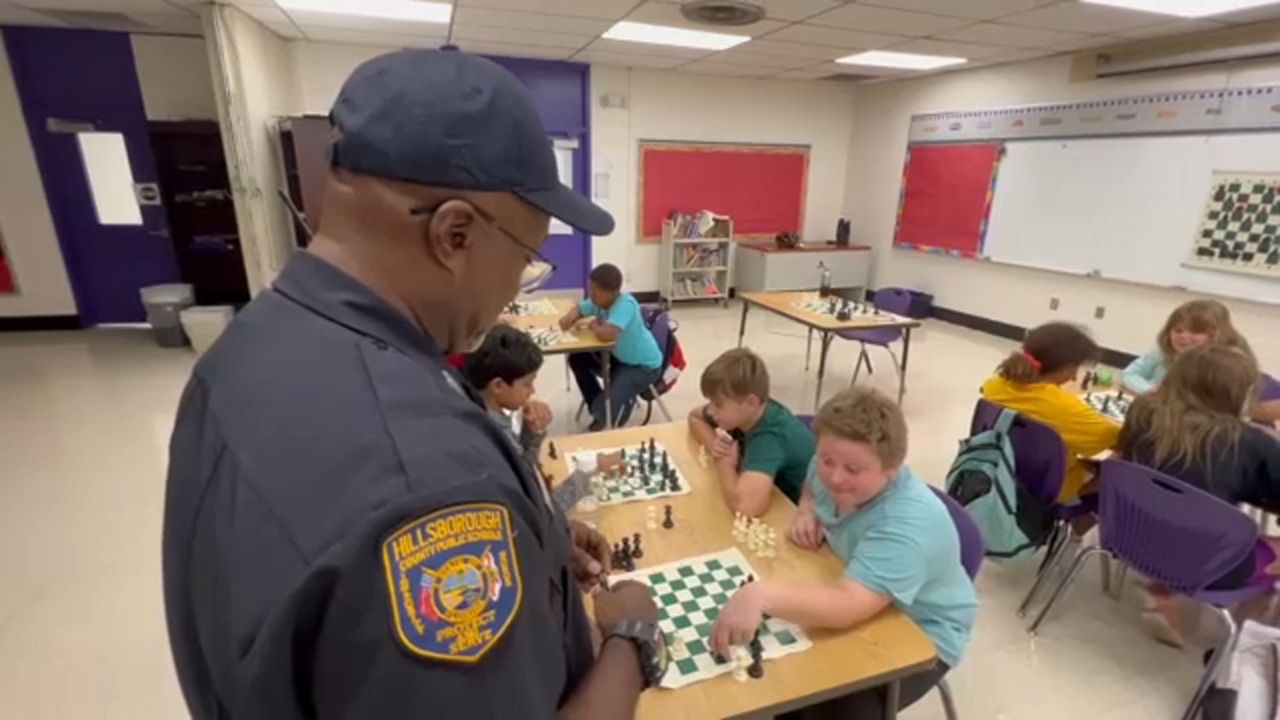 BRANDON, Fla. — Concentration, anticipation, planning and analysis are all skills that a Hillsborough County school resource officer says can be taught by playing a game: chess.

Officer Hillary Mitchell said he took it upon himself to teach these skills to students at Kingswood Elementary School. He meets a group of third, fourth and fifth graders once a week, to share his love for the game of chess.

What do you want to know

“Forty years ago I was in the Air Force and one of my roommates taught me how to play and I’ve been very interested in the game ever since,” Mitchell said.

And although chess is a game, studies conducted by ChessEDU have shown that children who play not only do better academically, but, among other things, also have better critical thinking skills and are more creative.

Fifth grader Jeremiah Mack says he can attest to that.

“I learned about piece movement and how to attack,” he said.

Mack said playing chess isn’t easy, but every Monday he stays after school to learn from Mitchell.

“There are a lot of novice chess players here, like most of them, so I try to teach them certain things and I try to make those who have a better game play with those who are weaker, hopefully to help them strengthen their game,” Mitchell said.

He started this chess club after noticing that many students lacked focus and thought it would be a great way to help change that.

Now the club has become so popular that there is a waiting list to enter.

“I explained to them that chess is like life – the moves you make today will dictate how things go tomorrow,” Mitchell said. “So it’s very important that you think about what you’re going to do – just like in chess, you think about your moves and see what might happen if you make a certain move.”