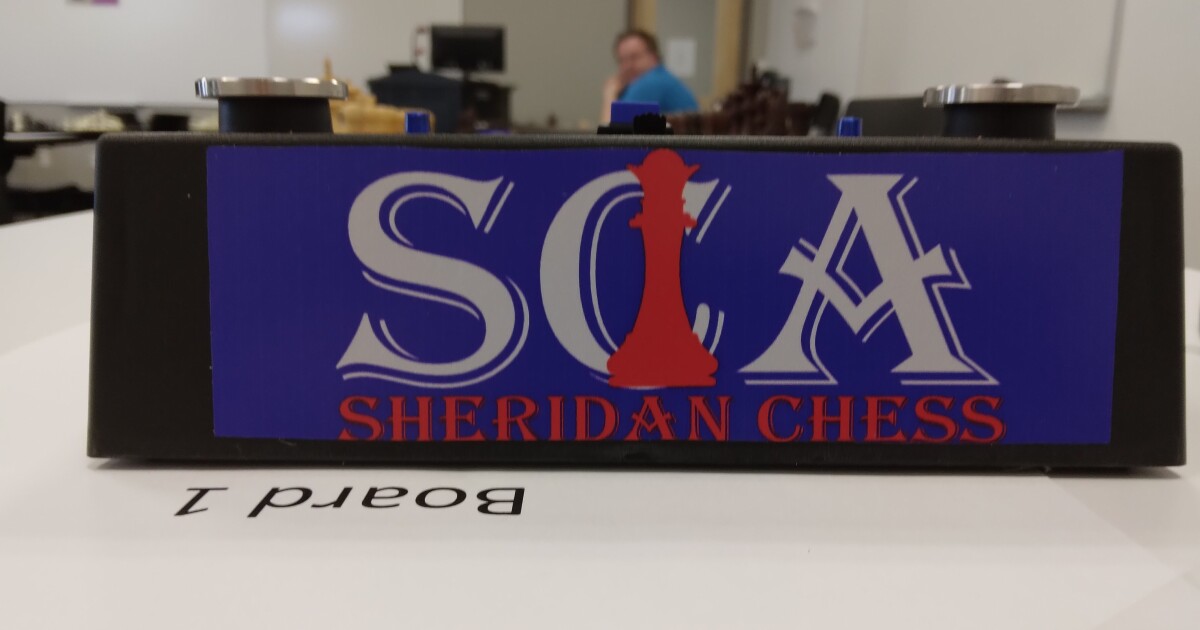 the Sheridan Chess Association (SCA) The first annual tournament was held April 30 and May 1 at Sheridan College, which drew participants from across the country in addition to four international players and two coaches from Kyrgyzstan.

Most of the participants traveled from various places to participate in the tournament, but several locals also decided to test their chess skills.

“My girlfriend found it in the newspaper [and] asked me if I wanted to do a chess tournament because I play a lot online,” said Bryan Donnafield, who was from Big Horn. “So she said, ‘Do you want to play in this chess tournament? chess ?’ and I said, ‘Yeah, why not?'”

Donnafield has been playing chess for a long time, having learned to play in third grade.

“I haven’t really played chess in a long time,” he said. “The last time I did it was very confusing, it didn’t seem at all like, you know, when you look at something two-dimensional, you get used to that screen thing and then when you you’re three dimensional, it’s almost like another game.”

Since its creation in December, the SCA has been teaching the game to young people as a learning tool.

“We have about 20, 25 [people] coming in and we’ll run them for six, eight weeks at a time and we’ll play chess and try to teach them what we can,” said SCA member Larry Mooney.

SCA has held two sessions for the kids so far and is planning more for the summer if they can make it work. Another session is scheduled for the fall at the start of the school year and is free.

Each participant in the tournament was guaranteed to win or lose five matches. The chance to also face more skilled competitors was also a draw for some.

“I’m really here to learn and enjoy the experience,” said Anthony Minichiello, who traveled with three other tournament participants from Boise, Idaho. “I love playing chess, and you know, I guess I don’t have crazy expectations.”

Minichiello is relatively new to chess by his own admission. He said chess wasn’t Minichiello said he downloaded a chess app and lost most of the games he played, at least initially. He only started playing with a physical board and chess pieces relatively recently. He said he would ideally like to see improvements in his state’s chess community.

“Idaho’s chess community could definitely use some work and some people like to shake things up,” he said. “The problem is, I don’t think there’s a lot of youth awareness of chess and chess just isn’t, it’s not that big in Idaho yet. I’d like to see that s ‘improve.”

Alexander Fishbein was also present for the tournament after reading about it in a professional chess publication. He achieved the Grandmaster title, which he has held for 30 years and which is the highest title a chess player can receive second only to the world champion. He also played 25 games simultaneously the day before the tournament, competing against children and members of the community.

“And I’m from Wyoming, I used to live here, I used to live in Casper, I went to school there, so how come there’s a tournament in Wyoming and I don’t don’t even know?” said Fishbein.

Fishbein has lost track of the number of tournaments, big or small, he has participated in, but said it was in the hundreds. He and his family immigrated to the United States from the Soviet Union in 1979 when he was 11 years old. They settled in Colorado before moving to Wyoming and then to Denver where he graduated from high school. The SCA has also recently purchased a chess library and will donate these chess-related materials for public use.