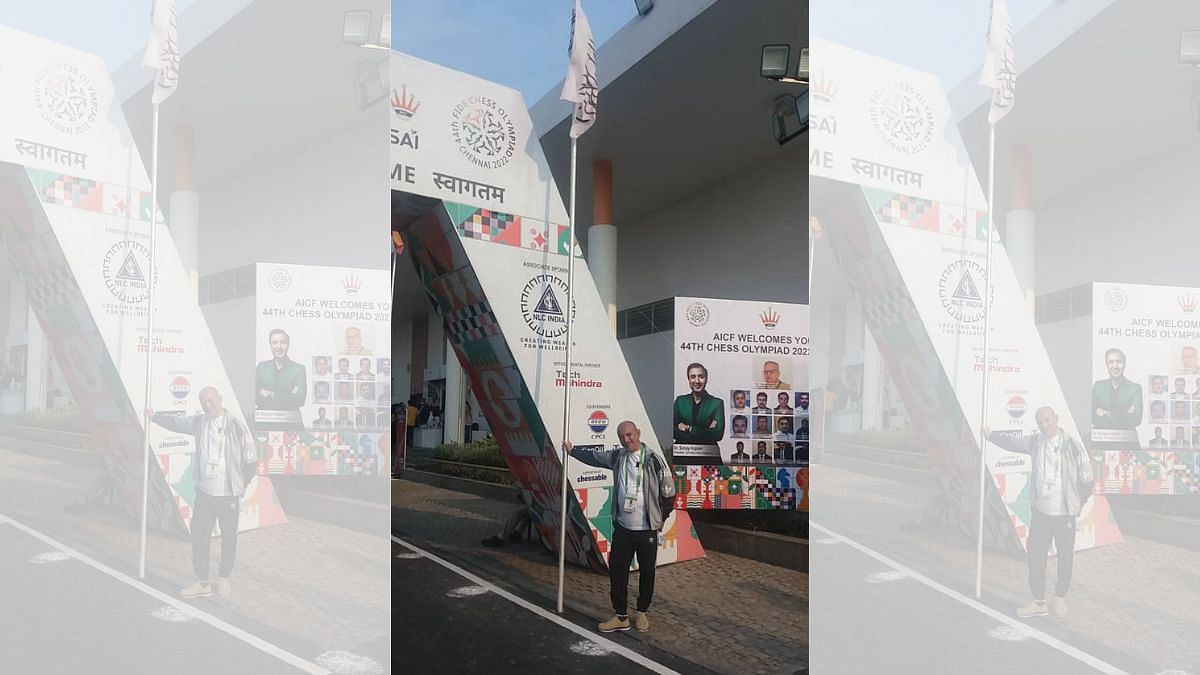 New Delhi: Afghan players taking part in the 44th Chess Olympiad in Chennai were seen waving the white flag of the Taliban, as they officially take part in the international sporting event under the former tricolor of the former republic government from Afghanistan.

The matter came to light on Sunday when Ahmadullah Wasiq, director general of national radio and television and acting director of intelligence and deputy head of the cultural commission of the Islamic Emirate of Afghanistan, tweeted a photo of the one of the team members posing at the site with the Taliban flag.

“Players from 199 countries, including Afghanistan, have gathered for the games in India. Wherever the players are, the white flag of Afghanistan is displayed prominently and prominently at the gate,” Wasiq said in a tweet.

He also said that it “shows the good relations between the two countries (India and Afghanistan)”.

This was immediately widely shared by all the Twitter handles that are pro-Taliban.

However, according to the official website of the Chess Olympiad 2022, the team of Afghanistan plays under the old tricolor of Afghanistan.

“We use both flags. Inside the site we use the old flag, but outside the main site we can use the white flag. We are players, we have nothing to do with politics,” Quraishi Obaidullah, chairman of the Afghan National Chess Federation, told ThePrint from Chennai.

He added that initially no one was stopping them from posing with the Taliban flag, and that was also on the poster outside the main hall, they found those posters removed from the hall on Sunday morning when they came to play. “My team is performing well and I hope we can qualify for the final round. The authorities here are taking good care of the whole delegation,” Obaidullah said.

India does not officially recognize the Taliban interim government, nor the Islamic Emirate of Afghanistan, and therefore does not allow the use of the white flag. Even the Afghan Embassy in New Delhi uses the old flag.

How India engaged with the Taliban government

Obaidullah also said that the Afghan team got the visa through the existing e-visa process, but they did not get it in time, which is why his team could not participate in the opening ceremony July 28.

The electronic visa system was introduced by India in August last year, after the Taliban came to power in Afghanistan.

New Delhi has spoken regularly with the Taliban, but has largely limited itself to offering humanitarian aid and assistance to the Afghan people.

India has already sent 40,000 tons of wheat for the Afghan people in addition to medicines and other essential items. New Delhi plans to send 50,000 tonnes of wheat to Afghanistan.

Last month, India and the World Food Program signed another memorandum of understanding to send the last 10,000 tonnes of wheat as the war-torn country suffers from acute food shortages which have been aggravated by the earthquake in eastern Afghanistan in June.

In the same month, India also reopened its embassy in Kabul, sending a team there to monitor and coordinate the delivery of aid.