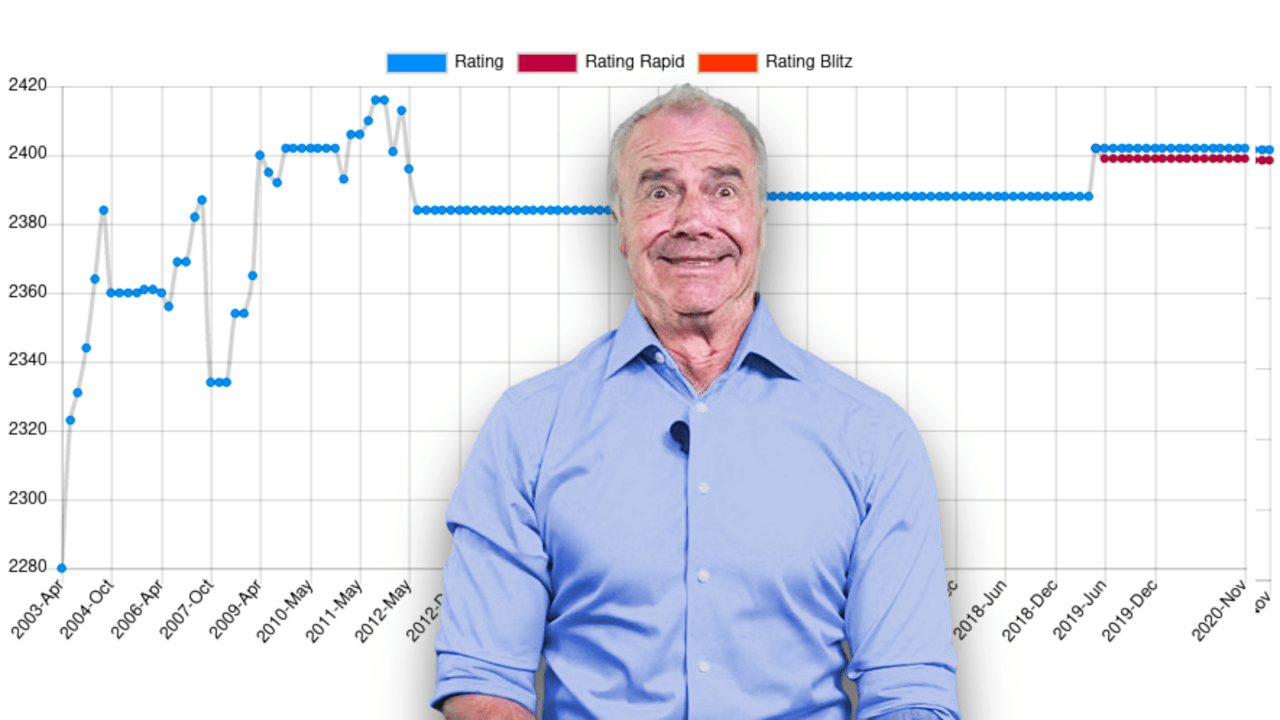 At what age do chess players peak?

A study was published last month by PNAS title “Life Cycle Models of Long-Term Cognitive Performance” which considered chess as a way to measure cognitive performance. The study looked at the move-by-move performance of top professional chess players and compared their moves to Stockfish 8. Chess Players Peak Between 35 and 45, Research Shows.” The most interesting graph in the article describes the share of optimal movements by age.

The article suggests that a player’s performance increases sharply until age 20, gradually improves until age 35, and then begins to decline. The next logical progression that aspiring chess players make is to say, “Well, does that mean I can’t get better after 35?”

There is a big difference between the players in this study and the remaining 99.9% of the chess player population – playing strength. I researched over 400 players in The Effect of Age on Improving Chess and found that a player’s rating is a stronger predictor of rating gains than age was. I don’t think the PNAS study can directly apply to most chess players because these super-grandmasters are a very different population of players.

In this article, we will attempt to determine at what age chess players peak based on their current rating. Instead of using individual moves to determine player performance, we’ll assume that a player’s ranking change over 12 months correlates with their performance. This should be a reasonable assumption given that all ages are judged on the same metric, and we do not expect any significant inflation or deflation in the rating pools over a 12 month period (Chess.com monitors this). The data going into this analysis is based on over 400 players from the ChessGoals study and comes with the usual caveats about survey data. I have done my best to check and clean the data to be used for analysis.

I stratified the players into seven age categories (

Next, I created a model that predicts ranking gain based on age and hours spent per week in chess. Since I’ve found that the optimal hours per week are around 20 hours for most players, we’ll use that value for this analysis. Now we can determine at what age, on average, each rating range peaks by spending 20 hours per week.

The results are very promising for players looking to improve! They certainly don’t show that the average player peaks at 35. Keep in mind that this is based on survey data, and also that this is an expected average annual rating gain. You could earn more or less in any given year depending on other factors not taken into account. This table shows the expected average rating gain for each combination of rating category and age category.

At all rating levels, we see a decrease in expected gain over time. This does not mean players have peaked until the values ​​drop to 0 and enter negative territory. For players rated below 1400, it seems like there are usually points up for grabs with enough time and effort! This is very encouraging news.

In the Intermediate 2 range (1400-1699), we start to see a peak on average around 73 years. Some players will peak sooner or later, but this is starting to suggest that at higher ratings we peak sooner in terms of our chess performance. . Advanced players (1700-1999) peak on average around age 58. This shows a continuation of the trend, and we see similar results for expert players (2000-2299) peaking at 50 on average.

Don’t be discouraged, there is hope after 35 years! A regular diet of playing games, analyzing them, solving your puzzles, completing strategy and endgame lessons, with a bit of opening review for dessert, will give you an excellent chance of improve at almost any age and level. Even if you see a negative value in the table above, keep in mind that these are only averages. Players can earn a few hundred points above or below these averages. Keep chess fun and you’ll have a hobby you can enjoy for a lifetime.