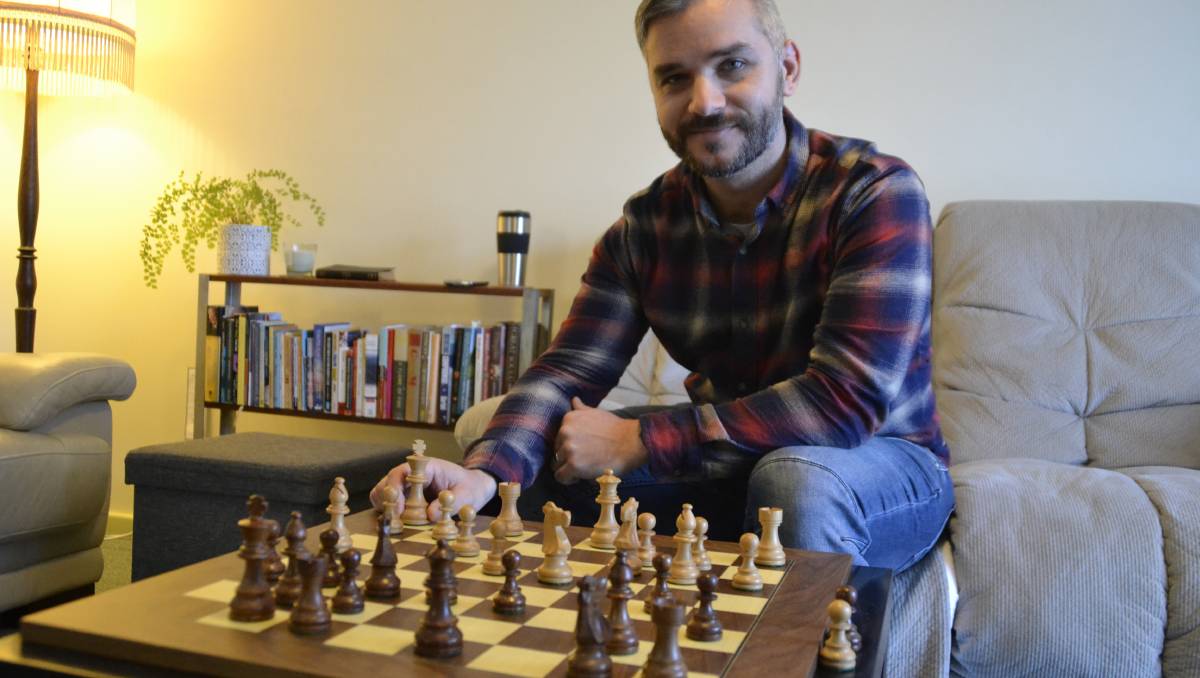 I think we unfortunately considered chess a cheesy thing and didn’t give it a good shot. But anyone can learn chess and anyone can play.

The BUNBURY Chess Club is back more determined than ever to rewrite the stigma around the game not being considered a sport.

After more than a decade in the shadows due to a lack of manpower, the club was recently revived by avid chess player and Bunbury Chess Club President, Ben Colman.

Mr Colman arrived in Bunbury just over a year ago and said he decided to revive Bunbury Chess Club after initially looking for a club to join in the area.

“About 25 of us get together once a month at the Bunbury Library for a 15 minute lesson and then the occasional game. It’s been pretty informal, but we’re gaining momentum now as we continue to promote the club,” Mr Colman said.

With vice-chairman Michael Molenaar at his side, Mr Colman managed to bring the club back to serve players across the South West.

“It’s been great. There’s definitely a wide range of ages and male and female players. Sometimes a challenge with chess clubs is people play a game, lose and then conclude they’re not not good. But the reality is that if you have someone showing you a different strategy that you could use, you can improve very quickly,” Colman said.

According to the International Olympic Committee, chess requires both physical power and mental focus and uses an internationally recognized set of rules and etiquette.

Chess is therefore considered a sport.

Mr Colman remembers being confused when he heard someone talk about chess as a sport when he was younger.

“I thought, this is crazy, I don’t understand, how can chess be a sport? But recently, I finally understood. Chess is not a physical sport but you always do exercises, you study puzzles, you can improve by watching particular positions and try to find the best move in that position.The best chess players in the world trained like an athlete.

“There is a difference between chess not including luck like your average sports game. Every game of chess you play cannot be attributed to luck through the roll of the dice or a outside factor, because you’re the one who chose to put those pieces out there.”

“Look at the highest levels, Magnus Carlsen, the Norwegian chess grandmaster. And the full-time professional online chess streamers. They all refer to themselves as ‘athletes’ as their profession.”

Mr Colman has been playing chess since he was seven years old and hopes to change the somewhat reluctant outlook people may have on the sport.

“I would like to see more people learn chess, it all depends on your state of mind. I think we unfortunately considered chess to be a cheesy thing and didn’t try it well. If you play a game and you lose, you can write yourself not very good. But really you just haven’t learned the strategy. Anyone can learn chess and anyone can play.

“You get to know yourself by playing chess. It’s a great game that you can continue forever. I will continue and improve until I’m 90.”

With free entry, players can take part in a fast-paced competition in Swiss format with 15 minutes on the clock.

“Play a few games first if you’re going to participate in a tournament, because this particular tournament is a fairly fast version of chess. It’s an unranked tournament, so you don’t need to be of a particular level.

The first prize for the open category is a $100 gift certificate.

What it takes to win