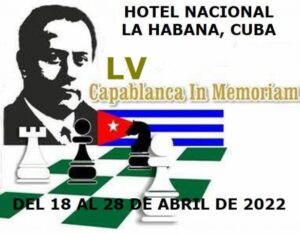 Capablanca in Memoriam brings together more than 275 chess players

In addition, the director announced that among the attractions of the event there will be a simultaneous tournament with 146 participants on Sunday, on the eve of the opening of the competition, and the children’s tournament “Looking for a Capablanca”, with the participation of 120 children up to 16 years old.

Thirteen Grandmasters (GMs) and more than 20 International Masters will compete in the tournament, and matches in the Elite and Premier groups, as well as some matches in the Senior and Open sections, can be followed live at www.chess24. com.

The 55th edition of the Capablanca will have its first round next Tuesday and in the Elite and Premier brackets it will be played in a round robin system.