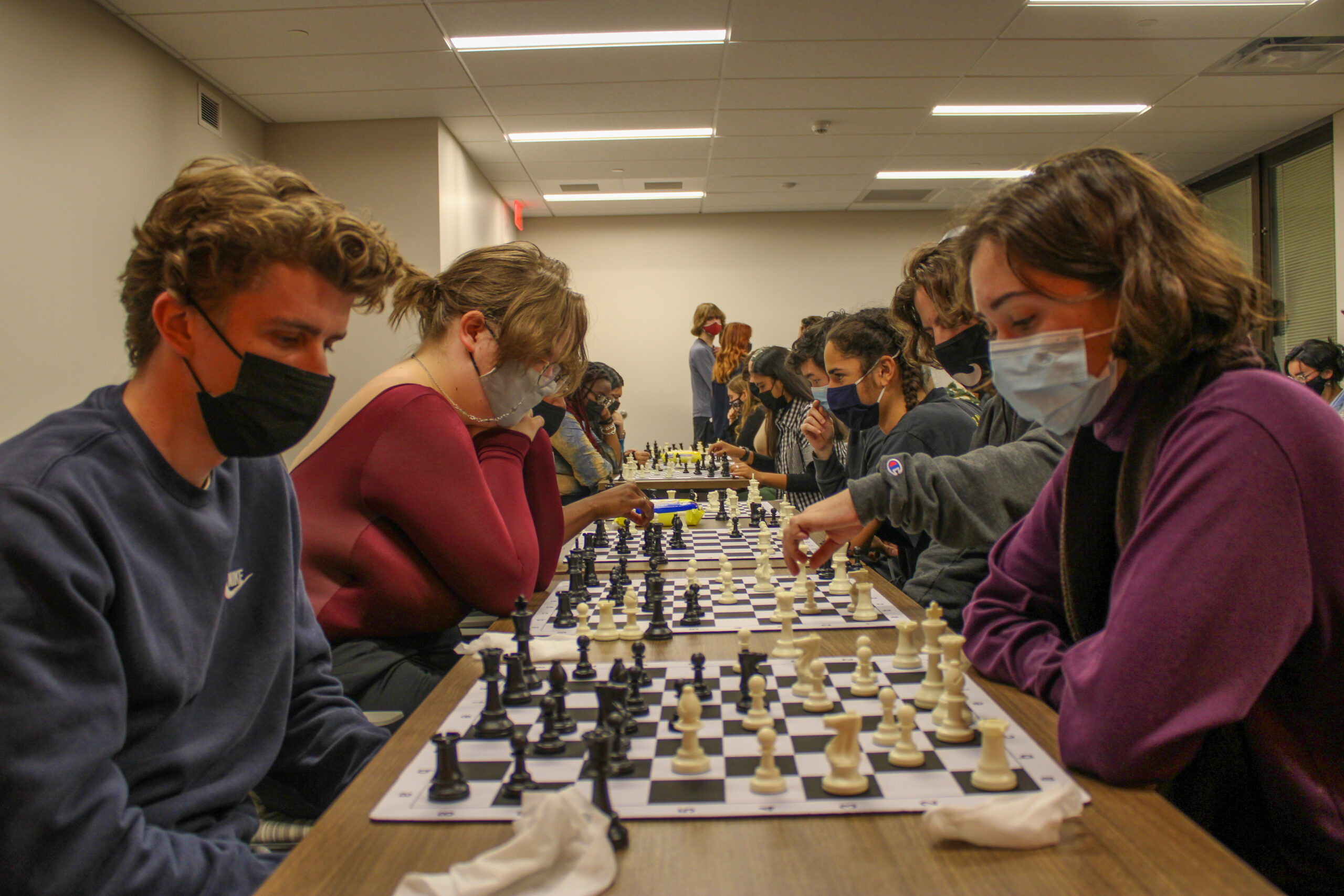 Checkmate! The new chess club has been a huge success

The New Paltz Chess Club is the place to be on Wednesday nights. The club already had an overwhelming number of new members when they first met.

This meeting took place on Wednesday, November 3 and more than 50 students attended. Roan Martin, a transfer sophomore, computer science major and club president, was thrilled with how the club has been doing this semester.

“I started playing as a kid when I was in my elementary school chess club, so I always knew the rules of the game, but I never thought I would get into it so much. during lockdown,” Martin said. “I took a year off between colleges, and without the school regiment, I desperately needed something to keep my mind stimulated.”

Martin had always planned to join the on-campus chess club when they started dating New Paltz, but was disappointed to learn he had collapsed during the pandemic.

“I heard they needed a new president and decided this would be an opportunity to create exactly the environment I wanted when I started out,” Martin explained.

New members said they had a positive experience attending the meetings.

“The club is super inclusive for all types of players, the chairman has given lessons to all types of players, so there’s definitely a welcoming environment,” said second-year psychology specialist Libby Green, who has decided to give chess a boost after watching the Netflix series ‘The Queen’s Gambit.

If you were to drop by one of their meetings, you would be greeted with tables full of chessboards ready to be used.

“During the previous two meetings, I took a group of beginners aside and taught a lesson in basic chess rules, principles and strategy so they were better equipped to get into the frenzy. in the center of the room,” Martin said. “There is a queue if there are not enough boards for everyone, but at our previous meeting no one had to wait too long for a new board to open .”

The club posted colorful posters all over campus and social media with the slogan “You don’t have to be good” as its tagline. This makes the club more attractive to new members who are not experts but still want to participate. The president wanted the club to be welcoming to everyone.

“Chess really isn’t a game of intellect and cutthroat competition. Once the curtain is drawn and you find some cool people to play with, it’s a game full of laughs, drama, art and self-expression,” Martin said.

Advertisements for the club proved beneficial and early meetings welcomed a wide range of new members eager to test their chess skills. There were barely enough chessboards to support the number of participants available.

“We rushed to ransack nearby rooms for more chairs and tables,” Martin said. “I was so desperate to promise that everyone could play the majority of the time, so next week was a mad dash to triple our inventory before the next meeting.”

As the second meeting unfolded, the club was better prepared for the large crowd. It was just as successful as the first meeting, and the club seems to be getting more elaborate every day.

“I am so excited to continue working on this club, and our members can only expect improvement with each meeting,” Martin said. “We have big plans for the future to make the New Paltz Chess Club experience even better, so if you haven’t stopped by yet, now is a great time to get involved.”

If you’re looking for a new club to join on campus, check out Chess Club Wednesdays at 9 p.m. at SUB 414.