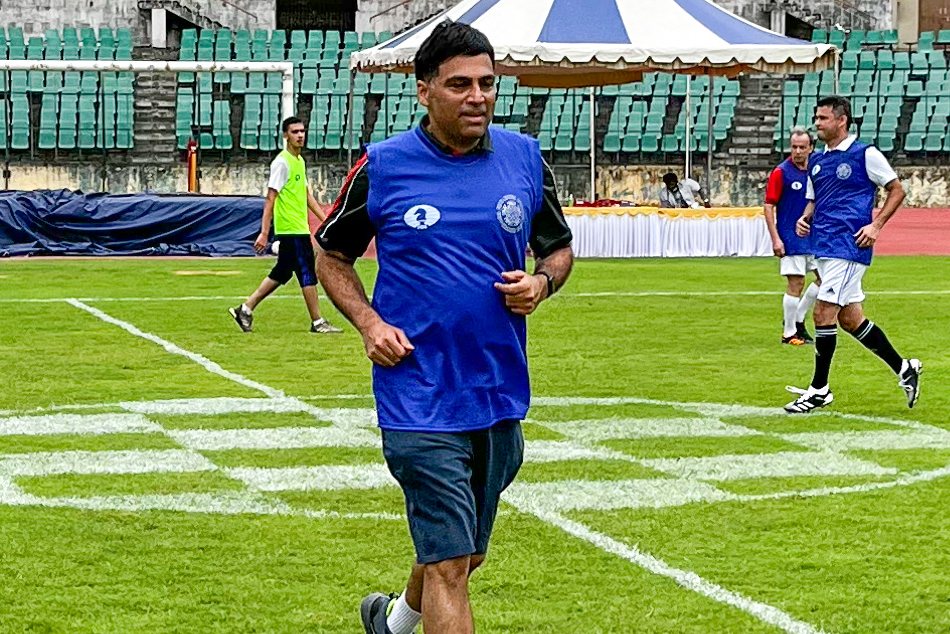 Chess legend Viswanathan Anand as well as officials from the Indian Chess Federation and FIDE teams from Africa, America, Europe and Asia participated. The teams were divided into two groups of three each.

The five-time world champion was not only in his football gear but also showed off his moves on the football pitch.

Anand joked after the friendly match, “There are a lot of chess players who play football. European and African teams are football fanatics. I’m very interested in football and I follow the game but I don’t play. a lot but I really enjoyed it It was a great opportunity for everyone to bond and I know it works in other ways too There are a lot of footballers who like to play chess to relax, so it’s good to have both.”

Chennaiyin FC are set to participate in the upcoming Durand Cup ahead of Indian Super League Season 9 and India’s Olympiad contingent mentor, Anand wished the team ahead of the season: “I wish the Chennaiyin Fc team and their fans good luck and all the best for the new season.”

The tournament was won by the African continent.