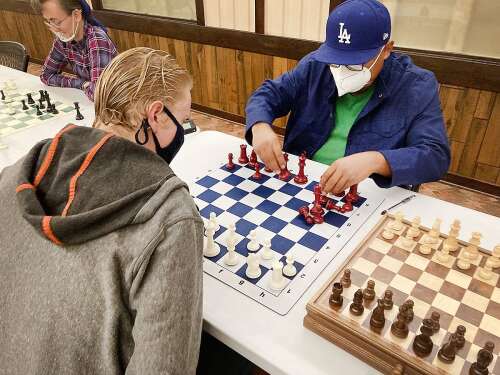 Chess players Bobby Farrel, left, and Rodney Brown set up the chess board for a chess match on November 1 at the Guild House Games at the Main Mall in Durango. (Nicholas A. Johnson / Durango Herald) 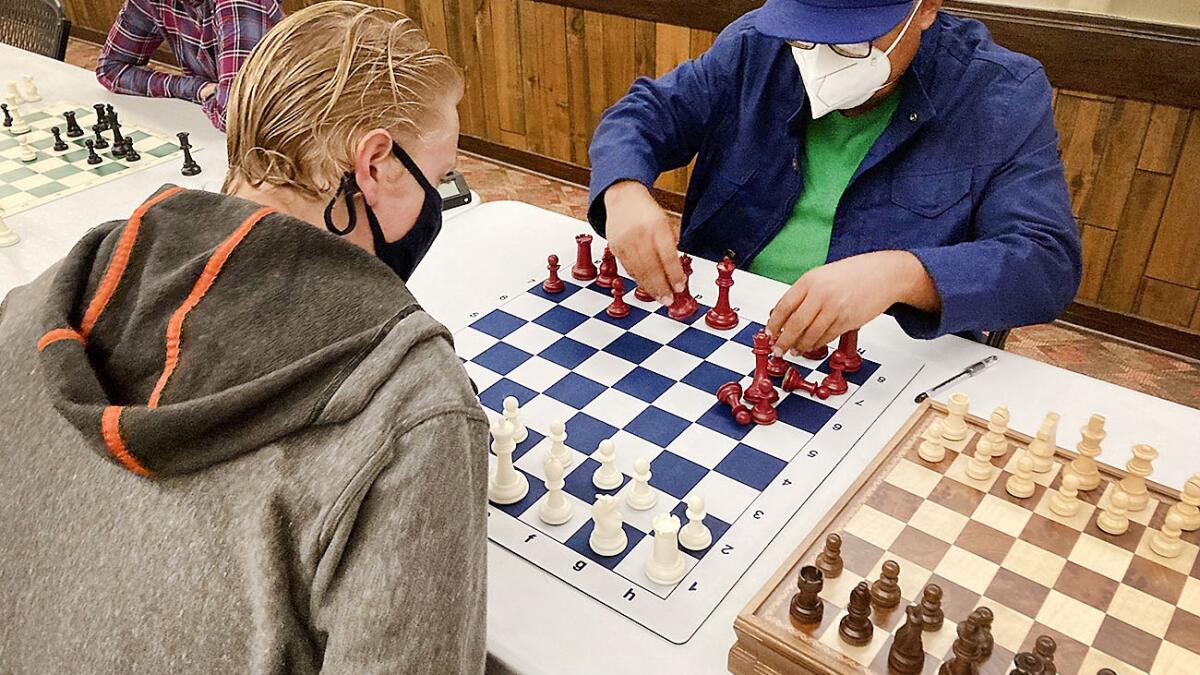 On the second floor of Durango’s main shopping center, a coterie of chess players gather to play the popular board game.

Players take up positions on either side of the folding tables, exchange a few jokes, then launch their first moves.

Every Monday night, Guild House Games in the Main Mall at 835 Main Ave. provides space for chess players to enjoy a game in person.

“Most of what we do here, we do it because it brings people together,” said Danny Perez, store owner Guild House Games.

Guild House Games started their chess club about two years ago. Back then, the game store only had a few people showing up every week.

When the pandemic started and stores had to close, the club had to take a break. Since returning in April, Perez has said the chess club attracted up to 16 players on some nights.

“There are times when we only set up two tables,” he said. “We set up tables halfway across the room tonight because people keep showing up. “

One player, Rodney Brown, comes from Farmington every week just to play. A few of the players said Brown was the best chess player in the group. 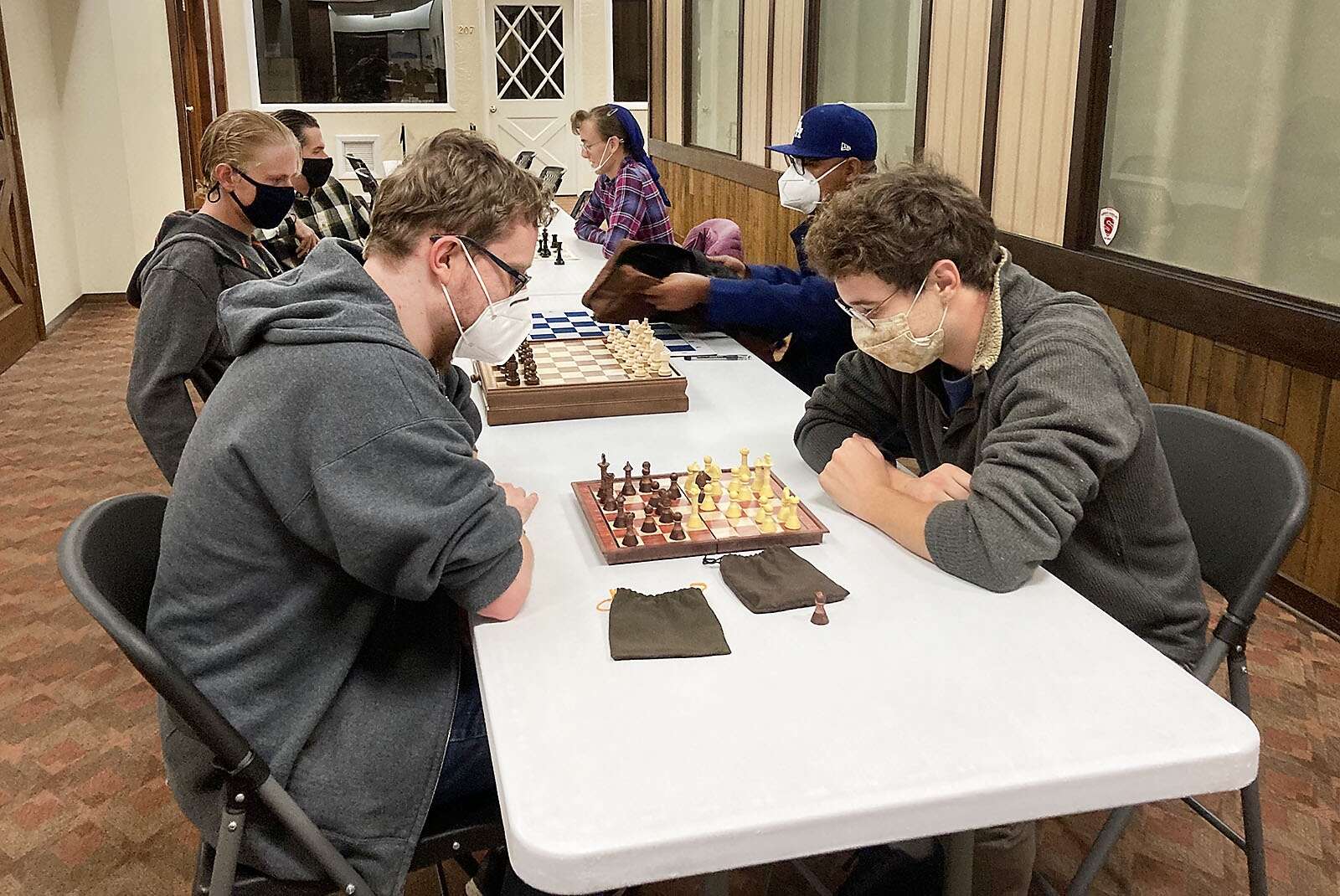 Patrick Fetterly, left, challenges his friend Silas Hamilton to a game of chess on November 1 at the Main Mall in Durango. (Nicholas A. Johnson / Durango Herald) 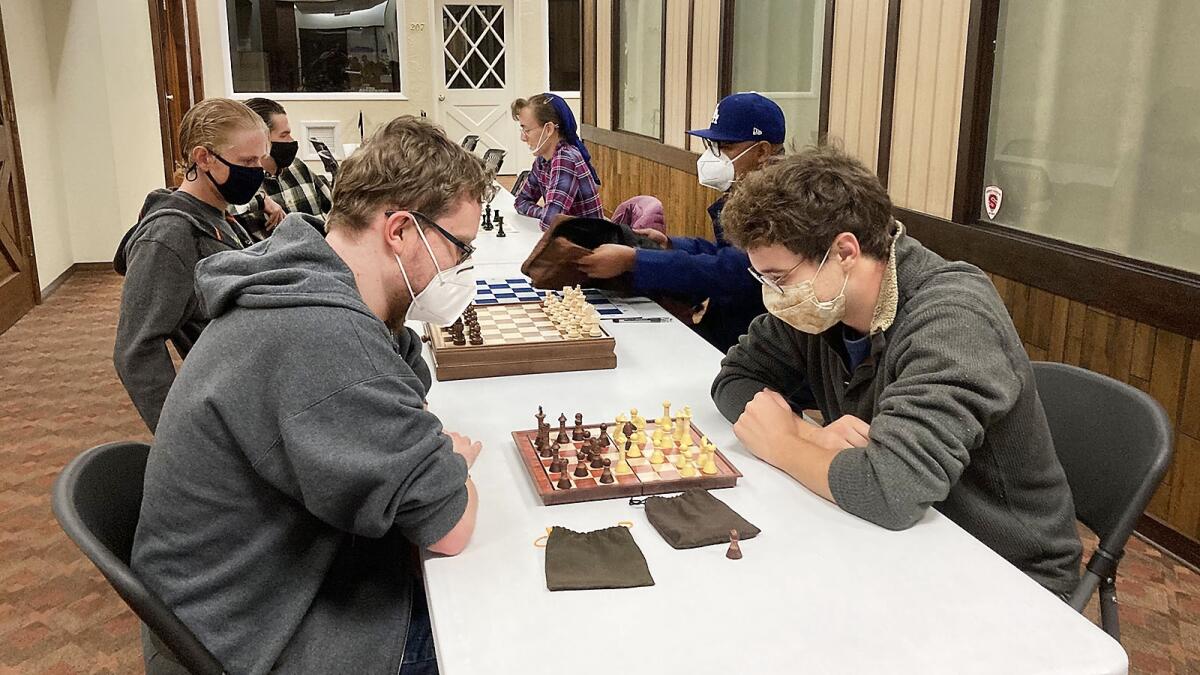 However, regulars said the chess club is not too competitive. The players are mostly tied.

“The good thing is a lot of us are pretty much equal,” said chess player Nathan Hooks. “There’s no one showing up and destroying everyone all the time.”

Playing a game of chess in person means something different to everyone at Guild House Games. For Hooks, it’s as much a question of aesthetics as of victory.

“I just like to see a good game, and being a part of it is even better,” he said. “As long as the game is nice and well played, this is what I like the most.”

After being quarantined for the pandemic, players like Melanie Ellison are just happy to play a game in person.

“After the first year of COVID, I was so tired of playing online that I was looking for a place to play,” she said. “There is something about playing in person. “

Ellison said she found Guild House Games Chess Club after posting on the Nextdoor app trying to find opponents. She said her favorite thing about chess is that each game can be different from the last.

“I love the endless nature of it,” she said. “There are so many variations. “

Guild House Games employee Aidan Jackson said it was important to him that people have a space where they can play games.

“It gives people a place to come and play games, which is really nice, and it’s hard for some people to find,” he said. 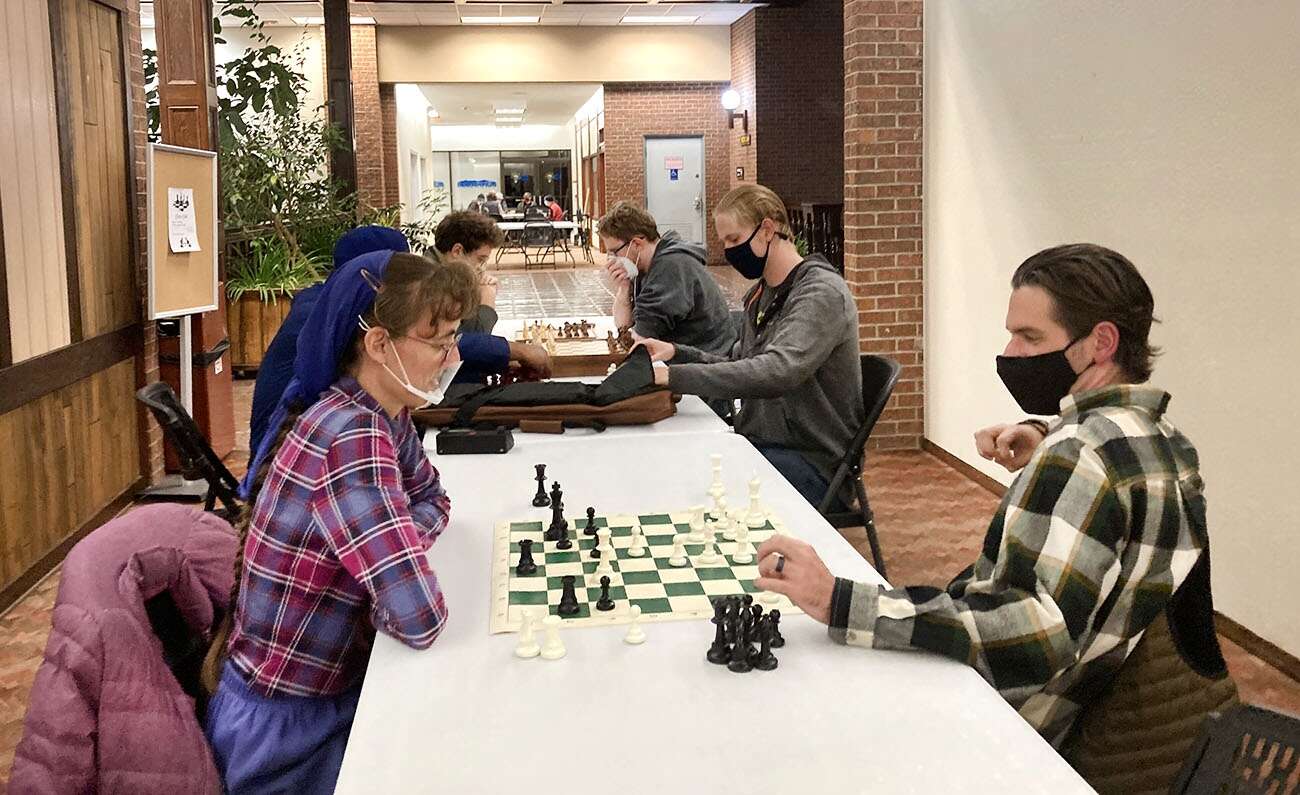 Melanie Ellison and Nathan Hooks face off in a game of chess at the Guild House Games Monday Night Chess Club. (Nicholas A. Johnson / Durango Herald) 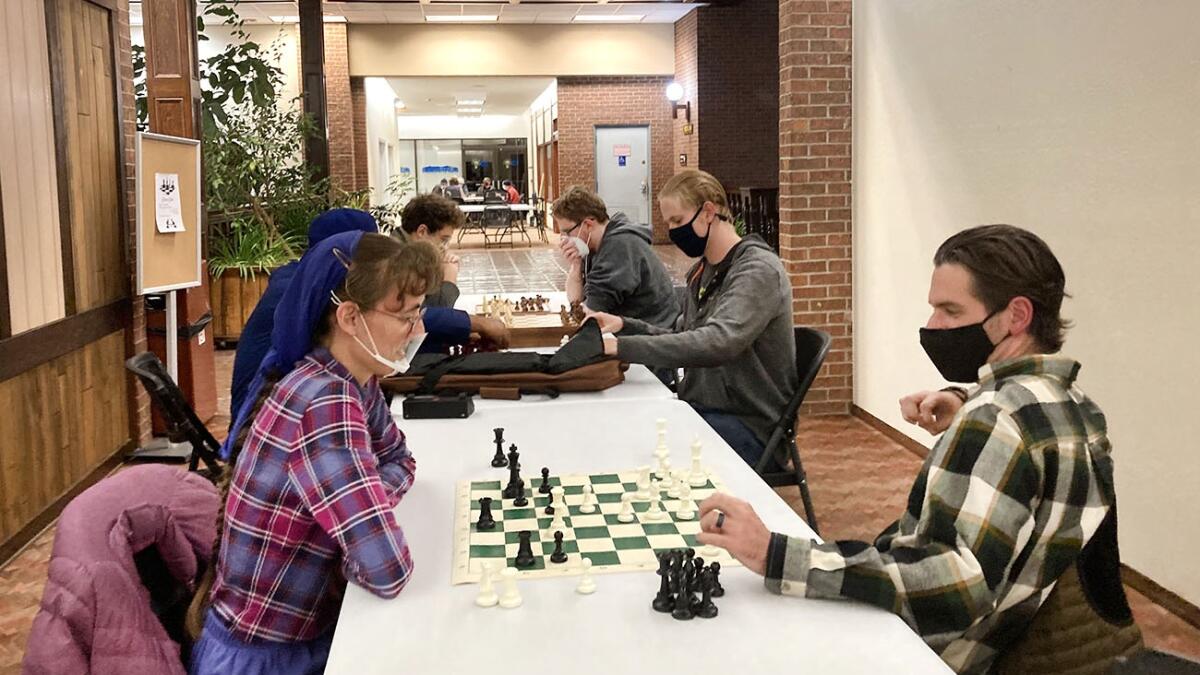 Guild House Games prides itself on building communities around the game. Besides chess, the game store hosts games from Dungeons & Dragons, Magic: The Gathering, and Pokemon, to name a few.

“It’s huge to be able to provide the space, because you’re not sitting at home alone; you can find people to hang out with, ”Perez said.

A big night out for the chess club may be 16 players right now, but with winter approaching, Perez believes the numbers could rise.

“I’m pretty sure the colder it is outside the bigger he will grow,” he said.

Chess club players are grateful that Perez offers them a place to play.

“It does all of this for free,” Hooks said. “He’s awesome. He’s the reason we’re able to do it.

In order to create a safe and healthy environment for its players, Guild House Games requires participants to wear a mask.