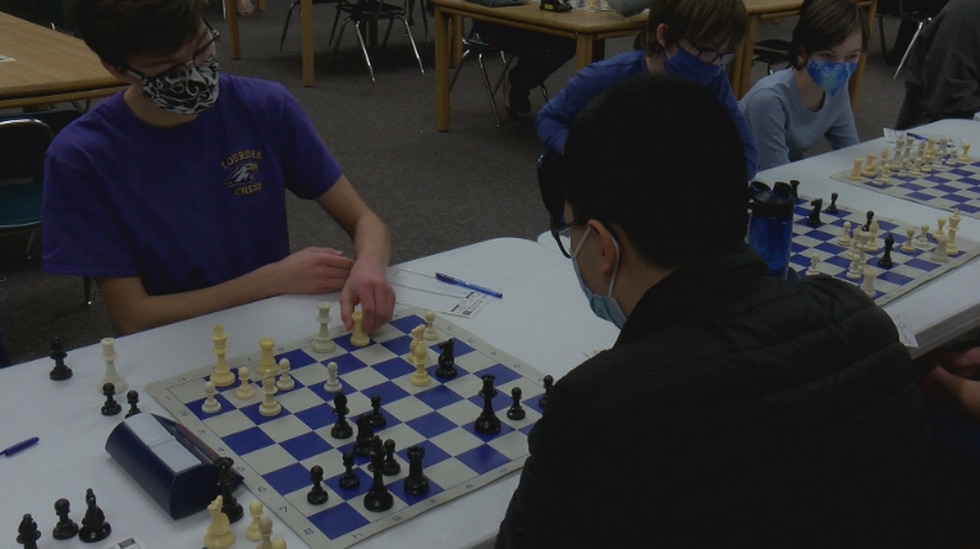 Chess players compete in person for the first time this season

Teams from Lourdes, Byron, Century and Mayo met at Mayo High School to play in person for the first time this season.

Each varsity team consists of five players who are awarded a point for a win or a half point for a tie which determines the team’s score.

The championship match was between Century and Byron who were tied 2.5–2.5 and were scheduled to enter a 10-minute round of rapid chess.

In the end, Century won their 12th City Cup in program history.

Century coach and Rochester Area Scholastic Chess League secretary Chuck Handlon says chess is more than a board game for his players.

“Be part of the camaraderie of a team. There is a link there. They learn social skills. They also learn critical thinking skills. How to think beyond a single move and how to analyze and plan,” Handlon said.

Lourdes player Dylan Park has been playing chess for many years. He was actually taught by his uncle who is a great master. Being only a sixth grader, he has plenty of time to achieve his chess goals in his career.

” Better and better. Try to focus more on each play, take some time to look at each play, goof less and less and win more and more games,” Dylan said.

The Minnesota State Chess Tournament will be held March 12-13. It’s an open tournament, so any player can register to play.