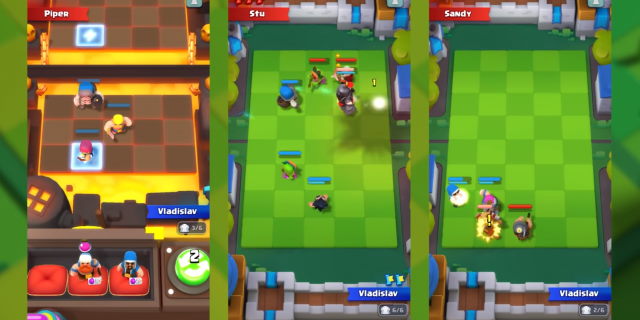 Clash Mini: Everything we know about Supercell’s next auto chess game

Clash Mini is a brand new strategic action game from the world of Clash Of Clans created by the huge Finnish developer Supercell. This is a light-hearted auto-chess strategy game with adorable new visuals using characters from the familiar Clash universe.

For the first time ever, mobile gaming giant Supercell has unveiled three new games set in the Clash universe. Clash Mini, Clash Quest, and Clash Heroes are all coming. Unveiled today as part of the trio of new Clash titles, the game is already pretty far along in development, but doesn’t yet have a launch date.

The team revealed in an exclusive YouTube video that the games will feature a mix of characters and styles familiar to Clash fans, along with new game modes. Here’s what we know about Clash Mini so far.

Developed by Supercell Shanghai, a team that Supercell recently assembled, and Clash Mini and Clash Heroes are the first two titles developed by the company’s Chinese studio.

Clash Mini has reportedly been in development for quite some time. It takes the form of a board game in the Clash universe, played by characters! It takes battles out of villages, castles and fields and onto the virtual table.

The game consists of fighting with miniatures, hence the project’s title Clash Mini.

Each of the two players will place their miniatures at the same time, which will then fight automatically. In this way, it is a simplified version of the automatic chess format. The same way Clash Royale made MOBA-style gaming accessible to everyone, the team aims to do the same for the auto chess genre here.

It follows the usual auto chess setup of deploying troops in strategic positions before watching them clash with the opposing player.

“We decided to focus 100% on the strategic parts rather than the real-time controls,” says Supercell.

As Supercell’s entry into the popular auto chess and esports arena, it features a cutesy aesthetic compared to the usual Clash games. “Imagine your favorite Clash characters, sitting at a mini table and dueling miniature versions of those around them,” says the developer.

The first video with talking heads from Supercell Shanghai describes it as “Early Development Footage” – the fact that Supercell has revealed this game publicly with a ton of awesome character designs suggests it’s on the right path. We assume a soft launch release later in 2021 is a separate possibility.

Clash Royale is one of our favorite games, and we’re also desperate for someone like Supercell to bring some magic to the auto chess genre. Supercell never releases bad games – it’s famous for a rigorous development process that sees interesting but flawed projects killed off in the early stages, with only the best reaching app stores. We can’t wait to get our hands on this Clash Mini experience.

Clash Royale itself recently received a major update. We will reveal more news about Clash Mini, Clash Quest and Clash Heroes as Supercell reveals more. Watch this space or follow our partner site, the business-focused site PocketGamer.bizfor the latest news.