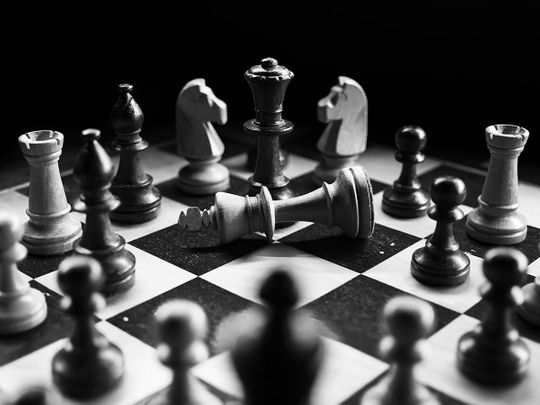 Crossword puzzle: why the British recruited chess players during WWII

It’s not the oldest game in history, but it comes close – the earliest chess (or a form of chess) dates back to 6AD and was discovered in India. It was called chaturangaand was a four-player game instead of two.

Since then, the game has gone through several civilizations and comes out more complex and difficult to master. It’s not as simple as following a pattern on the board – each piece has a specific move it can make, and the game requires you to remember not only the movement of your own pieces but also that of your opponents.

Learning techniques, reading your opponent to understand their strategy, and adapting to their moves all add additional levels of difficulty. Add to that the time constraint, and you will understand why the winners of chess tournaments are called “grandmasters”.

The supremely strategic and logical mind of chess champions has been used in much higher stakes situations throughout history. At the start of World War II, British intelligence established a high security operation at Bletchley Park, where code breakers gathered to crack the ciphers of the Nazi armed forces – Wehrmacht, Luftwaffe and Kriegsmarine.

Bletchley Park is known for recruiting virtually every leading chess master in the UK with the aim of breaking the code. One of them, Conel Hugh O’Donel Alexander, for example, was twice named British chess champion and even beat future Soviet world champion Mikhail Botvinnik in the 1946 Anglo-Soviet radio match.

Alan Turing, the English mathematician whose ideas led to early versions of modern computing, was also a chess player, although he did not excel at it. According to an April 2020 report on the American news site The Article, although he was not adept at the game, Turing was fascinated by chess and created the first viable chess program. He developed algorithms on paper, which could lead to a selection of chess moves – similar to computer chess. Since computers had not yet been invented, the program worked with paper and pencil.