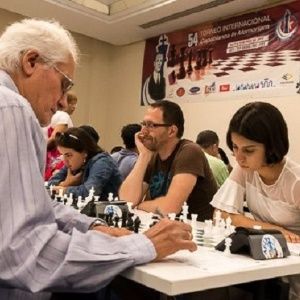 Cuba: 280 chess players will participate in the Capablanca tournament | News

From April 18 to 28, about 280 chess players from 18 countries will participate in the 55th International “Capablanca” Tournament at the Cuban National Hotel in Havana.

These competitors will be divided into four groups: the Elite group, which will bring together ten chess grandmasters; the Premier group – only integrated by women – the Senior group, made up of players over 60, and the infant-youth open group “Looking for a Capablanca”, in which children and adolescents under the age of 16 years old.

Cuban chess champions Yasser Quesada and Yaniela Forgas lead the Cuban players called up for the Elite and Premier sets with more than 2,200 Elo points (mathematical calculation to determine the ability of chess players).

I took part in an interesting exchange between the President @DiazCanelB with the United States delegation at the 3rd Conference on Agricultural Affairs between Cuba and the United States. The meeting reflects the true sentiments of broad sectors in the United States calling for positive changes in its policy toward #Cuba pic.twitter.com/z7U1VqAeeT

As part of the tournament’s program of activities, Cuban grandmasters Omar Almeida and Isan Ortiz will play several chess games at the same time against several competitors on April 24. Other national and foreign grandmasters will also give master lectures.

The tournament is dedicated to Cuban grandmaster Jose Raul Capablanca who remained world champion from 1921 to 1927 and was nicknamed the “Mozart of chess” and “Chess Machine”.

Capablanca, who learned to play chess at the age of four, has amassed 246 draws, 35 losses and 302 wins, including one at the 1922 London tournament and another in a world championship match against German player Emanuel Lasker.