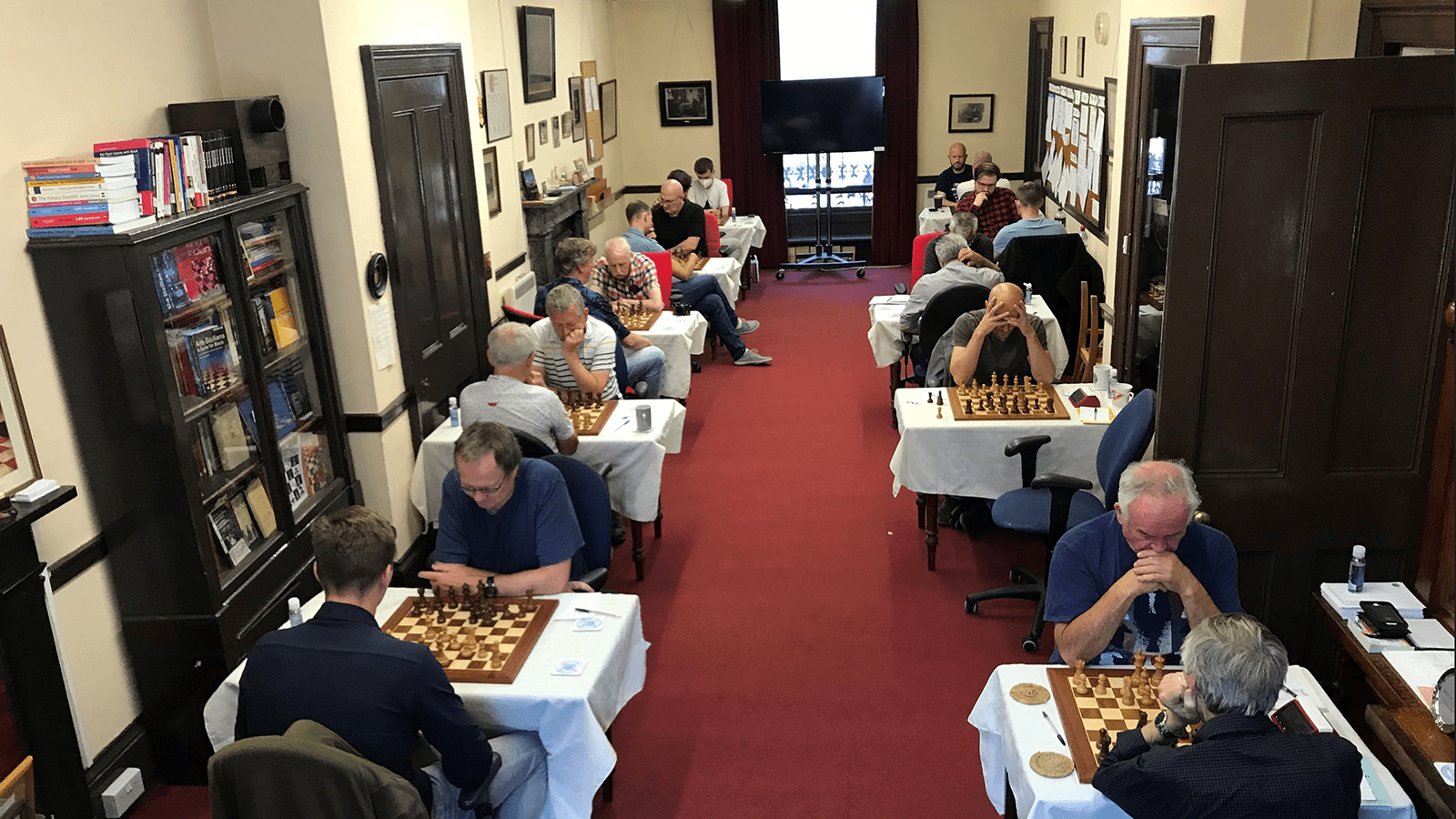 The Edinburgh Chess Club, the second oldest chess club in the world, celebrates its bicentenary today. Founded on November 4, 1822, over the course of two centuries the club has been visited by famous players such as Howard Staunton, Joseph Blackburne, Jose Capablanca, Alexander Alekhine, Anatoly Karpov and Veselin Topalov.

Second in longevity to the Zurich Chess Society, founded in 1809, the Edinburgh Chess Club has an incredible history that now spans 200 years. Much of it can be found on the club’s website, which is well worth a visit. Here is what is written about the first years:

It started with 31 members, a number that grew to 50 in 2 years, and [in] in later years they discussed buying a house to serve as permanent club rooms. In fact, they had to wait another 97 years for that wish to come true.

The first entries in the cash book mention the purchase of candles and the payment to bearers of porters for the transport of chess pieces. The rent for their premises was £2 and 2 shillings. At that time, chess was largely a gentlemen’s game, and there are many representatives of the liberal professions and the military among the early membership rolls. Entrance fees were £3 3s and subscriptions £1 1s.

Two years after its inception, the Edinburgh club played their famous match against the London Chess Club in 1824. (Plans to celebrate the 200th anniversary of that match in 2024 are underway!)

This involved playing a series of games by correspondence, with moves being sent by letter, which at the time was carried by horse and carriage – a costly undertaking since the “Penny Post” would not be introduced until 1840. Three games were to be played with all void games restarted, and two games would be in play at any time. The losers had to present the winners with a silver cup worth £25.

Incidentally, it was in this match that the Scotch Gambit (1.e4 e5 2.Nf3 Nc6 3.d4 cxd4 4.Bc4) was first recorded, when one of the London players tried it. Edinburgh then successfully adopted the same variant in two subsequent games.

The following anecdote is priceless:

The moves were published in a number of newspapers and attracted considerable public attention and not little controversy when, in one of the matches, the London club attempted to pull off a bad move in a critical position, s even unsuccessfully addressing the postmaster for the return of the letter. The postmaster having refused, the Edinburgh club took the position that a move once posted was the equivalent of a play having been released and the move so terminated, and the game was ultimately won by Edinburgh.

The books about the match which were written later as well as the original letters with their wax seals which showed the trips between the two capitals are still in the club’s library. The match, which lasted around four years, was won +2=2-1 by Edinburgh.

The website further notes that the club has had homes in several locations around the city, including Princes Street, George Street, Queen Street, St. Andrews Square, York Place and Hanover Street. The current building on Alva Street was purchased in 1922 and officially opened on November 4, 100 years ago and 100 years after the club was founded.

In July this year, the 200th anniversary was celebrated with a game between the Edinburgh club and Schaakstad Apeldoorn from the Netherlands. Edinburgh narrowly won with 5.5-4.5.