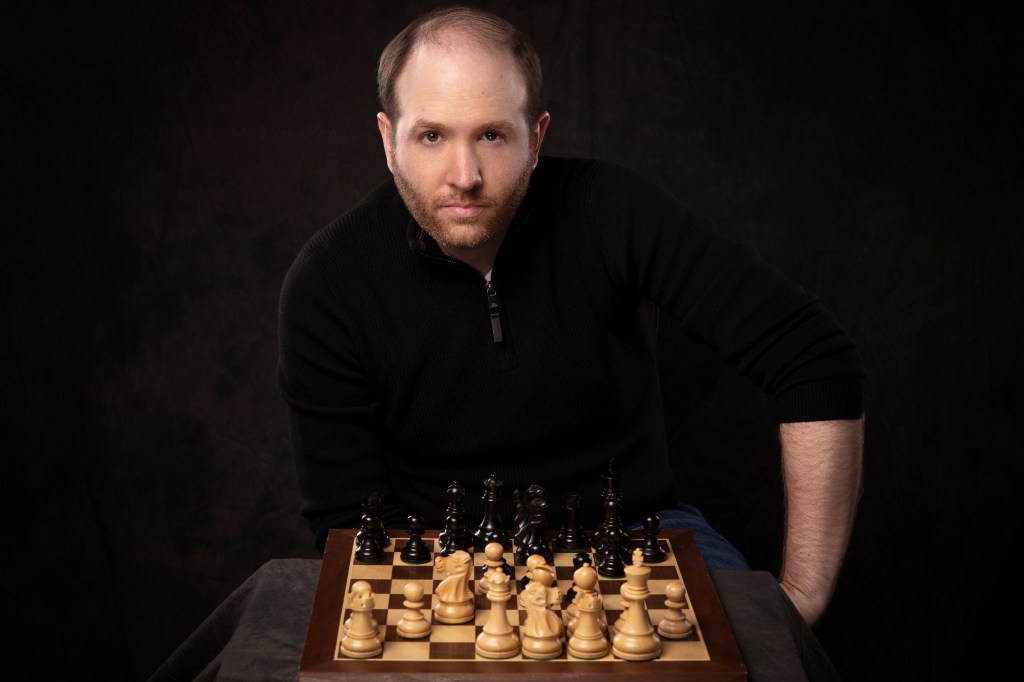 A chess champion in his youth, Brandon Burrows, director and founder of shingle Firebrand, approaches production like a game of chess. Her love for cinema began at an early age when her father owned a video store. His production credits include “Gallowwalkers” with Wesley Snipes, “The Perfect Weapon” with Steven Seagal, and “Altitude” with Dolph Lundgren. He created, wrote and produced “Pups Alone” with Jennifer Love Hewitt and Rob Schneider, and produced the western “The Last Son” with a cast led by Sam Worthington, Machine Gun Kelly, Thomas Jane and Heather Graham. He has written the next two action thrillers he will produce.

How did your skills as a world-class chess player influence your production efforts? Do you find it useful when it comes to negotiating deals with agents, talent, sales, and other areas?

There is an old adage: not all artists are chess players, but all chess players are artists. Chess is not only a creative game, but also a meditative art. It helped prepare me incredibly well for the production. In chess, you learn to trust your instincts and make quick decisions on the fly. Chess uses and develops intuition, which is the key to production. In production, like in chess, you are constantly faced with multiple changing variables and must calculate variations in results very quickly. When you don’t have time to calculate to the end point, you have to make a quick decision and trust the choice you make. Failures have been invaluable in this regard. It shows up time and time again in production, whether it’s making a creative choice, casting decision, sales/distribution strategy, set choices, or deciding on a script.

How did chess pave the way for a friendship with Ron Howard and others in the film industry?

Chess crosses all barriers and is a common language that brings people together, regardless of background. I knew the Howards chess coach very well and he thought it would be good for Ron’s son to meet me, hopefully to inspire him in his chess pursuits. Ron was very generous, creative. It’s always wonderful to connect with others in the industry who love the game, it connects people in a unique and beautiful way.

What do you think of the very popular series “The Queen’s Gambit” on Netflix. Do you think he got the details right? What would you have done differently?

I think the show has done a wonderful job of showing that chess can be a wonderful haven for the minds that seek it. The public is introduced to chess in the same way as Beth. As she discovers and learns, an audience member unfamiliar with the game also discovers and learns. The framing of the narrative was fantastic and really draws you into Beth’s world and ultimately her troubled but beautiful mind. The attention to detail was intentional and unique. For example, in Beth’s first tournament, she is playing against Townes, and she ends up winning by trapping her rook on a seemingly wide-open board. This is a real chess example of the beautiful geometry between rook, king and knight. Advanced chess players certainly appreciate the attention to detail. I certainly did. In the past, movies and television have always been wrong about how experienced/professional chess players move pieces. It’s a bit like an actor playing a policeman but he doesn’t know how to hold a gun. For professional players, the parts are just an extension of the body. Scott Frank did an amazing job, with Anya [Joy-Taylor] and the rest of the brilliant cast.

How was the experience of filming the western “The Last Son” during the pandemic?

It was amazing. Montana is such a beautiful place and it was the perfect pandemic movie, if such a thing exists… outdoors, on horses with these beautiful sets. We were all isolated on a ranch, with the nearest town 45 minutes away. It was its own self-contained bubble, and it was just an unforgettable and special experience. The cast and crew were amazing. Sam Worthington and Thomas Jane are brilliant in their roles, and I think Machine Gun Kelly will surprise a lot of people with their defining performance.

Tell us about the upcoming action thrillers you’re writing and producing.

I’m finishing my talking dog Christmas comedy “Pups Alone” so the next logical direction is “Bounty”, an aimless aging bounty hunter who finds himself on the run and protecting a young woman who is the only witness to a crime horrible as all sorts of disreputable characters hunt them down. I’m also working on ‘Cry Justice’, an action thriller that deals with drug trafficking, corruption, revenge and the quest for justice.

A chess club is moving outdoors during the pandemic, giving kids a chance to compete and hone their skills. | 831 (Tales from the area code)