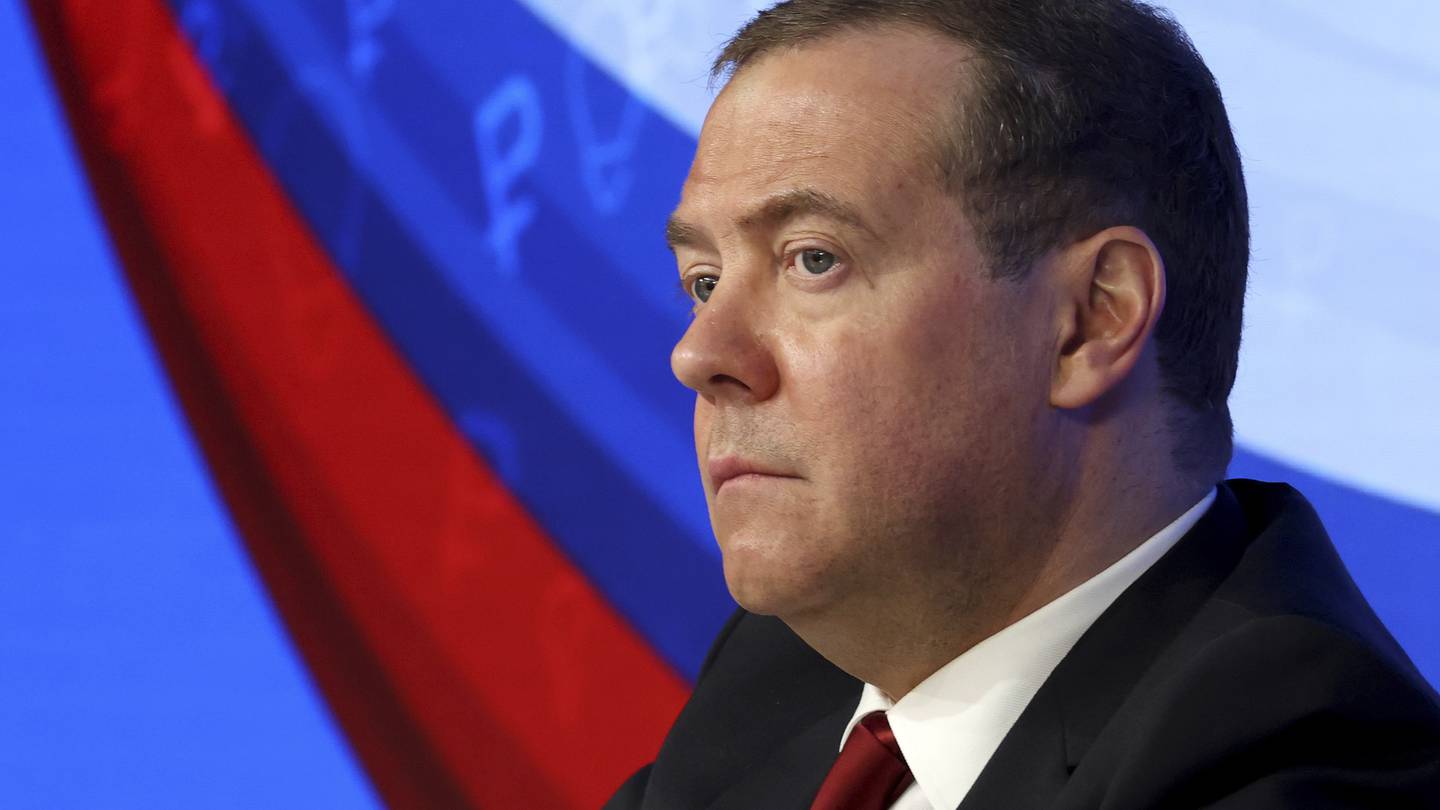 Former Russian President and Prime Minister Dmitry Medvedev said on Saturday that the United States and its allies were trying to bring about the breakup of Russia and that such attempts amounted to a “chess game with death”.

The deputy secretary of Russia’s Security Council, chaired by President Vladimir Putin, has said an attempt to push Russia into collapse would lead to “the apocalypse”.

Mr Medvedev, who served as Russia’s president from 2008 to 2012 when term limits forced Mr Putin to transition to prime minister, was widely seen by the West as more liberal than his mentor. In recent months, however, he has made remarks that have sounded far harsher than those issued by more hawkish Kremlin officials in an apparent attempt to curry favor with Mr Putin.

After attending former Soviet leader Mikhail Gorbachev’s farewell ceremony on Saturday, Medvedev posted a message on his messaging app channel, referring to the collapse of the Soviet Union in 1991 and blaming the United States and its allies to try to organize the break-up of Russia.

Mr. Medvedev alleged that some in the West would “take advantage of the military conflict in Ukraine to push our country towards a new course of disintegration, to do everything to cripple the institutions of the Russian state and deprive the country of effective controls, such as this happened in 1991.”

“These are the dirty dreams of the Anglo-Saxon perverts, who fall asleep with a secret thought about the splintering of our state, thinking of how to tear us to pieces, cut us into small pieces.” Mr. Medvedev wrote.

“Such attempts are very dangerous and should not be underestimated. These dreamers ignore a simple axiom: the forced disintegration of a nuclear power is always a game of chess with death, in which one knows precisely when checkmate arrives: the day of the Last Judgment for humanity.

Mr Medvedev concluded by saying that Russia’s nuclear arsenals are “the best guarantee for the safeguard of Greater Russia”.

Dmitry Medvedev: The West is playing chess with death | Entertainment