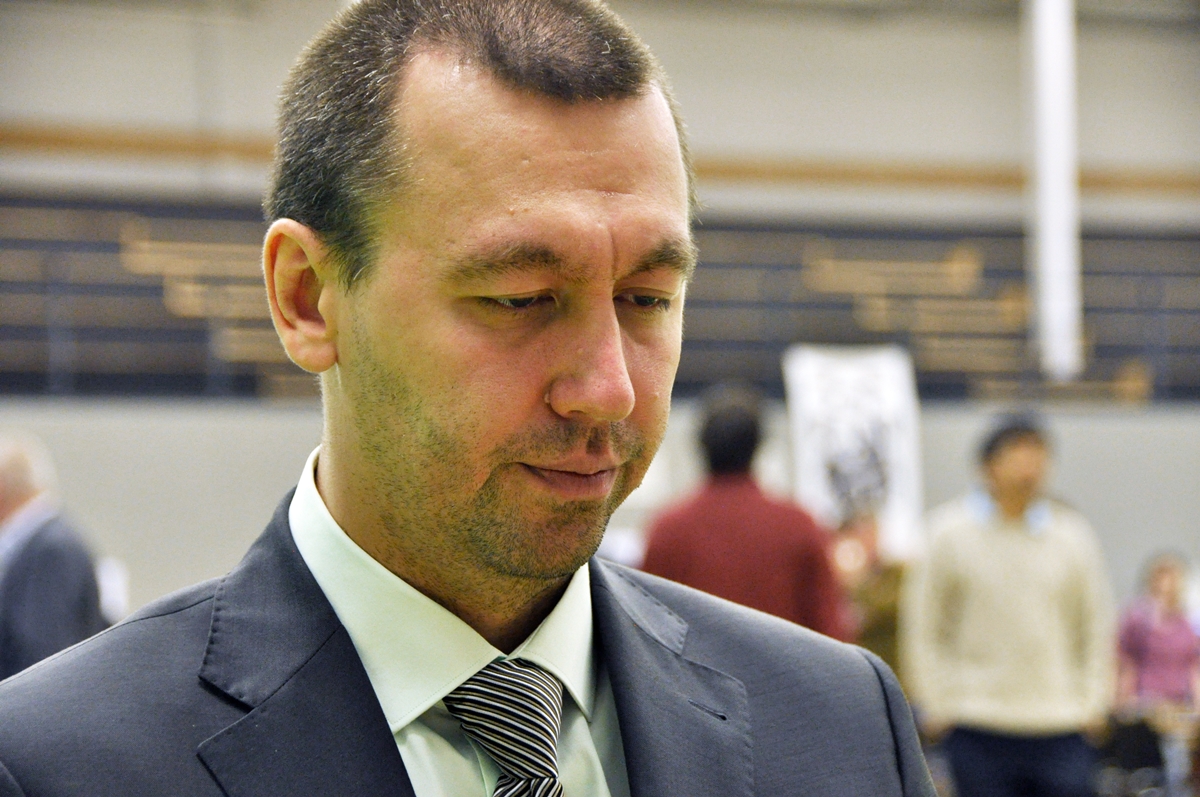 Gata Kamsky is an American grandmaster. He is the former Soviet junior champion and five-time US champion. His highest world ranking was number four and he challenged GM Anatoly Karpov for the FIDE World Championship in 1996. Kamsky won many international tournaments as well as the 2007 World Cup and the 2010 World Rapid Championship.

Early career and rise to the rank of grandmaster

Kamsky earned his master’s title when he was 12 years old. He shared first place in the 1987 and 1988 Soviet U-20 Championships before moving to the United States in 1989. After moving to America, he won the 1989 Buffalo Open. In April 1990, Kamsky defeated former GM world champion Mikhail Tal at the New York Open (where he scored 6.5/9).

In July 1990, Kamsky rose from an untitled player outside the top 100 to number eight in the world shortly after his 16th birthday. He became the youngest player to reach the top 10.

The following month, Kamsky shared first place (with GM Vassily Ivanchuk) at his first major international event, the 1990 Tilburg tournament. He scored 8.5/14, ahead of GMs Boris Gelfand, Nigel Short, Jan Timman, Ulf Andersson, Predrag Nikolic and Yasser Seirawan. This tournament gave him his final GM standard, even though he was already rated 2650.

In 1991 Kamsky won his first US Championship. This event was a 16-man knockout tournament. He beat GM Ilya Gurevich in the first round, GM Alexander Ivanov in the quarterfinals, GM John Fedorowicz in the semifinals, and then GM Joel Benjamin in the final.

Candidate for the world championship

Around this time, Kamsky also participated in the PCA Candidates cycle, where he defeated GM Vladimir Kramnik as well as Short in individual matches – Kamsky was in good form ahead of his second-round FIDE match with GM Viswanathan Anand.

After drawing their classic matches, Kamsky defeated Anand in the rapid section of their 1994 FIDE match with a score of 6-4. Here is one of Kamsky’s quick wins against Anand from this game, where Kamsky plays quietly in the opener. However, Anand looks for complications, tries a little too much to create an unbalanced position against the Torre/London pawn structure and finds himself in a losing position very soon after 13. e5!

The final moves of the game are instructive, as 16. Bxd7 must be met by the replay (where Re8# occurs), and after the final move 17. Qb5 the same checkmate theme is used. If Anand’s queen moves to e7, Kamsky’s e1 rook captures her; if Anand’s queen moves to c7 or c8, then Qe8# arrives; and if 17…Qxb5 is played, then 18.Bxd6+ is devastating! A fantastic game from Kamsky!

This victory over Anand meant that Kamsky would advance to the semi-finals (four finals) of the FIDE Championship tournament against GM Valery Salov, the world number five at the time. In the semi-finals, held in 1995, he won against Salov 5.5-1.5. In July 1995, Kamsky reached his best ranking of world number four, shortly after his 21st birthday.

After defeating van de Sterren, Anand, Kramnik and Short (both in the PCA cycle) and Salov in matches, Kamsky had fought his way to the 1996 FIDE World Championship, where he would face Karpov.

The match did not start well for Kamsky with Karpov winning the opener. Kamsky came back strong and won the second game. After a normal Caro-Kann Panov-Botvinnik attack opening, an isolated queen pawn middlegame occurs where Kamsky has more space and better piece activity in exchange for the isolated queen pawn. The nature of the position changes dramatically when Kamsky opens the position with 18.d5 and then offers the Greek gift, piece sacrifice with 20. Bxh7+:

After a series of exchanges, Kamsky has a queen for a rook and a knight. Karpov does his best to put up a fortress, but Kamsky continues to apply late game pressure until Karpov resigns in a lost position at move 65. Unfortunately for Kamsky, that victory may have been the highlight of the match for him as Karpov extended his lead by +3 after the ninth game. Karpov went on to win the match 10.5–7.5 (six wins, three losses, nine draws) and retain his FIDE World Champion crown.

After the 1996 FIDE World Championship match, Kamsky made a very unusual decision: he effectively retired from professional chess at the age of 22. away from the game.

Between 1996 and 2004, Kamsky played two rated games. During that eight-year stint away from the game, he earned two college degrees, and then in 2004 he came back!

Then Kamsky participated in the 2007 World Cup. He entered as the number 11 seed out of 128 participants. He beat GMs Ahmed Adly, Bors Avrukh, Kiril Georgiev and Svidler to reach the quarterfinals (top eight). In the quarter-finals he beat former FIDE world champion Ponomariov to reach the semi-finals, which was an extremely strong collection of players left standing – with the number five seed Shirov and two rising teenage stars, the GMs . Magnus Carlsen and Sergey Karjakin, completing the bottom four.

Kamsky beat Carlsen in the semifinals 1.5-0.5. Here is Kamsky’s win over Carlsen from that event, where after a Petrov defense, Kamsky emerges with a little more from the opening due to his lead in development, the extra space and better control over the center in exchange for the pair of bishops:

Kamsky outsmarts Carlsen, and after the exchange of queens, Carlsen’s rook is trapped on move 25. Kamsky masterfully handles the technical segment of the game, never giving Carlsen a chance to shuffle position. Kamsky’s advantage grew and grew until Carlsen resigned at move 43, facing problems on the h-file.

This victory over Carlsen meant that Kamsky would face the powerful tactical magician, Shirov, in the World Cup final. After a draw in game one, Kamsky drew blood with this win in game two. After an unusual closed Sicilian, Kamsky tried 7. Qh5?! against Chirov:

A few moves later, Shirov refused Kamsky’s pawn sacrifice on c2 and prolonged closed position maneuvers began. Shirov began to build a kingside attack, although his development was incomplete. Kamsky traded queens and withstood counterplay before taking out a pawn. He returned the first pawn on move 29, another pawn on move 30, and a third pawn on move 33 in order to coordinate his pieces. At move 35, Shirov had no response to Kamsky’s play.

The remaining matches ended in draws. Kamsky won the match 2.5-1.5 and became the 2007 World Cup champion, earning him a spot in the Challenger Match for the 2010 World Championship. This match ended in 2009 against Topalov for the right to face world champion Anand in 2010. The Topalov-Kamsky Challenger Match format was an eight-game contest, where the first player to 4.5 points won.

After the first four games, the score was even. Topalov won the fifth and seventh games to win the game 4.5-2.5, then lost to Anand in the 2010 World Championship.

Kamsky won the fort Cappelle La Grande Open 2016 tournament with a field of more than 500 players and 50 grandmasters. In the next big win against GM Mikhail Gurevich of this tournament, Kamsky plays his beloved London system (Kamsky championed this opening for many years and is a living legend for any aficionado of the London system) – game annotations by IM Kostya Kavutskiy:

Kamsky won this difficult but entertaining endgame thanks to his pair of bishops and a passed pawn!

The question for most people when Kamsky’s name is mentioned remains the same: what if Kamsky had never left the game?