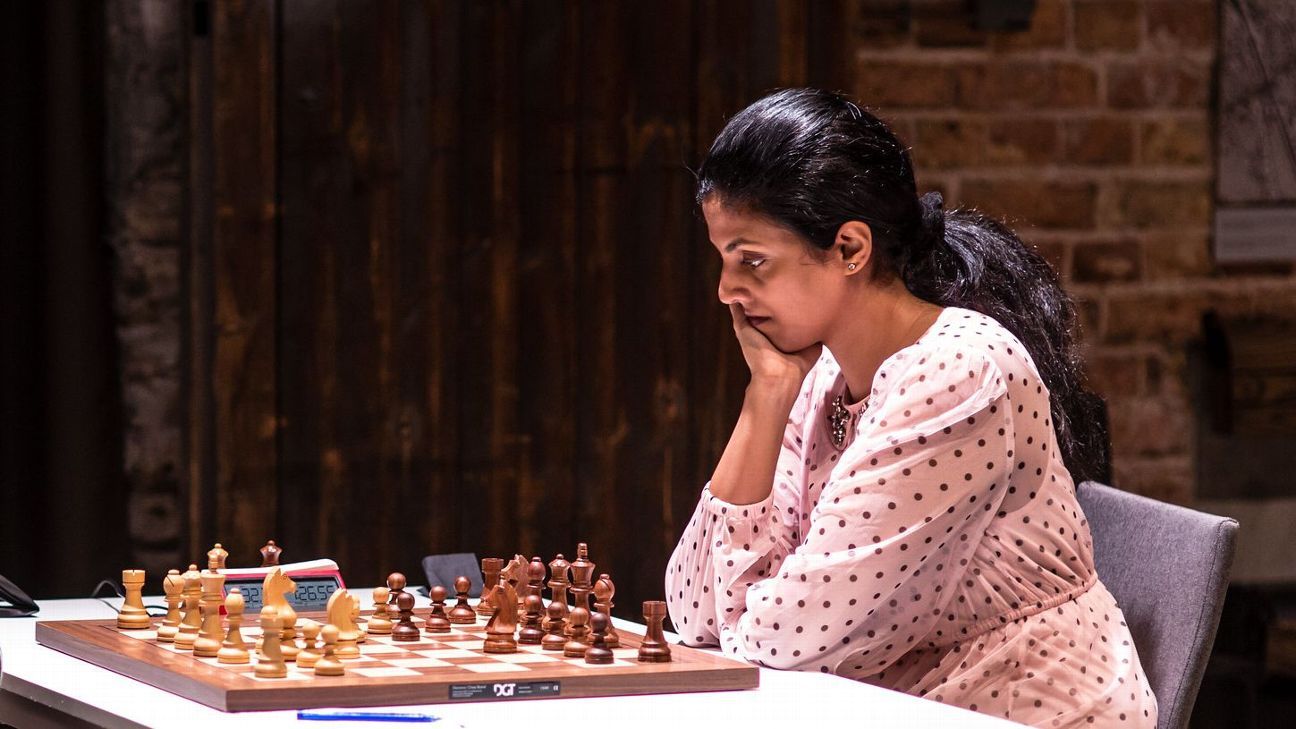 Indian grandmaster Dronavalli Harika was the target of a sexually-charged letter during a tournament in Latvia last November. His revelation to ESPN comes days after it was reported that at least 15 female chess players had been the target of a similar form of sexual harassment. This happened through anonymous mail – envelopes containing pornographic material sent to players in hotel rooms and at tournaments – in a pattern that has continued for more than a decade, most recently at the Grand Tournament. Swiss in Latvia. The case is currently under investigation by Latvian police, according to world chess federation FIDE.

FIDE intervened when letters were received during the Grand Swiss tournament in Riga. We immediately reported it to the police on behalf of the players, to minimize distractions for them. We can confirm that the Latvian police took it seriously and are actively investigating 1/2 https://t.co/YZh4Tkqdat

The first revelations came earlier this week from Russian news site Meduza, which said it conducted extensive investigations and spoke to numerous victims, most of whom were Russian. Five of them were minors when the abuse began, according to the report. He said the first such letter he found was written in 2009. The most recent case occurred last November in Riga, the Latvian capital, when hotel staff informed the police and, on the advice of FIDE, intercepted further letters.

Harika, ranked 11th in the world, was the only target of five Indian players in the tournament.

“The police asked me if I wanted to open the envelope for myself and stay in Riga to participate in the investigations,” she told ESPN. “Of course, I was more than happy to have nothing to do with the envelope or its contents and signed a no objection allowing FIDE to be part of the investigation on my behalf. a really strange feeling. I don’t know what to think about this whole experience. Maybe if I had opened the envelope without knowing it, I would have reacted differently.

Upon learning that Harika had been targeted, another player who had been receiving this mail for several years contacted her. “We talked and she told me that I shouldn’t be afraid. She had no fear despite having received them for so long. It was almost as if she had stopped caring and that she was numb.” Besides Harika, other Indian players in Riga at the time were Padmini Rout, R Vaishali, Divya Deshmukh and Vantika Agarwal. “Most of us had no idea something like this had happened all these years,” WGM Padmini told ESPN. “We were horrified when we first heard about it after the closing ceremony in Riga. I remember being very scared. As a chess player, you feel really vulnerable when you realize that “A depraved psychopath can reach you anywhere, at your home, your club and even at the tournament you play.”

“Everyone was so shocked. No one had talked about it so I thought it was just me,” GM Valentina Gunina, one of the players who received the letter in Riga, told chess.com. The Russian general manager had received five such envelopes since 2013.

According to the Meduza report, the usual form of mail was in white envelopes containing pornographic material; there would be no written letter and they were sent identically, the only change being the addresses of the recipients.

Bibisara reportedly received her first envelope in 2018. She was then 14 years old and playing at the European Chess Championship in Batumi, Georgia. The day after his first-round match, an envelope arrived at his chess club in Moscow; it was opened by the head of the club, who alerted the police and Bibisara’s mother, Liana Tanzharikova. In June 2018, Liana published an article called “Postal Pedophile” on the chess website chess-news.ru, where she told about a letter from a “sex maniac”.

During their conversation with Meduza, representatives of the Russian Chess Federation (FSHR) and the St. Petersburg Sports Chess Federation claimed that they had not heard of the envelopes in question and allegedly stated that even s they did, “nothing could be done”. “We are not Pinkertons,” Meduza quoted them, in a reference to the US Detective Agency.

Although there is no confirmation of the identity of the author, Meduza said his investigations pointed – based on parallels observed by experts between the envelopes and the online publications – to a player of Chess based in Latvia.