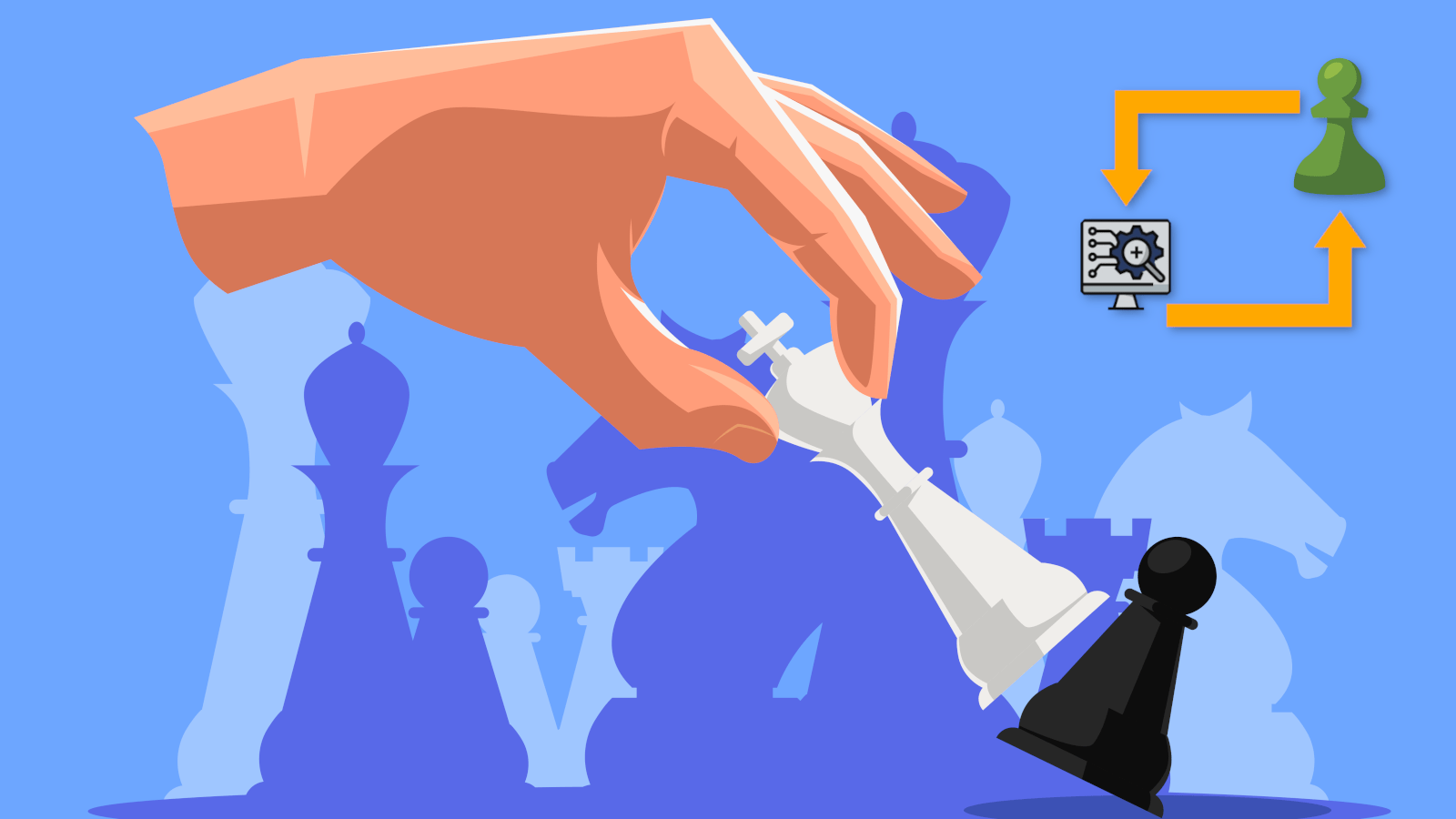 What happens when you bring together powerful pairing software and one of the world’s leading online chess platforms? In this article I (international referee Tania Karali) explain how you can use Swiss-Manager to create your own tournaments of all kinds and organize them on Chess.com.

Today, Swiss-Manager is one of the most popular matchmaking programs in the chess world. Developed by Heinz Herzog, it is endorsed by FIDE, has been translated into 24 languages ​​to date, is currently used by over 180 federations around the world and has generated over 600,000 tournament files.

Swiss-Manager is very user-friendly and allows you to create both individual and team tournaments, in Swiss and round-robin formats or any other type of tournament you wish, or even simultaneous exhibitions. If you are not familiar with the program or if you have difficulty with some of its functions, you can consult my “User Guide”.

The guide goes step by step through how to install the software on your computer and set up a new tournament, but it also explores deeper waters, such as how to upload photos of the game location to chess. -results.com or calculate prize money according to the Hort system. In addition, it will soon be translated into eight languages: Greek, Italian, French, Spanish, Portuguese, Czech, German and Persian.

The basic steps for creating a tournament file, after downloading Swiss-Manager on your PC, are as follows:

The Scheveningen system is a method of organizing a chess match between two teams. Each player on one team faces each player on the other team. The team with the most games won is the winner. This system is a popular way to create title standard opportunities. The system was first used at a tournament in Scheveningen, the Netherlands in 1923. The idea behind it was that a team of ten Dutch players could face ten foreign masters. This was intended to give the players on the team an experience in the face of stiff competition.

To organize a Scheveningen tournament, start by creating a “Round Robin for Teams” file and enter the two teams that will compete against each other. Next, enter the players from each team and make the pairings, selecting “Scheveningen Tournament” as the pairing option. It is important to enter the players before making the pairings, so that Swiss-Manager can provide the table pairings for each round. The number of rounds that will be played will be defined by the number of tables, which you can enter by selecting Enter → Configure tournament …. In the same dialog window, you can define all tables of each team to play with the same color every turn or not. Keep in mind that the pairs that will be produced will be different from those shown in the corresponding tables, which means that opponents can play against each other in different rounds. What is important is that each player on one team will play against each player on the other team, just in a different order.

You can also use Swiss-Manager to create a file for simultaneous exhibition, where a high level player meets a number of other players. Start by creating a tournament file using the “Round Robin” option and enter the players starting with the simul-dealer. Then, make the pairings, by selecting the option “Simultaneous tournament” and Swiss-Manager will do the rest. 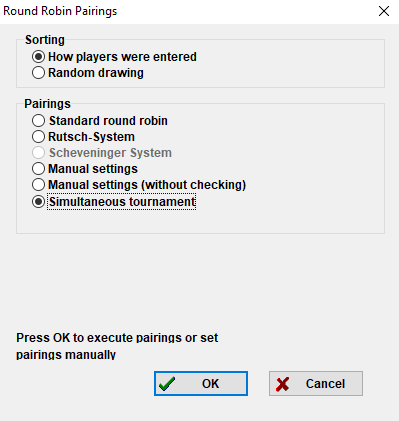