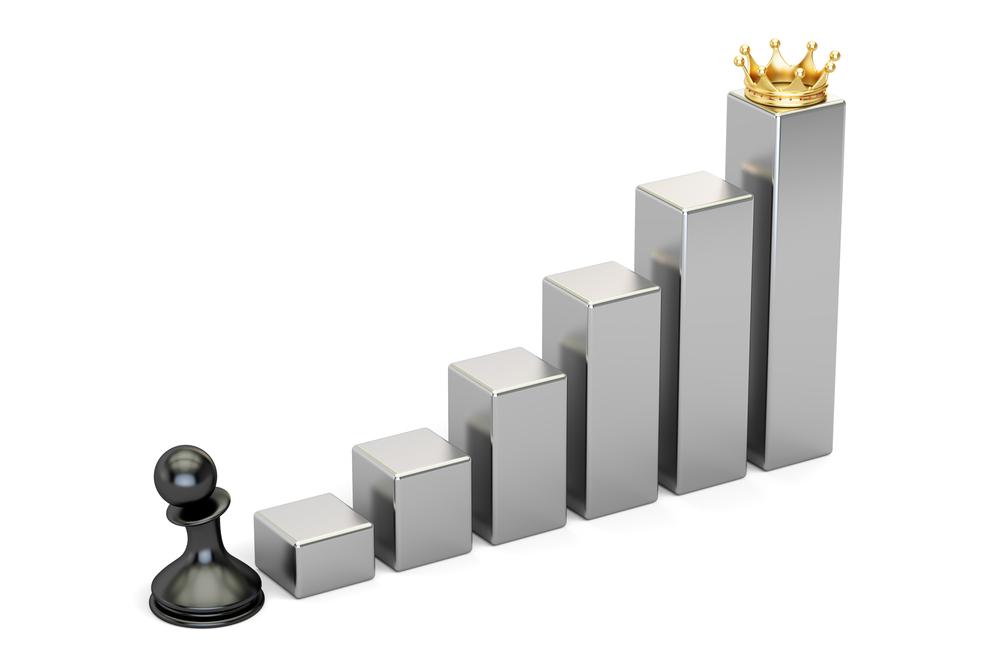 Is it possible for a beginner in chess to acquire enough knowledge and skills to improve 600 ranking points in 90 days?

For most people, it’s not enough to just play chess and leave it at that. Although it is a game, it is also a pursuit of mastery and a continuous call for improvement.

To help our members on their journey to chess mastery, we have studied chess players who improved their game significantly in a relatively short period of time.

We analyzed players who started below the beginner rating of 800 (after enough games to give us confidence in our estimate of their level), and then we reached an intermediate rating of over 1400 in just 90 days.

I will refer to these players as “rapid improvers.”

It is an impressive achievement. What have these players done to improve so much in such a short time, and what should you be doing to improve in the same way?

Here are the four things fast-improving chess players do to get better:

1. Those who progress quickly play much more chess.

Although it may seem obvious, the simple act of playing more games is one of the most important habits to develop on your way to mastering chess. We found that our players who improved quickly played two to three times as many games in a week as other players who did not improve as much.

Recommendation: Aim for around 10 quick games most days if you want to improve as quickly as possible. Or just play a game or two more than you currently play to steadily improve at a more moderate pace. The key is to play, play, play.

2. Fast improvers analyze most of their games.

Those who improve their game the most are about twice as likely to use the game report, error retries, and other analysis features available after each game. Some 74% of fast-growing gamers regularly analyze their games, compared to 41% of other gamers.

Recommendation: After each match, take a few moments to review your match report and analyze or retry your mistakes. It doesn’t take long, but it makes a significant difference when you learn from your actual mistakes in your own games.

It might not seem like a lot, but on average our fast improvers completed one additional Puzzle Rush per week, and it seemed to have had a big impact. Their personal best scores started around the site average of 14, then steadily climbed to over 25 over the year we tracked them. That’s an 86% improvement!

Recommendation: Try to play two Puzzle Rush games almost every day. This habit leads to faster pattern recognition and essential chess instincts. The best part of Puzzle Rush is that you learn without even knowing it, and it’s also fun.

4. People who progress quickly only take a few more lessons.

As with Puzzle Rush, it seems that a slight difference in lesson usage makes a big difference in results. Our fast improvers took only one more lesson per week than those who didn’t improve as quickly.

Recommendation: Try to complete one lesson per day. Each lesson takes about five minutes, but the overall impact on your game really adds up over time.

All players can improve their chess games, but like any other skill, it takes constant commitment and time.

If the four recommendations seem too important to you, don’t worry. Do just one or two and you can get closer to the ideal for your current habits.

Over time, every consistent effort you make to follow these recommendations, even a little, will lead to improvements in your chess game.

Good luck! And may you too be known as a “rapid improver” in the near future.