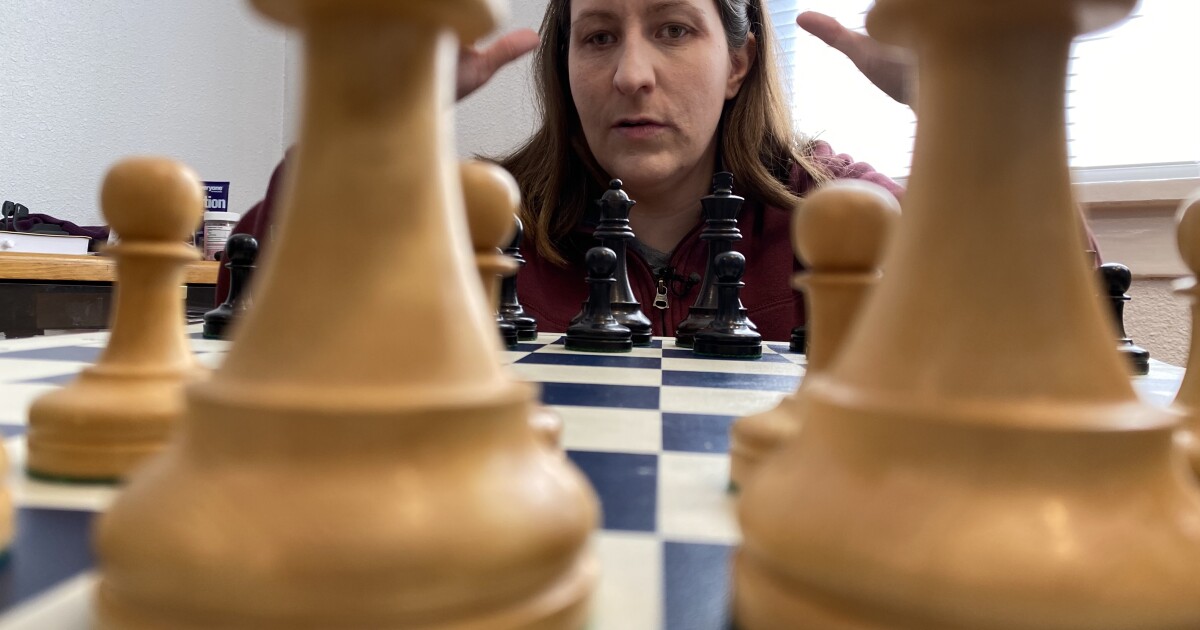 KANSAS CITY, Mo. — Chess is experiencing a national revival following the release and popularity of Netflix’s “The Queen’s Gambit.”

One of the best players in this sport lives in Kansas City. She is a rising star in the sport and becomes a master of the game.

“An opening principle says controlling the center,” Jessica Lauser said when setting up her first moves.

She knows the terrain and knows how to win a game in less than five moves.

Its ground is the chessboard. She navigates every move without clearly looking at every box.

“I was born at 24 weeks gestation, so very premature,” Lauser said.

“I’m able to detect things visually, but of course it might just be a shape or a general idea of ​​what the object is,” Lauser explained.

She started her chess adventure at the age of 7.

“They say every master was once a beginner,” Lauser said.

It’s a turn of phrase she heard as she rose through the ranks of the sport.

“My current rating is around 1,800 of those points,” she says, citing the chess rating system in which national masters get ratings north of 2,200. Grandmaster ratings are north of 2 500.

She was successful at the highest level in her division and is the reigning United States National Blind Chess Champion.

She has also honed her craft online by playing chess virtually. She is at home on the chessboard.

“I kinda wonder how people do things with normal vision, I don’t know what depth perception is, I’ve never seen depth, I can experience it that way “Lauser said.

Jessica is also multi-qualified for international tournaments. She competed in a virtual Olympiad this summer and hopes to raise enough money with her teammates to compete overseas when in-person competition resumes.