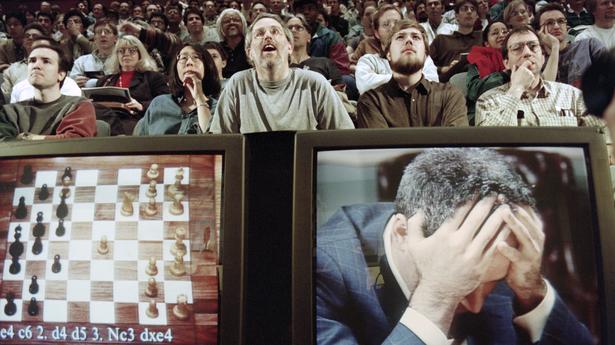 Kasparov vs. Deep Blue: The 1997 chess game that thrust Artificial Intelligence into the spotlight

With his hand firmly pressed to his cheek and his eyes fixed on the table, Garry Kasparov took one last dark look at the chessboard before storming out of the room: the chess king had just been beaten by a computer.

It was an “incredible” moment, says artificial intelligence expert Philippe Rolet
AFP even if the lasting technological impact was not so huge.

“It’s not about man versus machine. It’s really about how we humans use technology to solve tough problems,” said team leader Deep Blue, Chung-Jen Tan, after the game, listing the possible benefits of financial analysis to weather forecasting.

The computer was beatable, he argued, because it had too many weak points. Nowadays, the best computers will always beat even the strongest human chess players.

AI-powered machines have mastered every game and now have much bigger worlds to conquer. Korf cites notable advances in AI that have helped make self-driving cars a reality. 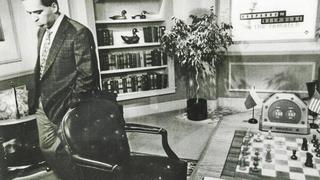 Garry Kasparov walks around the game room waiting for IBM’s Deep Blue computer to make its next move during game three of their six-game rematch, in New York on May 06, 1997. (File photo)

Yann LeCun, Head of AI Research at Meta/Facebook, said
AFP there had been “absolutely incredible progress” in recent years.

They fed increasingly powerful artificial intelligence machines with unimaginable amounts of data from their users, serving up targeted content and advertising without remorse, and forging trillion-dollar businesses in the process.

While critics lament a loss of privacy, enthusiasts believe that AI products make everyone’s life easier. Despite his painful history with machines, Kasparov is largely unfazed by the increasingly dominant position of AI.

“There is simply no evidence that the machines threaten us,” he said.
AFP Last year.

Garry Kasparov, AI, Chess: A Game That Puts AI in the Spotlight