The chess club is apparently very diverse, with women making up about half of the participants

One of London’s biggest running groups started a Bermondsey chess club after one of its members took inspiration from the Netflix show The Queen’s Gambit.

Ben Stone, who is part of London City Runners, which is headquartered in a Druid Street railroad arch, said he had been looking for a chess club in London for a long time but couldn’t had “never found one young enough and fun enough”.

He proposed the idea to Tim Navin-Jones, founder of the London City Runners, in the summer of 2021 and the new chess club – the “Knight Club” – was born. The chess club meets “religiously” between 1 pm and 3 pm on Sundays – and every other week there is a tournament.

Tournaments typically have around 30 or 40 people, with competitors of all skill levels playing in a knockout system. The game is free, but it is customary for whoever loses to buy a drink from the winner. 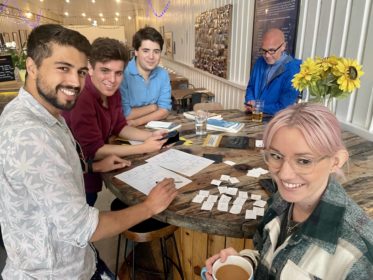 People who were knocked out tend to play other games like Monopoly and Connect4, before meeting again to watch the final. The final is played on a chessboard made by a local plumber from bathroom tiles.

Although the tournaments are competitive, the organizers said the atmosphere was very welcoming and players gave each other tips and lent chess strategy books. The club is apparently also very diverse. 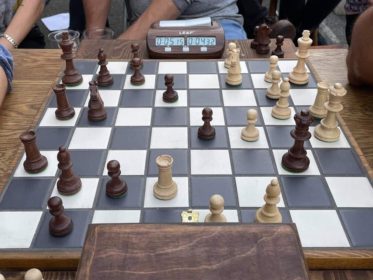 Tim said: “It’s very fantastically multicultural. You might think chess wouldn’t be, but it really is.

Women apparently make up about half of the people who participate, but “the people who tend to win are guys,” Tim added. “I’ve seen a woman win it before – yet. “