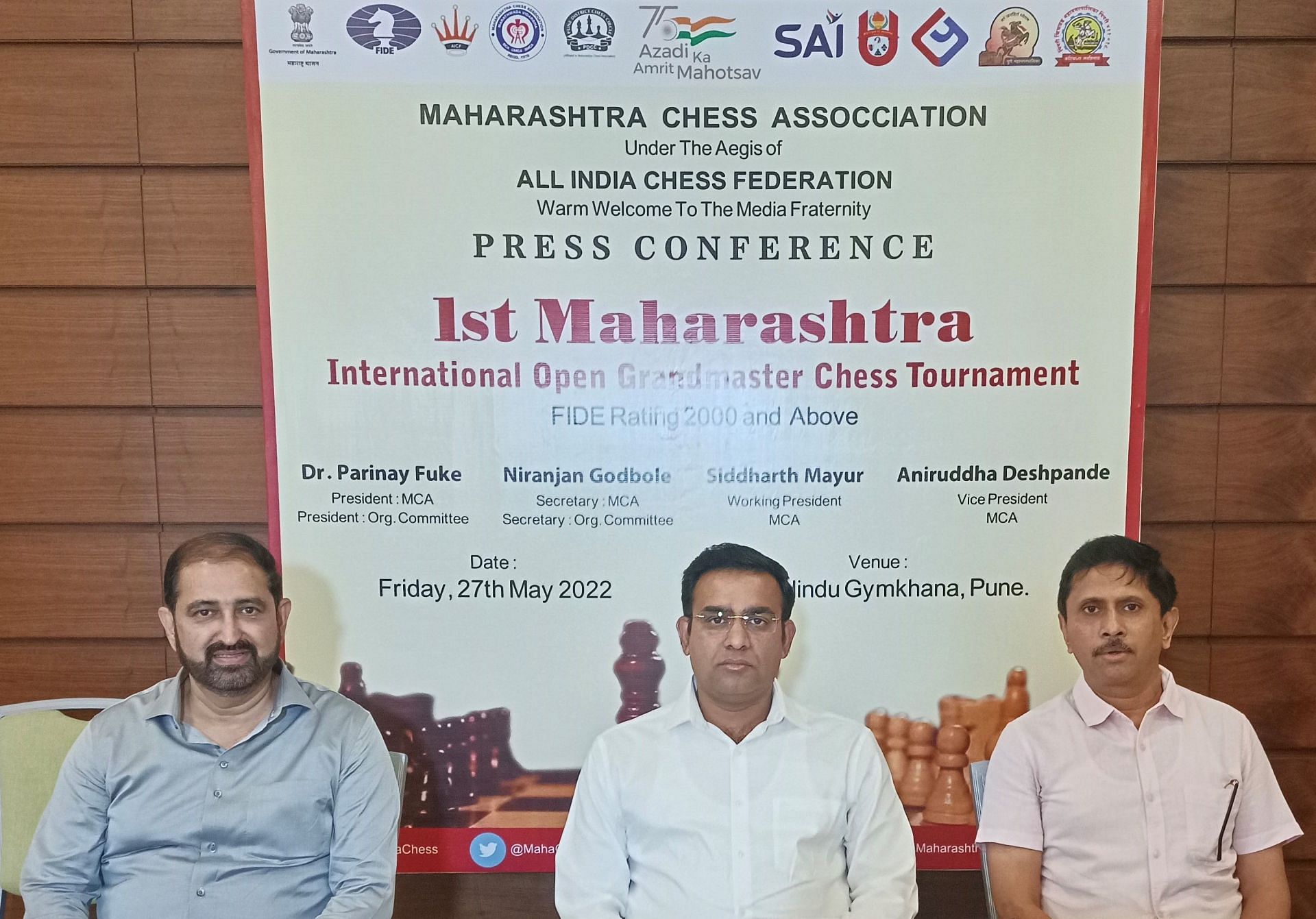 The Maharashtra Chess Association (MCA), under the umbrella of the All India Chess Federation (AICF), will organize two international chess tournaments in Pune in the coming days.

The Pune Open Chess Tournament (for players below 2000 rating) will also be played at the same venue.

The Maharashtra International Open Grandmaster Chess tournament will be held from May 31 to June 8, while the Pune Open Chess competition will be held from June 1 to June 4. Competitors from about 13 countries and more than 20 Indian states will participate in the tournaments.

Girish Chitale, vice-president of the MCA, Bharat Singh Chauhan, secretary of the All India Chess Federation, and Ashok Jain, former president and mentor of the Maharashtra Chess Association, will be present for the occasion.

The Maharashtra International Open Grandmaster Chess Tournament will be open to players who have a Standard FIDE rating of 2000 and above in the current rating list. The total price is Rs 20,00,000.

Read also
The article continues below

For the Pune Open Chess Championship, players who have not passed the FIDE rating of 2000 in the last 36 months prior to the start of the event will be eligible to participate. A cash prize of Rs 10,00,000 will be awarded to the winners. Likewise, the tournament will be played under FIDE chess laws for a total of 10 rounds based on the Swiss League.

Hong Kong: Pearl of the Orient or Pawn in Chinese Chess?, By Osmund Agbo