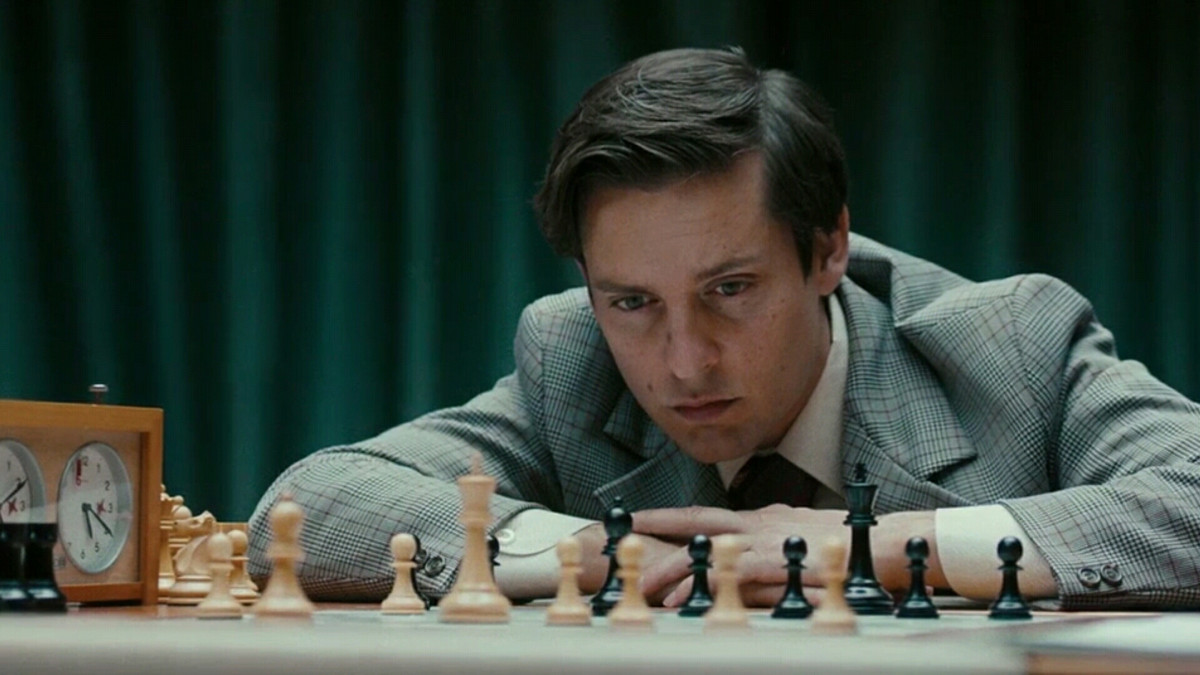 The 44th Chess Olympiad popularly known as the Chennai Chess Olympiad is currently underway in Chennai. The event organized by the International Chess Federation (FIDE) is designed to promote the game of chess everywhere. This is the first time the Chess Olympiad has been held in India and it has created a huge buzz around the event which started on July 28 and will run until August 10.

With the increase in research on chess, there has been a sudden increase in the number of people wanting to watch movies about this much talked about sport. Here are some chess movies that are fun to watch:

Directed by Satyajit Ray, the film is also known as “Shatranj Ke Khiladi” in India. It is based on a short story of the same name by Munshi Premchand. “The Chess Players” is set in 1856 on the eve of the Indian Rebellion of 1857. The British are about to annex the Indian state of Awadh. The daily life of two wealthy men (Sanjeev Kumar and Saeed Jaffrey) who devote themselves to chess is presented against the backdrop of intriguing British East India Company officials. The film also depicts the history of the British regime’s relationship with the Indian ruler of Awadh (Amjad Khan) at that time. Furthermore, it gave a brilliant depiction of the ruler’s devotion to both his religious practice and the pursuit of pleasure.

Directed by Steven Zaillian, the film is also known as “Innocent Moves”. The film revolves around a 7-year-old Josh Waitzkin (Max Pomeranc). After beating his father (Joe Mantegna) in a chess match, he gets noticed for his talent. He takes an interest in rapid chess at the park and learns the game from a hustler named Vinnie (Laurence Fishburne). However, Josh’s parents invest in the services of Bruce (Ben Kingsley), a famous coach who has very different practices. Between Bruce’s methods and the stress of competition, Josh learns that even a chess prodigy can’t make all the right moves.

Directed by Marleen Gorris, the film was based on the novel “La Défense” by Vladimir Nabokov. Set in the late 1920s, “The Luzhin Defense” revolves around the life of a clumsy, supernatural chess grandmaster who arrives in the Italian lakes to play the match of his life and unexpectedly finds love. of his life. Discovering his prodigious talent as a child overshadowed by the failure of his parents’ marriage, Luzhin’s unsettling passion for chess becomes his refuge and makes the real world a ghost. The film centers on this mentally tormented chess grandmaster and the young woman he meets while competing in a world-class tournament.

Directed by Vikram Jayanti, this documentary focuses on the infamous match between chess champion Garry Kasparov and Deep Blue, which was a computer designed by IBM to play chess at the highest level. In the years leading up to the 1997 match, Kasparov was known as the best talent in chess history, but he stirred when Deep Blue opened the contest playing better than expected. Kasparov argues that IBM somehow cheats to improve his chances of victory, and his assertion casts a shadow over the game’s dramatic finale.

Directed by Jake Goldberger, the film revolves around an ex-convict (Cuba Gooding Jr.). He was determined to help young people in the ghettos who were at high risk of getting into bad business. He tries to help them avoid the mistakes he made in his life. Trying to help them, the ex-con forms a chess club to offer them an alternative to running with the street gangs. He starts the Big Chair Chess Club for young people in downtown Washington, DC, which is quickly becoming a great alternative for young people to escape gang life and do something meaningful with their lives.

Directed by James Napier Robertson, the film is based on the true story of Genesis Potini, a brilliant New Zealand chess player. However, he suffered from severe bipolar disorder. The film begins with him (Cliff Curtis) walking down a street in the rain, before entering an antique store and playing chess with himself. The film showcases his entire life journey in flashbacks and shows how he battles demons from his past and his mental disorders and ultimately emerges victorious in the end as a formidable chess player.

Directed by Edward Zwick, the film revolves around American chess legend Bobby Fischer (Tobey Maguire) and Soviet grandmaster Boris Spassky (Liev Schreiber). The film shows how the two, at the height of the US-Russian Cold War, fascinate the world with their intense battle of wills and strategy in the 1972 World Chess Championship. their respective schedules. The film also delves into the dark side of Fischer’s paranoia. The mental stress that Fischer imposed on himself as a child before his participation in the world championship probably further hampered his mental health. Shortly after, he disappears from public view and goes into hiding.

Directed by Benjamin Ree, the documentary revolves around the youth of Norwegian chess prodigy Magnus Carlsen. He goes on to detail how he ended up becoming a grandmaster at the age of 13. Thus, he ended up winning the FIDE World Chess Championship in 2013. The film features Carlsen’s confrontation with other chess grandmasters like Gary Kasparov and Viswanathan Anand. . It became the first Norwegian feature-length documentary to have its world premiere at the Tribeca Film Festival.

Directed by Mira Nair, the film is based on a book of the same name by Tim Crothers. The film revolves around a 10-year-old Phiona (Madina Nalwanga), living in the Katwe slum in Kampala, Uganda, with her mother Nakku Harriet (Lupita Nyong’o) and her other family members. Life is a constant struggle for Phiona and her family. However, her world changes one day when she meets Robert Katende (David Oyelowo), a missionary who teaches children to play chess. Phiona becomes enthralled with the game and quickly becomes a top player under Katende’s guidance. His success in local competitions and tournaments opens the door to a bright future and a golden chance to escape a life of poverty.

Directed by Scott Frank, the limited series is based on the 1983 novel of the same name by Walter Tevis. It is a coming-of-age drama that follows the life of an orphan chess prodigy, Elizabeth Harmon (Anya Taylor-Joy), during her quest to become an American chess player. elite while battling emotional issues, drug and alcohol addiction.

In the recent past, there has been talk of a biopic about the life of Indian chess grandmaster Viswanathan Anand. At an event, Anand himself suggested that someone like Aamir Khan might be the perfect person to portray him on screen in the biopic. However, there has been no official word on the same yet.