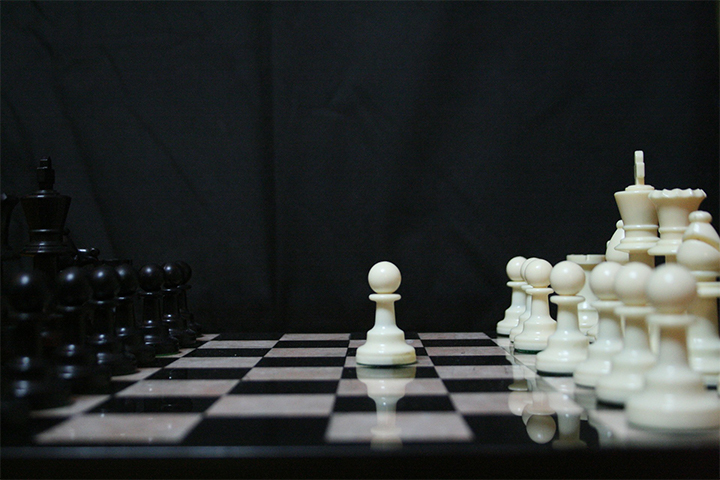 The unexpected paradox of openness

In a knockout chess tournament, grandmasters Fritz and Chester must play in the final. Ten decisive matches will determine the outcome of the championship.

Although GM Chester with White never opens with anything other than 1.e4, he tries to cause trouble for Fritz by saying something mind-blowing.

He tells Fritz that whenever he plays with white, which will happen on the second, fourth, sixth, eighth and tenth day of the tournament, he will open with 1.e4 as usual. But one of these days he will promise Fritz instead to open with 1.h4 and Fritz will be completely surprised. That said, Chester walks away with a smile.

Fritz thinks for a moment and shakes his head. What was that garbage? But as he walks back to his hotel room, he can’t help but think about what Chester said to him.

After thinking about it for most of the night, Fritz concludes that he will know for sure when Chester plays 1.h4! Fritz thought of the solution like this:

The “surprise pawn move” cannot take place on the last day of the tournament, as if it had not been played the day before because there is only one day left – and therefore it will not be a surprise if 1. h4 is played on day number ten. Since Chester’s promise guaranteed that the pawn’s move would come as a surprise to him, Fritz concludes that it cannot happen on the last day.

Fritz then explains that the surprising move cannot be on day eight either because the last day has already been eliminated, so if 1.h4 has not been played on day two, four or six, the move must be made on the eighth day, so that’s not a surprise either. Continuing this pattern, he concludes that the move cannot take place on the sixth, fourth or second day either.

A little tired, but with great relief and a clear, focused mind, he heads to the chess tournament to play the first round, knowing he can’t be surprised at all.

After drawing three matches in the first three days, Fritz won his matches on the fourth and fifth days.

But on the sixth day, Chester plays the move 1.h4, which is a devastating surprise for Fritz. He loses all other games played against Chester, who becomes the new chess champion.

How could Chester surprise Fritz?

It’s almost more of a story than a riddle. But it is still worth reflecting on the solution and its various paradoxical chains of thought. Remember that it is not about finding a clear solution.

Either way, feedback is welcome, as always.

Jump into the chess action, move by move, to rescue Chester from the depths of King Black’s castle. Join Fritz and Bianca on a thrilling chess adventure as they enter the halls of the castle, where each challenge will help you hone your skills and prepare for the ultimate showdown.

This unforgettable chess adventure is designed to advance the skills of young chess players step by step. Discover mini-games, puzzles and more at each attraction. Learn chess tricks and skills as you ride in bumper cars and the Ferris wheel. Improve your chess strategy and tactics, opening, midgame and endgame and use what you learn to win. You’ll have a lot of fun as you learn about the seriousness of playing – and winning – chess!

The powerful solution of queens

How to get more queens on the board? Unfortunately, the king never thought of promoting more pawns!

As a solution, I want to copy and paste JoshuaVGreen’s answer, which is relevant:

Correct. With the methods the king tried to use, basically nothing will change in their kingdom.