On the rest day of the Candidates Tournament in Monte-Carlo, FIDE WGM press officer Andreea Navrotescu paid a visit to the local chess club. Here is his story.

Today, October 27, was the first rest day of the Pool A Women’s Candidates Tournament. The real question is: what should you do as a professional chess player on a rest day?

There’s probably no right or wrong answer to this question – some players would just relax while others would use the rest day to prepare even more. What I did today, however, was a visit to the local chess club (an easy choice since I don’t play). I discovered plenty of real gems for a chess fan, and I’m taking you with me! 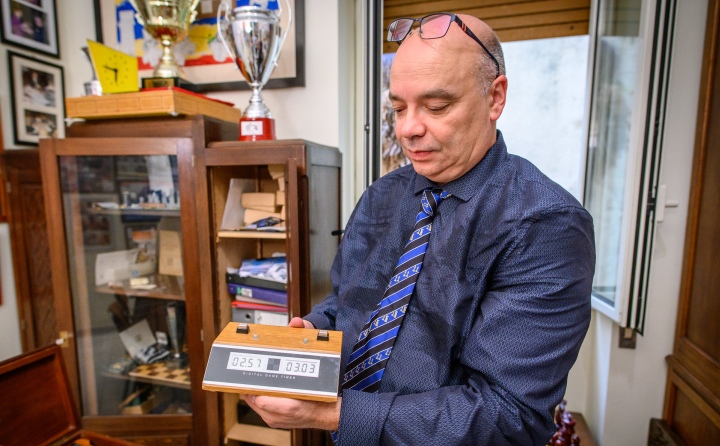 My private guide, Jean-Michel Rapaire, who also happens to be the president of the Monaco chess club, explained to me that they have been renting out their current premises since 2008 and that it is a multipurpose space ( chess lessons are given on weekdays and on certain weekends, Monaco hosts French championship matches).

Once I entered the club, I was amazed to see all these relics, including framed photos, letters from the Prince of Monaco himself, magazines, as well as all kinds of chess-related objects. The real gem of the collection is Fidel Castro’s chessboard (!!) from the 1966 Olympiad in Havana. 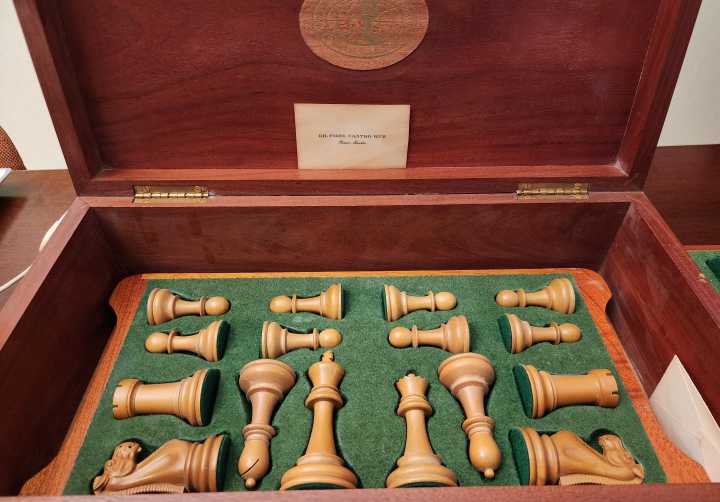 Jean-Michel also spoke of the Monaco Chess Club’s long tradition of participating in team competitions of the highest level. Fun fact, Jean-Michel said that after the Monaco team won the French League in 2001, he promised the team to double the volume of the bottle of champagne… Which seemed to have worked wonders as motivation since they won again in 2002!

We can also thank Monaco for the creation of the European Association of Small Nations (ESNA). Since small countries like Andorra, Monaco, Faroe Islands, Luxembourg, Malta, Cyprus, Guernsey, Jersey, Liechtenstein and San Marino have active live chess, they participate in the individual and team championships of the ESNA. This tie comes from the 2013 ESNA Tag Team Championship and represents all member nations. 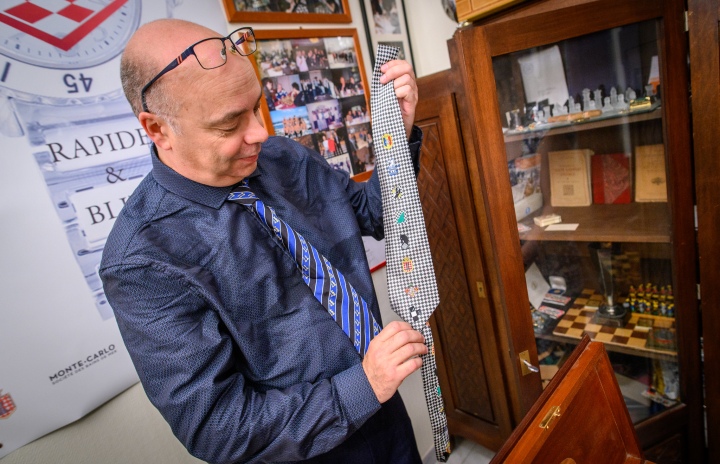 Monaco has always been extremely favorable to women’s chess, having organized different stages of women’s Grand-Prix (2015 and 2019). It seems to have paid off: the Monaco team have won eight European Club Cup titles and won the French Women’s League three years ago, in 2019. Players like Pia Cramling, Humpy Koneru, Les Muzychuk sisters (remind you of a tournament?), Almira Skripchenko are true pillars of the Monegasque team. 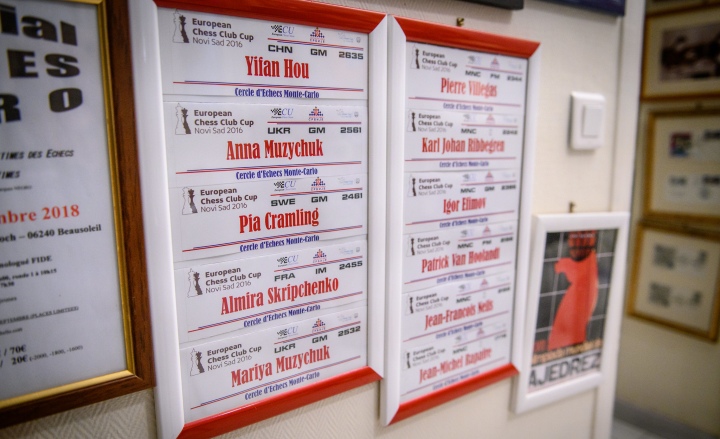 All we can wish for the players is to give the best of themselves in a place so steeped in history. The third matches of the quarter-finals will start on October 28 at 15:00 CET, so stay tuned!