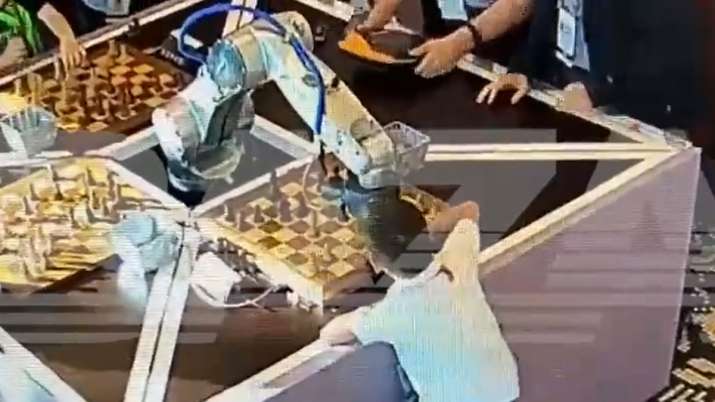 A video shared on social media shows the robot taking one of the boy’s pieces, then grabbing his finger as he tries to move. Four adults then rush in, struggling to free the boy before dragging him away from the chessboard.

Watch the viral video below:

Lazarev said the chess federation has rented the robot which has appeared in many previous events without incident. He said the boy could play again the next day and finished the tournament with his finger in a cast.

The video shocked netizens. While some users found the incident funny, others showed sympathy towards the child. One user wrote: “Jesus… A robot broke a child’s finger during a chess tournament in Moscow. There is no violence in chess, they said.” Another said: “Whoever designed this didn’t take safety into consideration. Safety protection is most important. At the very least, they should have used a slower collaborative robot.”

Check out some other reactions below:

The video is widely shared on social media platforms.