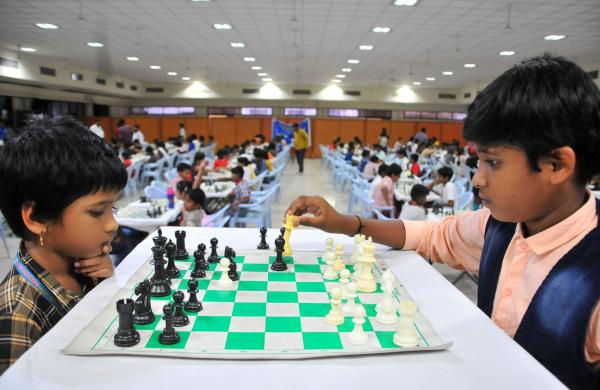 Students, Get Ready for the State Level Chess Tournaments to be Organized by All India Chess Federa – Edexlive

The Indian Chess Federation (AICF), as part of holding its 44th Chess Olympiad in India, will organize a state-level chess tournament for school students across the country.

As many as 268 students will be selected from these tournaments to attend the Chess Olympiad, which will be held for the first time ever in Mahabalipuram in Tamil Nadu, India, from July 28 to August 10, according to the AICF.

The initiative, which is part of the AICF’s Chess in Schools project, will be carried out through the state associations and with the support of the Tamil Nadu government, the AICF shared.

The federation will spend Rs 86 lakhs to organize these tournaments and educate schoolchildren about chess to boost chess activities in the country ahead of the upcoming Chess Olympiad.

A total of 76 children from 38 districts of Tamil Nadu and six players from each of the other 32 AICF-affiliated states/union territories will travel to Mahabalipuram to watch the Olympiad.

In addition, no entry fee will be collected from players to participate in tournaments. An additional travel allowance will also be given to each student with free board and lodging for three days.

The AICF will allocate a total of Rs 1,00,000 for each district for the district-level tournament in Tamil Nadu, while Rs 1,50,000 will be provided to each of the 32 states/UTs affiliated to the chess corps.

“We are trying to attract the younger generation to chess. Our goal is to ensure the participation of at least 30,000 students in this project. For schoolchildren, access to travel and tickets for the Olympiad would be difficult and we want to provide them with this. We are spending about Rs 1 crore on this project,” said Bharat Singh Chauhan, Tournament Director and AICF Secretary.

In addition, school children who have registered with the federation for the year 2022-23 and who are under the age of 15 will participate in the competition, and it will be held for boys and girls in each state for two days.

The host state, Tamil Nadu, will hold district-level tournaments in all districts separately.

The winners and runners-up of the state-level tournaments as well as the best boys and girls among the public schools will be selected, while from Tamil Nadu, the champions of each district will be able to attend the Chess Olympiad.

Help us finance a chess club