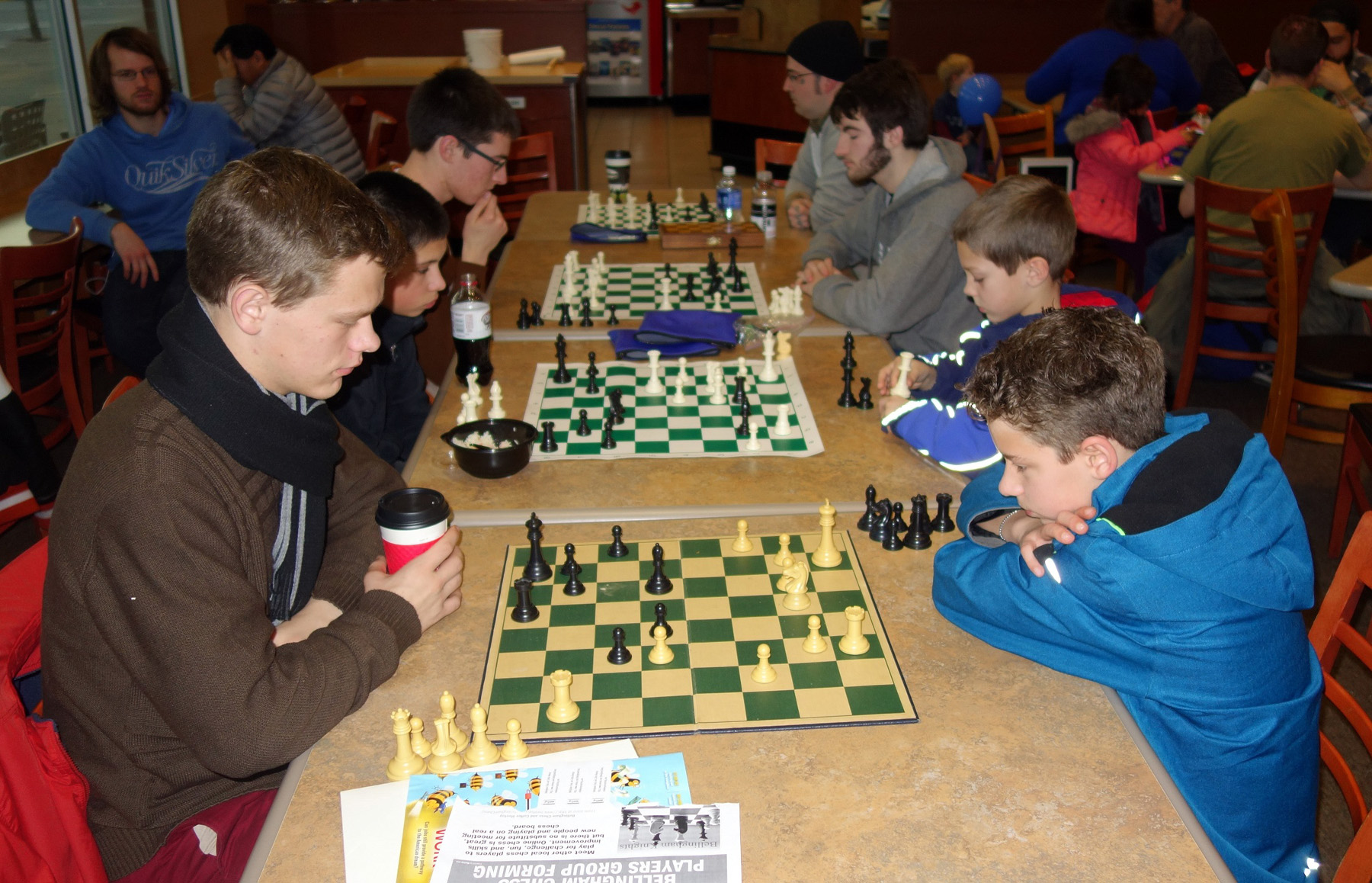 Few games are more iconic than chess, one of the oldest strategy games in the world. From ancient traditions to modern chess clubs and tournaments, the game has long brought people together.

“There are records that indicate he started around 1,500 years ago, and he was born either in Persia, which is now Iran, or in India,” says Steve Szirom, founder of Bellingham Knights Chess. Club, adding that the trade “brought the game to Europe and then it spread”. around the world.”

Chess caught on in Bellingham with just as much fanfare.

Bellingham has always had active school chess programs. The Bellingham Knights All Ages Chess Club started in the 2000s with an informal group at the now closed Fantasia Coffee House.

“It was kind of a laid-back, unorganized band that showed up almost every day, at two o’clock and played until five o’clock,” says Szirom. “There were no organized chess at Bellingham, per se. In Washington, the center of all chess activity was in the Seattle area. So in 2015, I created a chess club.

The Bellingham Knights Chess Club rented many rooms, including the Bellingham Public Library and cafes in Haggen and Barkley Village. The club has canceled all events during the COVID pandemic, but will restart as soon as it is safe to do so.

“Today we have around 270-80 members, and around 40 of them are quite active,” says Szirom. “And we are trying to create more interest in the community for chess, because it has many benefits for adults and children.”

Outside of COVID times, the Bellingham Knights Chess Club holds regular free meetings on Sundays from 2-5 p.m. They also hold monthly tournaments that members of the United States Chess Federation can enter for a $35 fee.

“It’s open to everyone, at any age or level,” says Szirom. “You come to the club event and there will be someone there who will be interested in teaching you how to play. And we also have members who are chess coaches who give personal lessons on an hourly basis. for a small fee.

Bellingham Knights Chess Club allows members of all skill levels to play in all styles including standard, rapid and blitz. People of all ages are welcome.

“My intention is to continue the chess club without charging anyone a fee, to make it easy for everyone to play, and we have volunteers who organize the gatherings and fund some of the overhead,” explains Szirom.

“Chess is a very easy game to learn – easy to learn, but very difficult to master,” says Szirom. “One of the things that’s really beneficial for kids is that it helps them improve their problem-solving skills.”

“Some of the chess grandmasters, who are the best players in the world, actually do quite a bit of physical exercise, because the mental part is very exhausting and it helps if you’re physically fit,” says Szirom. “You can’t use a computer when you’re gaming, usually, so your brain really has to be the computer.”

“Chess is a very social game, in a way, because players shake hands before the game – it’s traditional,” says Szirom. “They’re courteous and they lose the game without a fight or anything, so it’s good for the social aspect. Especially for children, they learn to take losses easily.

The Bellingham Knights Chess Club has been well received by the community, especially the parents of young people who join.

“Our permanent sponsor who is a friend of chess and who also supports us is the Chess House in Blaine, which is an online chess merchandising retailer,” says Szirom. Bellingham Youth Chess also sponsors the club.

Bellingham Knights Chess Club’s next moves – once the pandemic has passed and they can meet in person again – could include forming a non-profit, stepping up events and adding lessons formal.

“We are planning in the future to hold a Whatcom-wide or Whatcom-centric chess tournament which will be a bigger event than the monthly tournaments,” says Szirom, noting that the club also plans to have the players to local masters. “These are quite popular for people who like to play chess, to play a game against a really good player where he’s playing 10-20 people at a time.”

Szirom hopes Bellingham will one day achieve a chess presence like Seattle’s. In the meantime, making a donation and raising awareness about the Bellingham Knights Chess Club will help generate even more excitement on board.