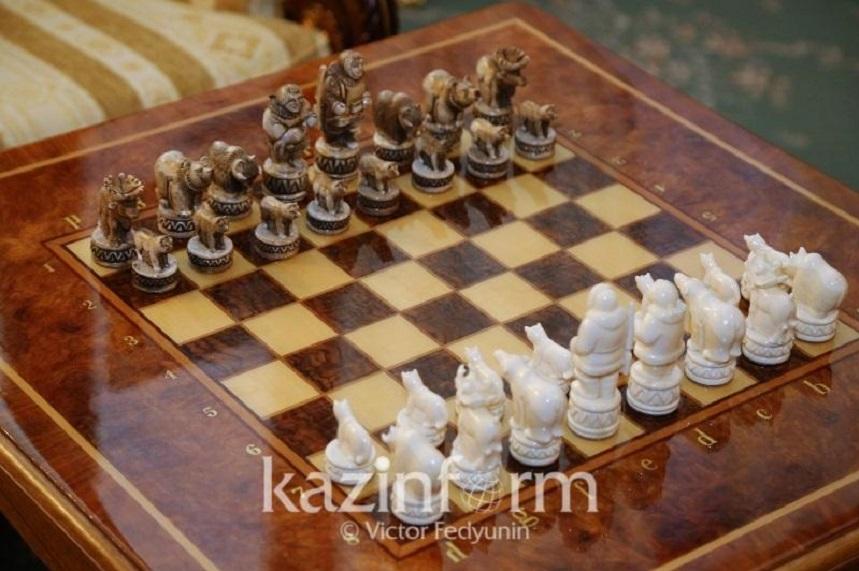 NUR-SULTAN. KAZINFORM – Kazakhstan abounds not only in natural resources, but also in smart people – the country’s significant human capital. Chess players are one of them. More information about the best chess players from Kazakhstan can be found in the latest Kazinform article.

Born in January 2000 in Almaty, Abdumalik started playing chess at the age of 5. In 2007, she won the title of champion of Kazakhstan in the under-8 category, and a year later she became the first world champion in the history of Kazakhstan. chess taking first place at the World Youth Championship in Vietnam. Abdumalik played in the girls under-8 age group and scored 10 points in 11 games.

Zhansaya made her debut as a member of Kazakhstan’s women’s team at the World Tag Team Championships in Nur-Sultan in 2010.

Abdumalik, 22, is a chess prodigy. She won the World Youth Chess Championships in her age category twice. Female Grandmaster since 2014 and International Master since 2017, she made her last Grandmaster standard in 2018, and by winning the 2021 Gibraltar Women’s Grand Prix, she became the first in Kazakhstan and Central Asia to be awarded the title of international grandmaster, the greatest personal success in his career so far.

“I started playing chess at the age of five and a half. My father taught me and my brother. He is two years older than me. He gave us a chess school. My first tournament was when I was 6,” Abdumalik said in the series of interviews conducted during the 2021 Gibraltar Women’s Grand Prix.

For her, the most interesting part was communicating with the other children. “We were having fun. That’s why I started loving chess and my school. My friends come from the chess world,” she added.

Besides chess, she also does boxing and swimming.

Born in Nur-Sultan in October 1996, Dinara Saduakassova won the Junior World Chess Championship twice, for girls under 14 in 2010 and for girls under 18 in 2014. At 15, she was the youngest player to participate in the 2012 Olympiad in Istanbul. There she was awarded the title of Female Grand Master.

In 2017 she also won the International Master title, and in 2019 – her first grandmaster standard while participating in the FIDE Chess.com Grand Swiss 2019 tournament.

“When I joined the chess club, my mother was told that I was too young,” Saduakassova said in one of her interviews. “There has never been a case of starting chess lessons at that age. Gradually, my coach started to be happy for me. I took my wins calmly, thinking that was how they should be. And at the age of 8, I already won first place in the city tournament for girls under 18. My coach believed in me and really wanted me to participate in the Asian Championships in Singapore. At that time, there were only continental championships at that age; there were no world championships. I won second place at the Asian Championships, and it was my first serious victory. I remember the first official competitions where we went at our expense, no one paid for our trips.

Saduakassova is also a UNICEF Goodwill Ambassador for the promotion and protection of children’s rights. After becoming world junior champion in 2016, she opened a chess academy for children in Kazakhstan.

Born in Taraz in February 2004, Bibisara Assaubayeva holds the titles of International Master and Female Grandmaster. She is the women’s blitz world champion, the youngest in history to win the title.

“When I was 4 years old, I saw Alexandra Kostenyuk’s award ceremony [referring to a Russian chess grandmaster] when she became World Women’s Chess Champion. I wanted the same. I went to a chess club but all the students were around 7 years old and were boys. So the first three months I was losing and going home in tears,” she said in a 2021 national television interview.

Winning the Junior World Championships in Caldas Novas, Brazil, in the U8 girls section at the age of 7, earned Assaubayeva the title of FIDE female master.

In 2016, she changed her federation affiliation to Russia, and it was not until 2019 that she returned to the national federation of Kazakhstan.

The three men met with President Kassym-Jomart Tokayev on June 22 to discuss the development of chess in Kazakhstan.

Welcoming the country’s prominent chess players, Tokayev noted that he has a special attitude towards chess and expressed his hope that the women’s team of Kazakhstan will perform successfully at the upcoming World Chess Olympiads in India.

During the meeting, he supported the proposal to introduce chess as an optional subject in the school curriculum and to build a boarding school in Almaty with the advanced study of chess and computer technologies for 1,500 children. He also underlined the importance of business support for the development of chess sports.

Chess players are set to take part in the 44th Chess Olympiad 2022 which will take place in Chennai, India from July 28 to August 10.