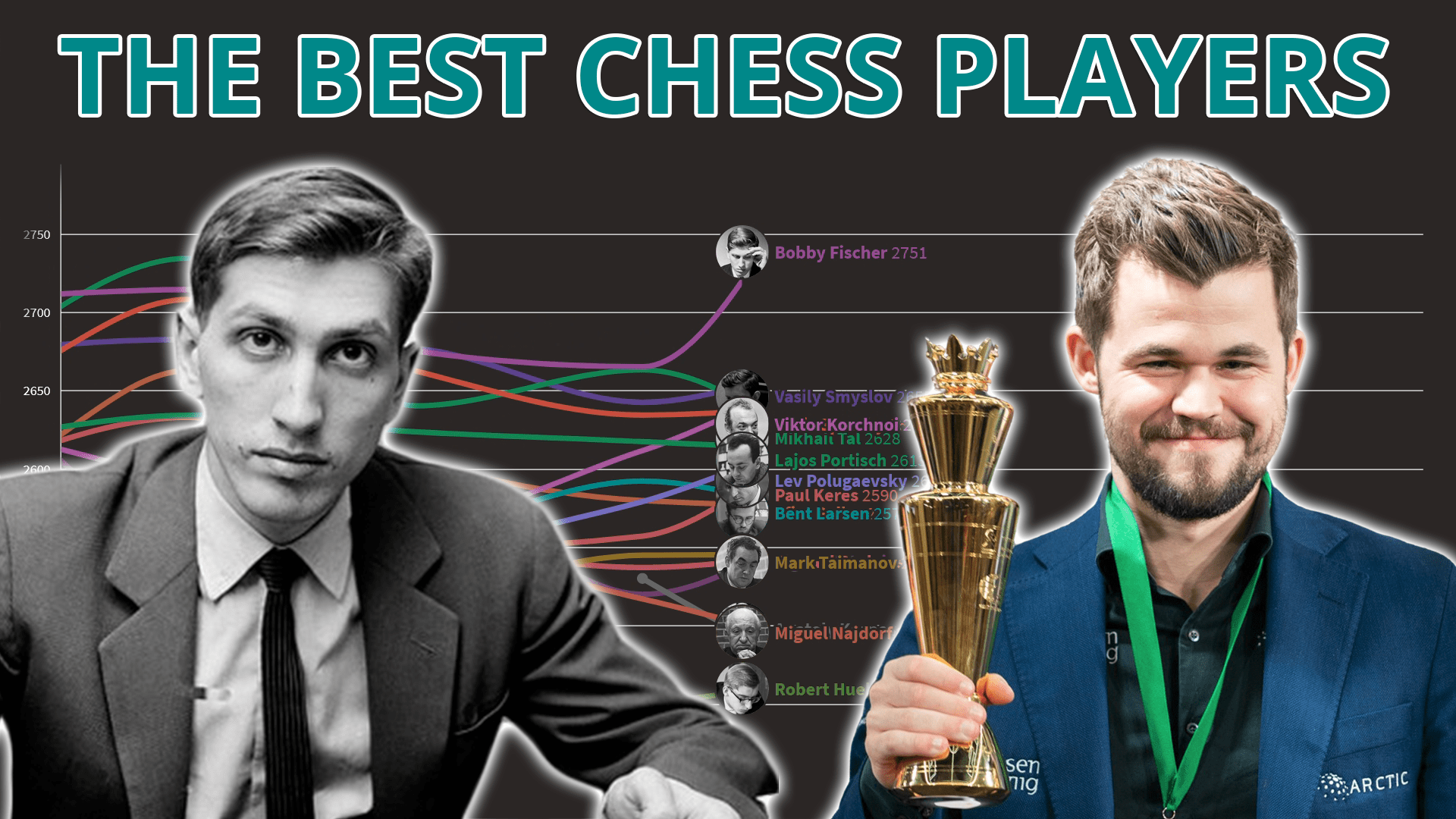 Who are the strongest chess players of all time?

There are almost as many opinions on the relative strength of great chess players as there are chess players. Opinions have been based on dominance, career longevity, brilliance of play, and many other factors. Right here is a ranking of our staff that takes into account many of these factors.

Objectively though, which chess players have played the best move-by-move chess over the years? Today we are equipped to attempt to answer this question by comparing the chess moves of great chess players with the best moves suggested by modern chess engines.

We’ve collected the complete archives of classic games from 78 of the strongest chess players in history. Using chess.com/analysis, game reports have been generated for all games at the maximum analysis depth. The calculated accuracy scores were then averaged for each active year for each player. For example, Bobby Fischer’s average accuracy in 1972 was 98.4111.

Who were the best world champions by estimated peak Elo? Here is our ranking of all world chess champions by the highest Elo estimated each year by our system.

Magnus Carlsen is the best chess player of all time according to our system, but Kramnik, Kasparov and Anand are all ranked extremely close. Also standing out are Bobby Fischer and Jose Capablanca who were decades ahead of their peers in terms of raw chess skills.

Here are some observations that struck us.

Paul Morphy, Adolf Anderssen and Wilhelm Steinitz were huge chess players, far ahead of their time, but their objective skill level is lower than that of modern players. In general, each generation has built and improved the collective understanding of the failures of previous generations.

This method takes an entirely new analytical approach to assessing chess skills. It is not affected by players’ fame and status or their Elo rating. Many non-world champions such as Harry Pillsbury, Carl Schlechter, Reuben Fine, Samuel Reshevsky and Wesley So have topped our rankings at some point without securing the ultimate chess title; however, all world champions except Boris Spassky (eclipsed by Fischer) have at some point been ranked as the best chess player in the world according to our approach. It is a testament to the fairness of chess that the title of world champion has always been claimed by extremely deserving players.

In several cases, the best chess player in the world (eg Capablanca, Fischer and Kasparov) struggled to obtain and then triumph in a title match. This can be attributed to the many benefits the world champion has typically had, including the right to select challengers, the right to impose conditions, and additional match play experience. The challenger, on the other hand, must triumph in a lengthy qualification process before they can gain the ability to compete directly against the defending champion.

In many cases, chess players played their most accurate chess at the end of their career, perhaps after losing a world championship title or after being perceived as one of the best players in the world. . This suggests to us the possibility that great chess players may retain and even increase their skill much later in their career than is often thought, but they are often overshadowed late in their career by the next generation of rising stars. .

Which players do you consider to be the best of all time? Post in the comments below!