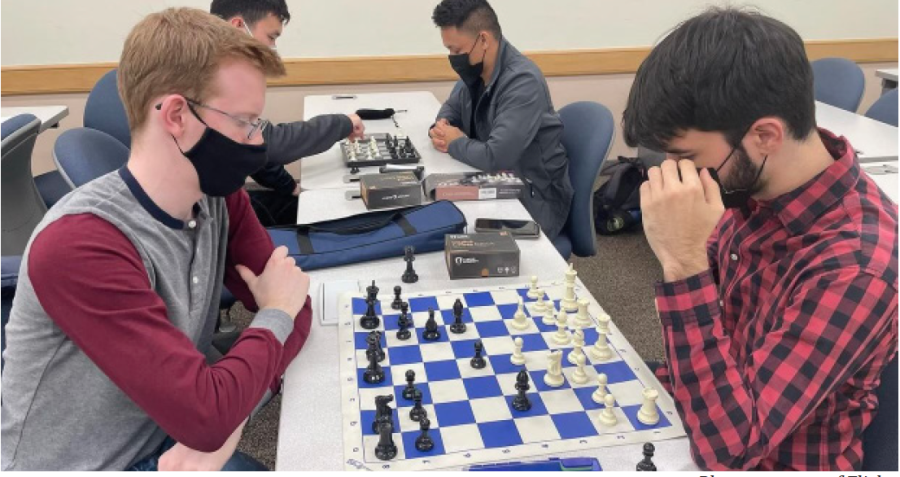 While many students have played chess a few times in their lives, for some members of the Rook & Bishop Chess Club in Wake Forest it has become a passionate hobby as well as a competitive sport.

Rook & Bishop, which was established last year, is technically a re-foundation of a pre-existing chess club in Wake Forest which went dormant several years ago. When a group of friends decided to start a small group for chess enthusiasts, they were faced with the challenge of essentially rebuilding a “lost club”.

“We contacted the school and said we wanted to start a chess club, but the school told us there was an existing chess club on their system,” said junior Daniel Ruan, Social Chairman of Rook & Bishop. “The question of who really founded the chess club [is difficult] because it wasn’t us, but he was no longer active. However, the school did not allow us to create this brand new club. So we reached out to [old members] and asked if we could take over. We took over, changed the name, and then basically restarted the club.

Faced with the challenge of rebuilding and revitalizing the club, the board is working hard to raise awareness of their new organization through social media and campus advertisements.

“We are still relatively new after [restarting] the club, so we are on the right track to develop,” Ruan said. “We have posters all over campus trying to bring in new members but it’s really sad because it seems that nowadays students are less fond of chess which is somewhat understandable but we are trying always to bring more people.”

While the club has about 100 interested members in their group chat, Ruan notes that only about 20 of those members are actually active. With the constant hustle and bustle of daily college activities, commitments, and homework, it can be difficult for interested students to find the time to sit down and learn or play chess. “I think chess is an interesting form of entertainment, especially these days when not many people enjoy it,” Ruan said. “Once you get into it, you can see how chess can help calm you down, entertain you, or give you a way to kill your free time. It’s nice to have a place where people can sit quietly for a few hours and play chess.

Senior Alfonso Berguido, chairman and refounder of Rook & Bishop, echoed Ruan’s statement that this club can simply act as a state of relaxation for interested players. While the club tries to give beginners a community to learn and improve, it is also open to those who might be interested in playing chess competitively.

“We are a club that wants to have an open space for everyone who is interested in chess,” Berguido said. “You don’t have to be competitive or even know anything about chess. It could be something as simple as watching ‘Queen’s Gambit’ and wanting to talk to someone the show. Or it could be the opposite, that you want to get better at chess and be competitive.

The club is a member of the Collegiate Chess League, representing Wake Forest in competitions. Competitive players compete against teams from other universities throughout the semester and even have the chance to make the playoffs with a big cash prize. Last semester, a four-person team advanced to the “championship round,” placing second in a tight 8-7 game. Berguido hopes to expand competitions for interested members.

“We contacted UNCB recently and we contacted Duke as well,” Berguido said. “We could have a tournament for the Triad region or North Carolina chess tournaments.”

While current members are excited to compete at the intercollegiate level, they also enjoy feeling part of the welcoming community the club offers all members. Junior Mitesh Das, Treasurer of Rook & Bishop, has made friends through club opportunities.

“It’s a really nice community of people,” Das said. “A lot of us have met through the club, and I’ve made some really great friendships within the club. It’s a really welcoming community that accepts a lot of different people from all levels.

If you want to learn chess, play casually, or even compete internationally, check out their Instagram account @wfuchess.

Ukraine is a ‘pawn in the chess game’ of the United States, says Australian professor on Moscow-Kiev conflict