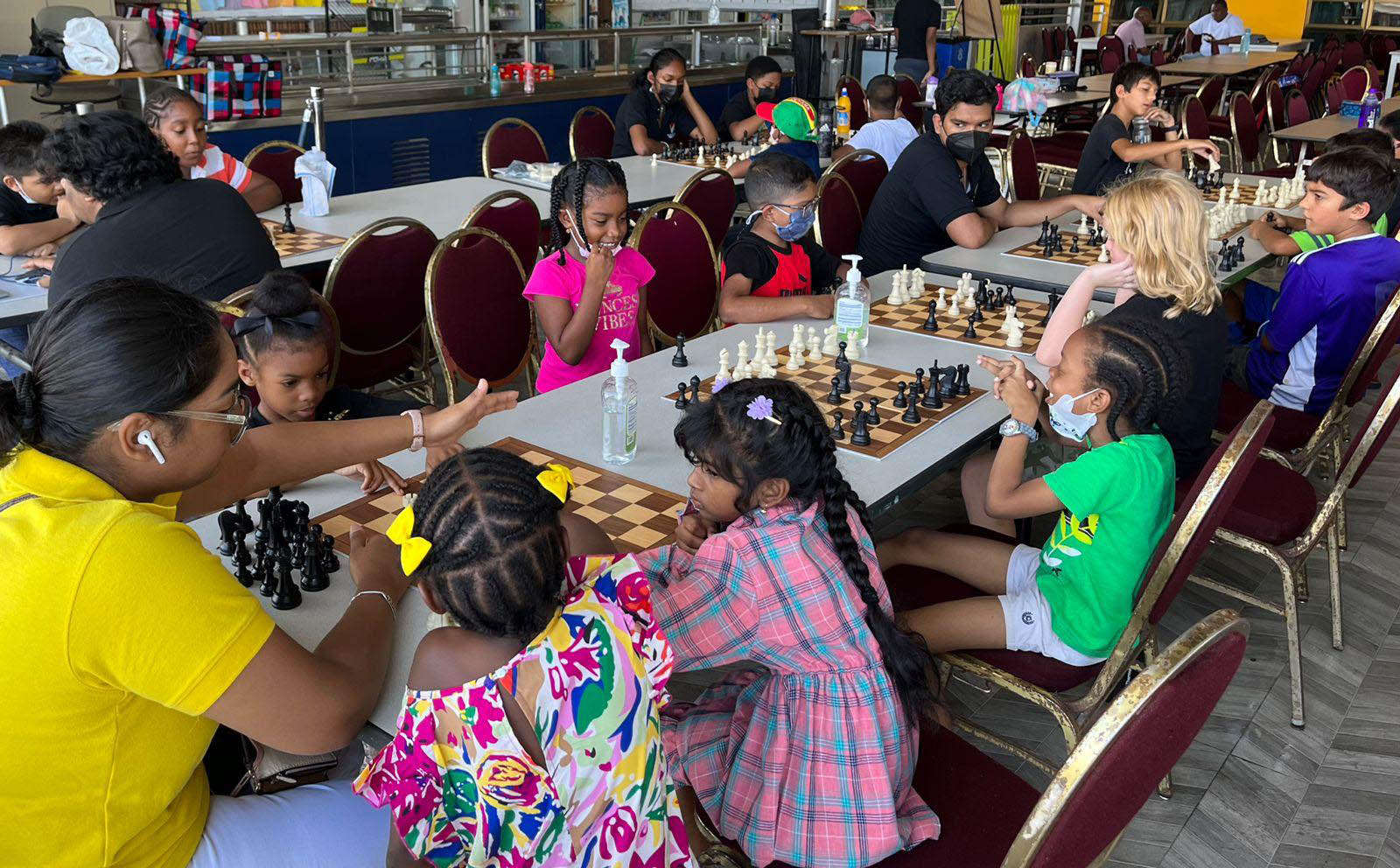 The Guyana Chess Federation (GCF) is continually making progress in its efforts to promote chess by acquiring space at the École des Nations to popularize the ancient game. The GCF, in a renewed effort, is holding sessions at the school on Saturday mornings from 10am to 12pm. Students in grades three through six are eligible to participate. The fee is $2,200 per month.

The Chess Chronicle salutes the marvelous initiative undertaken by the GCF to methodically motivate the youth of the country to play chess. The GCF official working behind the scenes to make this happen is Marcia Lee, a teacher at Marian Academy. Although she does not care about the publicity given here, it is necessary as she is a mover and stirrer of positive events within the GCF which stimulate new developments. His slogan to improve the School of Nations project is: “Chess is easy to learn”.

Internationally, controversial grandmaster Hans Niemann, accused of cheating on world champion Magnus Carlsen, was bottom of the US chess championship table last week. After winning his first match against Grandmaster Christopher Woo the previous week, he then lost four and drew three heading into the weekend.

According to one chess enthusiast, it was the game that “almost broke the internet”. In my opinion, this is the most replayed and controversial game of 2022 so far.