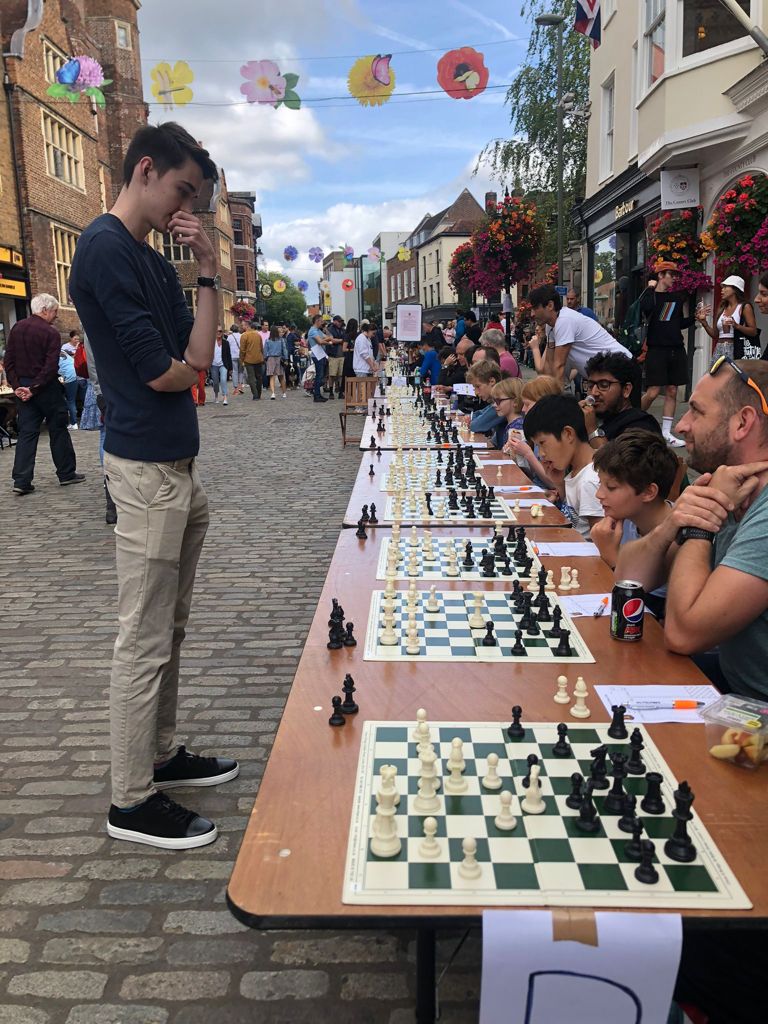 The Guildford Chess Club held a 125 chess board show last weekend on the town’s High Street to mark its 125th anniversary.

The club had nine masters playing 15 matches simultaneously with numerous boards set up on the sides of the main street.

Nigel White was one of the organizers and explained that there were 375 bookings plus a series of appointments.

He added: “It was very successful. We had over 200 children playing chess.

“Our junior section meets on a Monday night and before that we had 15 people, but after the anniversary event we were 40!

“There were 70 inquiries about our club that day as well. Everything was surprisingly smooth, thanks in large part to the stewards getting people to the right seats.

“The master will come to the board and make his move instantly, he can’t spend a lot of time thinking or the game won’t end in time.

“One or two of the opponents managed to last an entire two-hour session! But most of the kids were knocked out in 30 minutes.”

Nigel Povah is the club’s captain and said the club has fewer members than he hoped with only 40 currently.

But he insists there has been a spike in interest since Queen’s Gambit aired on Netflix.

The Club has met at the Guildford Institute throughout its existence.