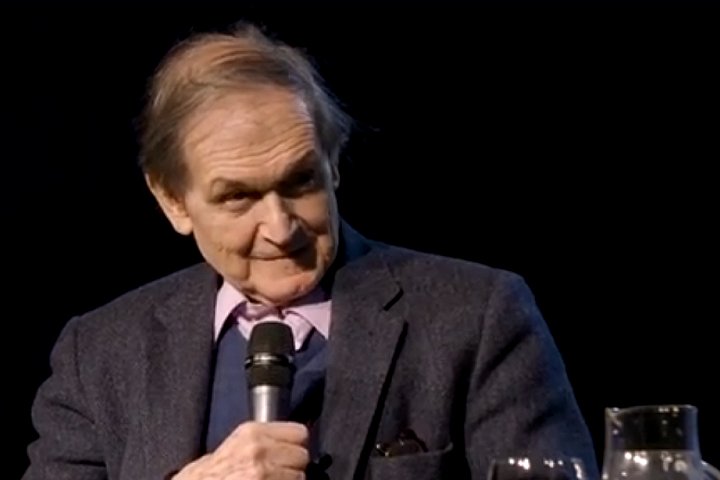 Members of the Penrose family have made great contributions to different fields of science. Mathematician, physicist and scientific philosopher Roger Penrose has just received the Nobel Prize in Physics for his research.

The prize, which comes with ten million Swedish crowns (around 950,000 euros), was split this year, with half going to Roger Penrose, while German physicist Reinhard Genzel and American scientist Andrea Ghez received the other half. The three scientists are honored for their research on black holes.

Roger Penrose was one of four children of Lionel Penrose (1898-1972), a renowned psychiatrist, geneticist and mathematician, whose work includes particularly significant contributions in the field of congenital diseases. Lionel Penrose was Professor of Eugenics at the Galton Laboratory at University College London.

Lionel Penrose also loved chess, and his legacy includes a number of studies as well as problems, such as the following:

Lionel Penrose transmitted his passion for chess to his children, and his third son Jonathan Penrose showed the greatest talent for it.

Between 1958 and 1969 he won the British Championships no less than ten times, and between 1952 and 1974 he took part in nine Chess Olympiads for England. At the 1962 Varna Chess Olympiad and 1968 Lugano Chess Olympiad, Penrose won the silver medal for the second-best result on the second board.

Jonathan Penrose’s most famous match is his victory against Mihail Tal at the 1960 Chess Olympiad in Leipzig. Penrose had White and defeated the world champion‘s Benoni defense with a sacrifice that became known as the “Penrose Sacrifice”. 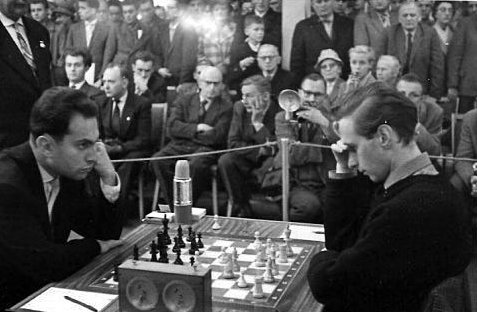 This made Jonathan Penrose the second British chess player to defeat a reigning world champion, following Blackburne’s victory over Lasker in 1899.

In 1961, FIDE awarded Jonathan Penrose the title of International Master. In 1993, he was awarded the title of Honorary Grand Master.

Jonathan Penrose has a doctorate in psychology and was a lecturer at Enfield College of Technology. And he married a chess player, Margaret Wood, the daughter of Frank Wood, former chief secretary of the Oxfordshire Chess Association.

His older brother, Oliver Penrose (*1929), was Professor of Mathematics at the Open University in Milton Keynes and, from 1986 until his retirement in 1994, Professor at Heriot-Watt University in Edinburgh. Olliver Penrose’s studies included the mathematical treatment of models employed in statistical mechanics and the theory of phase transformations, including the kinetics of phase transformations in metals. Apart from his passion for music, Oliver Penrose was also fond of chess and showed strong skill in this regard. Together with his brother he participated in the 1948 British Championship and with 6 points he finished 13th in the tie-break. Jonathan Penrose, 15, finished 21st with 5 points.

Like his brother Oliver, Sir Roger Penrose (*1931), carried out research in the field of mathematics and physics but also devoted himself to scientific philosophy. He is Emeritus Professor of Mathematics at Oxford University and Emeritus Fellow of Wadham College, Oxford. Roger Penrose has made notable contributions to the theory of general relativity and cosmology, and has already received several awards for his work in these fields. Now he also received the Nobel Prize.

Just like his brothers, Sir Roger Penrose loves and cherishes chess. In 2017 he published a chess problem in his Penrose Institute that no modern chess engine can solve, but which can be solved by humans.

Last but not least: Sir Lionel Penrose’s daughter, Shirley Victoria Hodgson (*1945, née. Penrose), is a successful scientist with experience working as a general practitioner and geneticist. In 2003, she became Professor of Cancer Genetics at St. George’s University in London.