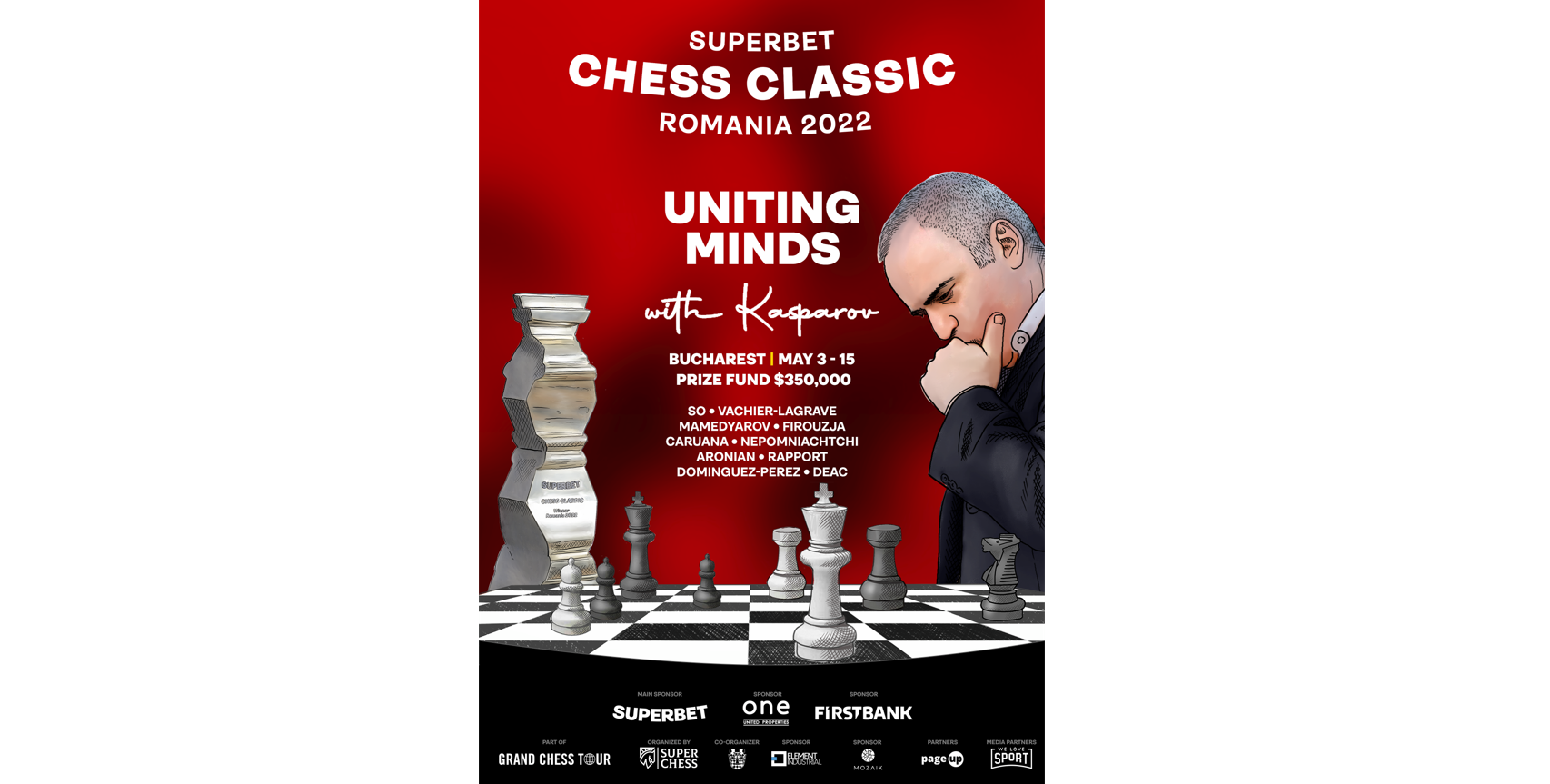 Ten of the greatest chess players in the world, according to the FIDE ranking, including the best Romanian player at the moment, will face off next week, in Bucharest, in the first stage of the international Grand Chess Tour 2022 event. opening ceremony organized on May 4, 2022 will see the presence of a figurehead of world chess: Garry Kasparov, considered the best player of all time.

The first of five stages of the international event Grand Chess Tour, one of the most important chess tournaments in the world, will begin next week in Bucharest. Ten chess grandmasters (GM) among the best players in the world, including the number 1 chess player in Romania (who received a wildcard for this stage) will compete in the Superbet Chess Classic Romania 2022 competition.

The 10 great chess players competing in the Bucharest competition are:

The tournament will start on Wednesday, May 4 from 4:00 p.m. and will be marked by the extraordinary participation of multiple world champion, Garry Kasparov, as well as the executive director of the Grand Chess Tour – Michael Khodarkovsky, Romanian Prime Minister – Nicolae Ciucă, President of the Senate Romanian – Florin Cîțu, President of the Chamber of Deputies – Marcel Ciolacu, President of the Superbet Foundation – Augusta Dragic, all 10 players, as well as guests from various social and professional fields and from the media.

The event will begin with the presentation of the tournament and the players of this first stage, the draw of the participants, followed by a first chess move by the international Grand Master Garry Kasparov against a special guest, a question and answer session -answers for the media, and a series of special moments with guests, including the 10 Grandmasters and Garry Kasparov.

the opening ceremony of the chess tournament, conveying a message of confidence and hope, celebrating life and peace and universal values, while being a tribute to those who serve the greater good, under the slogan “Uniting Minds”, will be broadcast live on TVR 1and on the website grandchesstour.org.

the chess competition will take place at the Sheraton Hotel in Bucharest, from May 5 to 14, with a free day on May 10. Matches will start daily at 3 p.m. and end around 8 p.m. Each day of the competition will be launched with a first step by special guests, athletes, officials and various Romanian public figures.

The event is also open to the general public. All fans of this sport can book their tickets on www.superchess.ro and watch the 10 GMs battle it out, right there in the room. Tickets are available in limited numbers.

Access to media both in the opening ceremony and in the chess competition is exclusively based on accreditation. To participate, journalists are invited to apply for accreditation by completing the accreditation form and sending it to [email protected]before May 2, 2022, 1 p.m.

The Romanian Chess Federation is co-organizer and partner of the Bucharest competition with the Superbet Foundation. Romania currently ranks 27and out of 186 countries in the world, according to the FIDE rating.