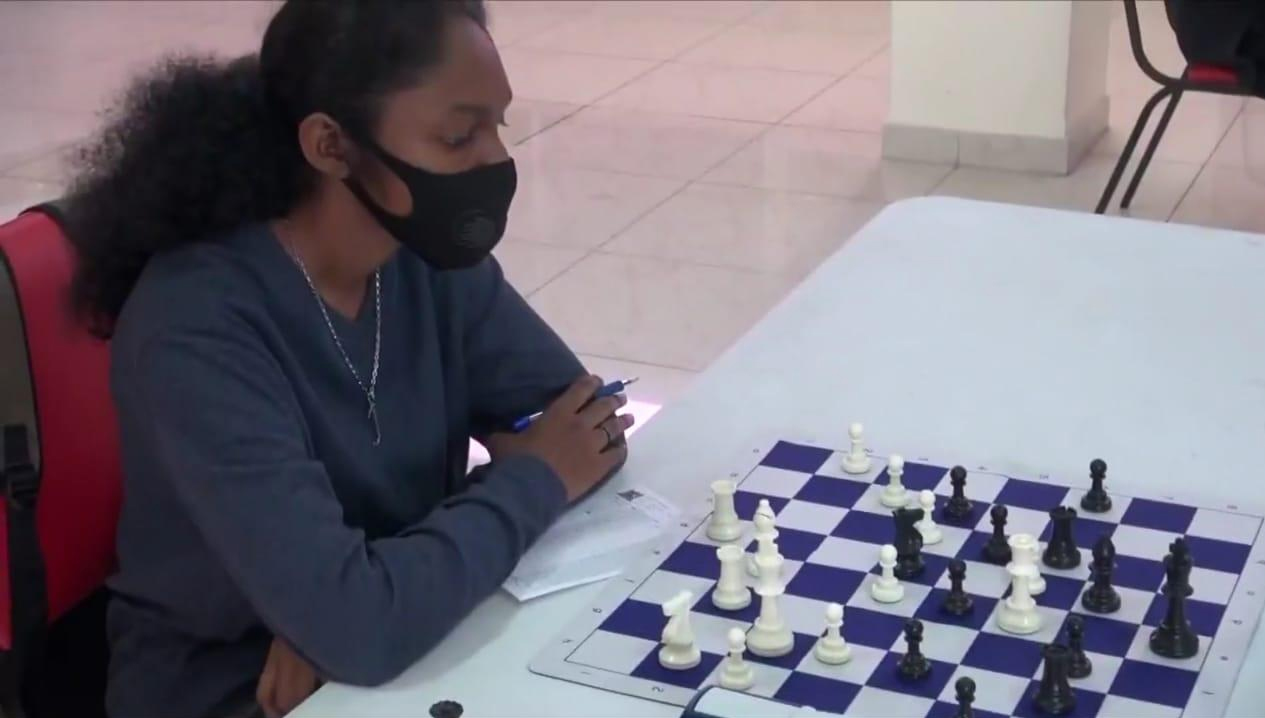 Guyanese chess players recently participated in the inaugural Master of the Guyanas, an online tournament hosted by Suriname-based Athena Chess.

In the online competition held on January 22, Guyana’s Jessica Callender won third place in the women’s category with 4.5 points.

According to a statement, Callender finished just one point behind first-place Master contender Victoria Kaslan of Suriname.

“Callender has scored strong performances in numerous local and regional events, and has also competed in the last two Online Olympiads,” the statement read.

The top overall finisher for Guyana was Justino DaSilva who finished with five points. He too received an award.

“DaSilva, who qualified for the 2020 National Championship and won the Independence Cup last year, is a very active player on the local scene,” the statement read.

Guyanese Francis Simmons, who finished with four points, also received an award for being the tournament’s oldest competitor.

The top five players were all Surinamese, with Imaan Kalidjo crowned the Guianas’ first master.

Athena Chess will host several tournaments, both online and remotely, and said they hoped to reach out to Guyana to participate as well, the statement said.