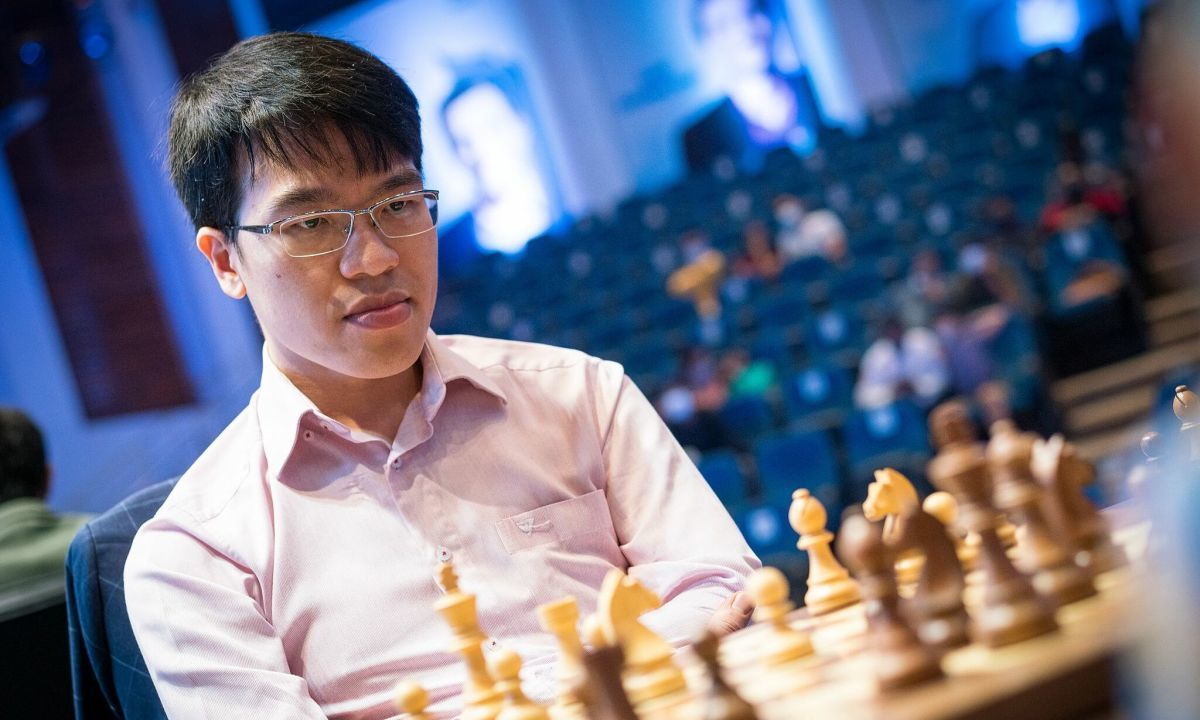 According to FIDE, Vietnam had 16 Elo-rated tournaments in 2019, before the Covid-19 pandemic. This number is considered quite low compared to other countries in the region such as Malaysia (143), Thailand (138) or the Philippines (76). Vietnam is only sixth in the number of FIDE-rated tournaments in Southeast Asia.

Statistics do not reflect the true strength of Vietnamese chess. In the last seven Asian Team Championships, Vietnam have finished in the top three five times. In the last three Asian individual tournaments, Vietnam also had two champions, Le Quang Liem in 2019 and Vo Thi Kim Phung in 2017. Even in youth competitions, Vietnam often achieves the best results. Therefore, it is no exaggeration to say that Vietnam is currently among the best chess countries in Asia.

But because there are not many FIDE rated tournaments (Elo tournaments), where players can improve their world ranking, the Elo of Vietnamese chess is below its true strength. This problem is even more relevant for young players, as they lack a coefficient environment to improve.

“The Elo rating of young players in Vietnam should be increased by 200 to match their true level,” chess grandmaster Bui Vinh said. VnExpress.

Because Elo is considered lower than actual strength, Vietnamese players are reluctant to compete. If a tournament is made up of all players with a low Elo, the average Elo for that tournament will not be high. The two factors that lead to an increase or decrease in a player’s Elo are the Elo of his opponents and the number of points earned in that tournament. Therefore, the Vietnamese will not be able to improve their Elo if they compete against each other despite having good results. They have to face bigger players in bigger tournaments to grow.

“The first thing to do is to increase the Elo rating of Vietnamese players, to match their true level. But this is a complicated matter and needs to be gradually improved,” Vinh added.

To do as Vinh said, there are two ways. One is to get players to compete overseas in giant chess nations like India, Russia, USA or European countries. The second option is to invite international players to Vietnam to compete with domestic players. However, both of these options face the same problem, which is budget.

Chess is not a sport that attracts a large number of viewers, although the number of participants is not small. FIDE estimates that there are approximately 300-600 million regular chess players. But not all chess players enjoy watching others play, especially strong players. A person with a low Elo rating will find it difficult to understand the game of a FIDE grandmaster. Chess is different from other popular sports like football, tennis or basketball. But it’s a problem every chess platform faces, and it’s even more difficult to attract sponsors.

“It makes their development much more difficult and it is even more difficult to think about winning international titles. Meanwhile, in the United States and Europe, there are many standard and open junior tournaments every year,” continued liem.

The question is why there are so few Elo tournaments in Vietnam.

Elo tournaments can be divided into three groups: national, international and standard. In order for a country to hold such tournaments, FIDE requires the national chess federation to pay a fee. Depending on the number of players and the average Elo of the tournament, the fees will be different. But these fees are usually not high, no more than €10 ($11.06) for a player to compete. These fees also decrease as the number of participants increases.

With non-standard national Elo tournaments, it is often the opportunity for players to earn their first Elo coefficients. According to the rule, a non-Elo rated player must face at least five Elo-rated players and score a minimum of 0.5 points in those five matches. Some chess clubs in Vietnam have organized such tournaments for young players to collect their first Elo coefficients.

For an international Elo tournament, its average Elo must also be high enough to attract foreign players. Because the Elo of Vietnamese players is lower than normal, the quality of these tournaments in the country is not high enough for foreign players to be really interested.

Vinh has held four international chess tournaments in Hanoi, but most of the participants are mostly Vietnamese and few have Elo ratings above 2,000.

Dallas Wilson is one of the few foreign players to take part in a tournament here, but that’s because he was living in Vietnam at the time. The New Zealand player who has an Elo of 1,575 told VnExpress: “I was destroyed by 9 or 10 year old players in Vietnam. My Elo rating is very bad at the moment. Young players in Vietnam are lucky, because they are supervised by the grandmasters. Chess is very popular in Vietnam and young players are also heavily supported by the government.The New Zealand government never supports chess players so we have to pay to play tournaments ourselves.

As Wilson said, Vietnamese chess is blessed with a lot of government support, compared to other countries. The fees for participating in Elo tournaments in Vietnam are also much lower than in other countries. For example, in the Hungary First Saturday or Montenegro Third Saturday tournament, the fee each player has to pay is usually 200 euros ($221.4) or more, regardless of their Elo. In Vietnam, players usually don’t have to pay more than $40.

Although tournament organizers often support international players for a fee, these competitions in Vietnam are still not attractive enough to convince them to participate. Foreign players still have to pay for transportation and accommodation here, if they don’t live in Vietnam. As a result, Vietnamese players still have to compete and cannot improve their Elo rating.

In order to invite high-level international players, the organizers must offer them an incentive. This amount can go up to $500 or more, depending on the player’s level and Elo. In addition, the organizers must also cover part of their travel and accommodation costs. The prize pool must also be attractive enough for them to compete. In short, it’s not easy to organize a standard Elo tournament in Vietnam without a dedicated sponsor.

Vietnam is also not a fertile ground for international players to accumulate more Elo because the Elo of Vietnamese players is lower than their actual strength. Foreign players are more likely to lose their Elo than gain it if they play in Vietnam. To take this kind of risk, they must be remunerated by an income. Without forgetting that the organizers must also prepare the equipment to host the tournament and pay the referees.

“Organizers should limit the number of players in the tournament,” Grandmaster Vo Thi Kim Phung said. VnExpress. “The National Championship tournament is for everyone now, so people aren’t very excited about it because winning it doesn’t mean much.”

Vietnamese chess falls in a loop. This problem cannot be solved in a day or two.

Nguyen Thi Anh Thu, Secretary General of the Vietnam Chess Federation, said: “Vietnam is planning to hold more Elo tournaments this year. Before and after the SEA Games, two tournaments will be held in Hanoi. The federation also sent invitations to other countries in the region. Unfortunately, over the past two years Covid-19 has delayed many tournaments.”

The next tournament is scheduled for April 8-17 in Hanoi. But currently, Covid-19 in Vietnam and Hanoi has shown no signs of abating. The current state of Vietnamese chess still has many other hurdles to overcome, in addition to the pandemic. But at least chess organizations have started looking for solutions to these problems.