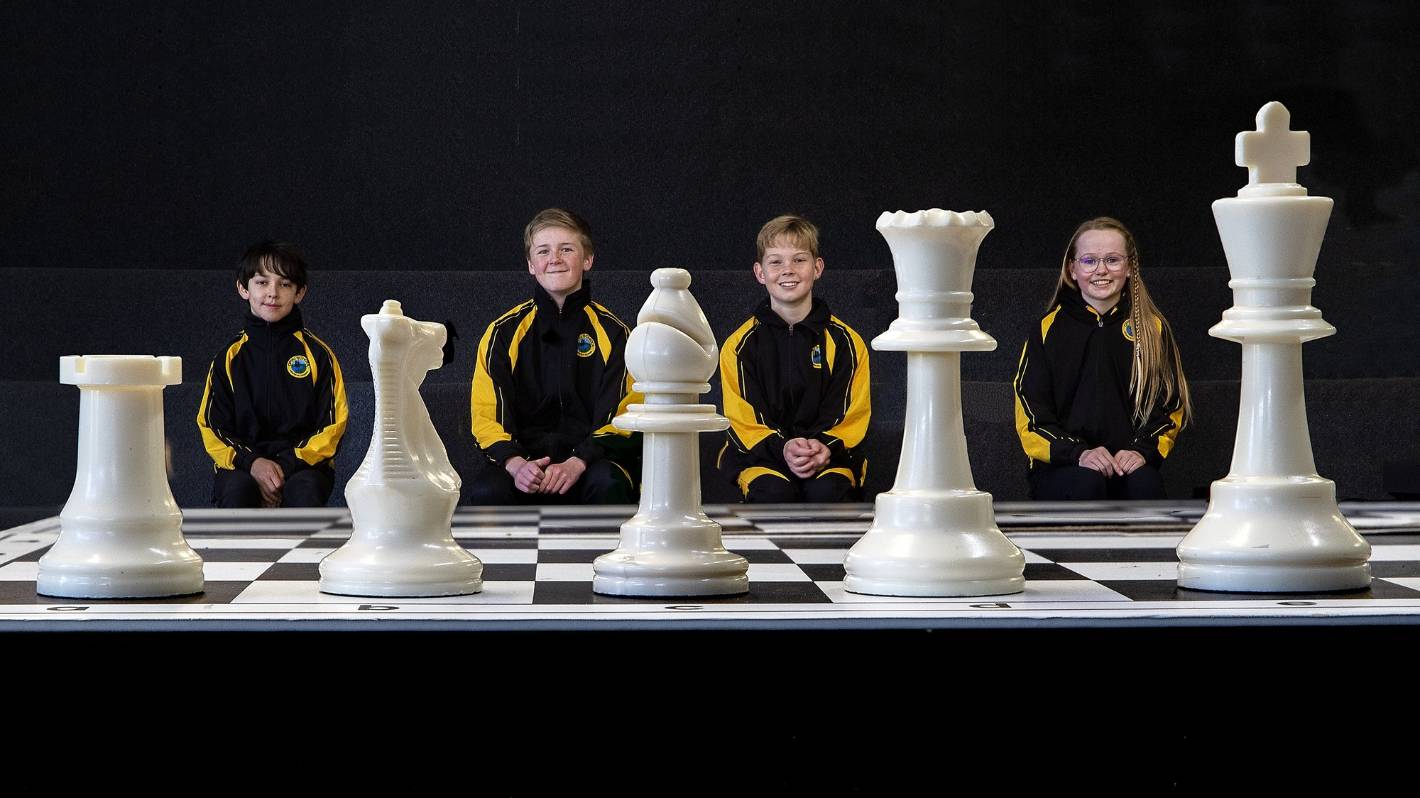 Young chess players compete against the best in the country

YOUNG BRIGHT THINGS: Students at a school in Manawatū hope to beat the best chess players in the country.

The Ōpiki School won the Manawatū Schools Chess at Tākaro Bowling Club last month and qualified to compete in the national championships in Christchurch in October.

William will be the traveling reserve for the Nationals as 12-year-old River Elliott missed the Manawatū competition due to Covid-19 isolation.

In the Manawatū competition they played against schools from Palmerston North, Feilding and Dannevirke.

Emily said it was hard to believe they won the Manawatū title considering how good the other players were.

“It will be crazy to play against all the best players in New Zealand.”

River said qualifying for Nationals was the most important thing they did and he wanted to win.

Cole said they would have fun and winning would be a bonus.

“They are the best players in the whole country.”

They practiced weekly, playing against each other and online, and learned tactics. The chess club was every Tuesday.

Charlie said they were excited to go to nationals.

They all agreed there wasn’t much between them, with a loop of one kid beating the next.

Ōpiki School first qualified for the National Finals four years ago and have been in good form since then, in 2018 and 2019, with last year being canceled due to Deputy Headmaster Covid- 19, Richard Lawton, said.

‘Just a pawn in a game of chess’: Jackson’s water problems continue | app